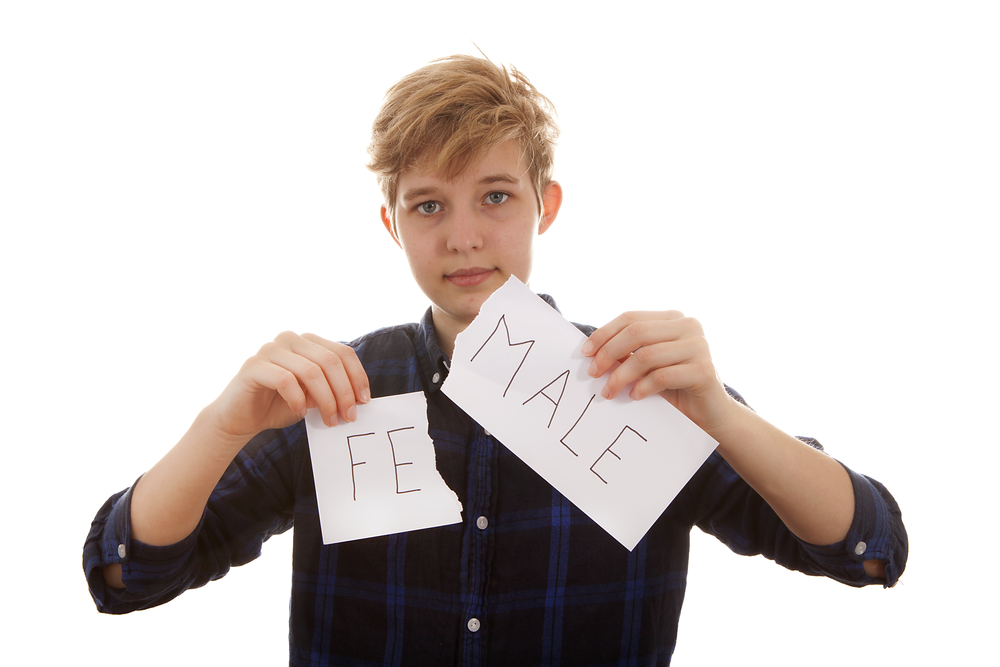 A Life in Transition: From Barton Grover to Bethany Grace

My transition has never been a normal one – whatever “normal” in this context means. I suppose that starts with the title of this article. Most transgender people don’t really like people using their “dead name,” the name they were given at birth. I don’t mind it, though; I had a great 47 years as Barton Grover, and I’ve no regrets about my life then, save for my tragic “mullet phase” in the spring of ‘93. That, too – both the lack of regret and the mullet – I think makes me different than a lot of transgender people. I mention this because as you read this, you need to remember this is only one woman’s story – and a fairly atypical one at that.

Just a bit over three years into my transition, I’m both a doctoral candidate and stand-up comedienne. Both of those make me demographically atypical for sure, though within me they have a lot in common. First, both are categories which define me as financially ruined pretty much all the time. Second, however, is that they constantly put me in a state of consciousness that impacts how I see the world. Everything is funny, until it’s not – and then I analyze the crap out of it. It works for me, though, and as a result I’m a completely well-adjusted person, as four different therapists have told me since I began figuring this stuff out in the spring of 2015.

At that time I was a high school teacher in the small coastal town of Lincoln City, Oregon. I was, among other things, the local drag queen, which to most people I know seems quite similar to being transgender.

Doing drag, however, is a performance, and being transgender is an identity, in much the same way that Luke Skywalker is one with the Force, but in real life Mark Hammill is a Catholic. (Yes, I’ll concede the robes are similar.)

Who I was as a transgender woman was yet unknown to me, my only daily manifestation of female gender identity being a pink coffee mug. Indeed, it was the mug – not the makeup and dresses – that prompted most people to wonder if I was gay. (I wasn’t – at least not yet.)

For the first couple of years after transitioning I looked back on this period with shame. For one thing, I was a terrible drag queen. I didn’t want to perform in bars; I wanted to sit at the bar and talk Judith Butler with the barkeep. (Which, by the way, in a college town like my current home of Eugene, Oregon, is quite possible.) More, though, I felt like I was a strutting lie, in complete denial about who I was.

What I’ve come to realize now, however, is that I was a drag queen because I didn’t know the word “transgender” yet.

Certainly, I’d heard it, but I’d never connected it to myself. As a result, I was a drag queen and I defiantly carried a pink mug – anything I could do to express a femininity I knew was there, but didn’t understand well enough to identify. This is why I do so much outreach these days: people cannot be something they cannot see. And until Caitlyn Jenner showed up on the cover of Vanity Fair, I’d never seen anyone I could be.

When I visualize the awakening of Bethany Grace inside of Barton Grover in the fall of 2015, I for some reason picture the stomach scene from “Alien” – and I will never use that metaphor again. Still, as I began to start living as Bethany Grace part time, I was starting to be conscious of the two people inside me, and all the burdens that carried. This included air travel, where I’d make sure to carefully pack all my feminine attire in a separate bag, thus ensuring that TSA would go through it with all the delicacy of a warthog rooting for grubs. In Portland, the agent pulled my padded bra out of my bag probed it to make sure it wasn’t a bomb. To say I was dejected was an understatement: the first time someone had felt up my chest and I wasn’t even there to enjoy it.

I mention this for a couple of reasons. First, because it points out that no matter what crappy thing happens to me, I tend to look at the funny side of it. I’m proud of this, but also realistic: I can do so because nothing truly bad ever seems to happen to me. Unlike most transgender people, my silver lining seems perpetually attached to a shiny cloud to begin with.

More, though, it’s about taking control.

TSA may get to decide what they are going to look at, but only I get to decide how I react to it. Again, this is a function of privilege; TSA patting down my private parts with the back of their hands – apparently there is nothing sensual whatsoever about fingernails – doesn’t trigger in me the memories of assault or violence, as so many transgender people have experienced. But it’s also the manifestation of a realization that I’ve always had: my differences don’t have to be a weakness.

That’s why when I get patted down these days by TSA, I go in knowing that as a transgender woman they aren’t entirely sure where my private parts are.

My chest? Between my legs? Where between my legs? They don’t know. So I giggle a lot, just to throw them off. At LAX, I have an agent who is convinced my arousal zone is in my left armpit.