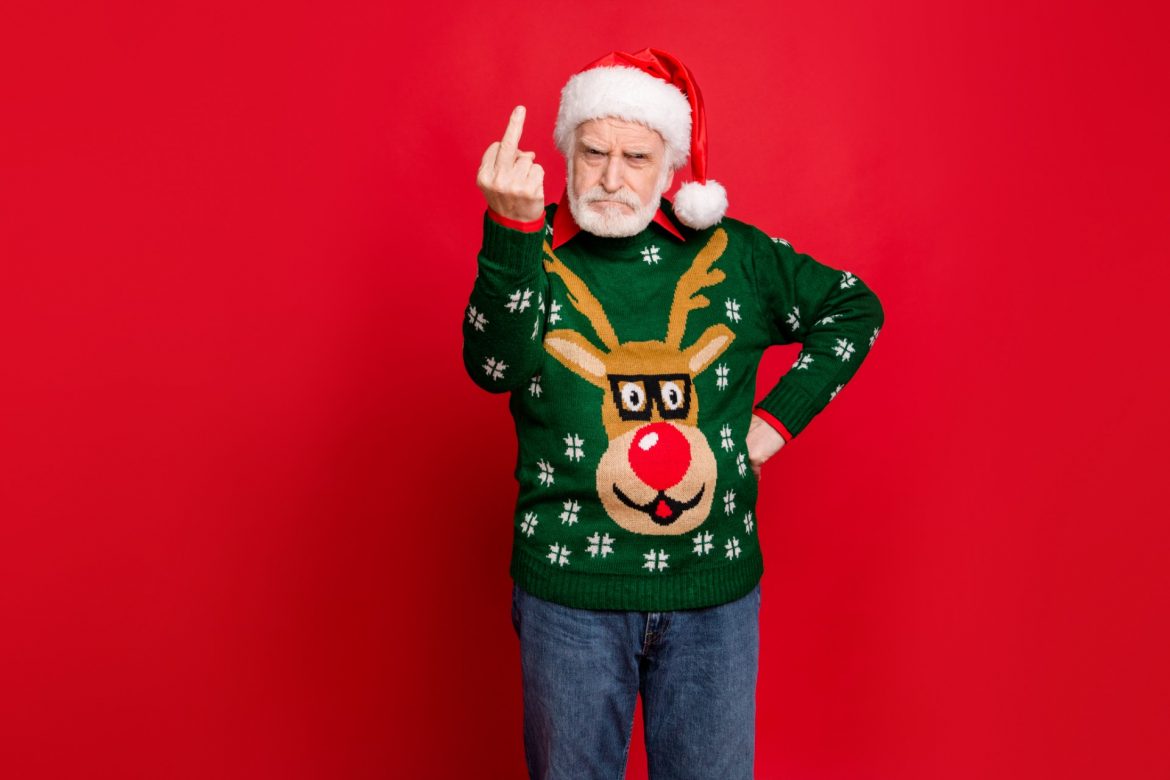 It’s that time of year where I’ve started to be bombarded by cards and magnets wishing me “Happy Holidays” from family far and near. In between scheduling my meager days off around the obligatory family visits and seeing my family’s forced smiling faces staring back at me from the fridge, I started feeling slightly nostalgic. Not for the majority of them of course, but specifically for an uncle I hadn’t heard from in 15 years.

This uncle lives “off the grid” so Google stalking was difficult. But my millennial internet sleuthing skills found an active email address for him. I was warmed at the thought of us exchanging emails like I used to do with my Grandma when chain letters were a thing, and memes were just a million cat pictures she figured out how to copy and paste.

Within a few weeks we had caught up on all the family gossip: who’s in jail, who’s on their sixth marriage, whose mobile home was condemned – all important topics for a poor, Midwestern family. We exchanged a few recipes, promised to make visits. It was all going along quite nicely until I woke up to find this subject line waiting for me in my inbox:

My eyes and brain were immediately assaulted with “progressive left wing” this and “feminization of men” that. As I read further, the more confused I became. According to my uncle, The American Psychological Association has released new guidelines that “treat masculinity as a disease.” He then went on to define masculinity as “stoicism, competitiveness, dominance and aggression” and insisted that none of these traits are harmful. I imaged him proudly strutting his MAGA hat while picketing Planned Parenthood to ensure his white male privilege maintained its dominance.

“Could this all have been a joke?” I thought to myself… until I reached the point where he used Vice President Mr. Mike Pence as a shining example of the vilified male who is “mocked when he adheres to a code of morality and chastity.”

This entire email struck me as the manifesto of toxic masculinity. All it was missing was using Kavanaugh’s “boys will be boys” to justify rape.

I’ve been in this family long enough to recognize when someone refuses to take their meds. And I’ve listened to enough true crime podcasts to know when not to engage in order to keep myself safe. Luckily for me, I’m also off my meds (muahahaha!) and I’m very much down for “Destroying the Natural Order” if it means an end to this kind of fuckery.

Having recently read Jonathan Van Ness’ autobiography Over the Top: A Raw Journey to Self Love (shameless plug – he’s amazing), I couldn’t help but channel my inner JVN snap back. So I replied with a .gif of JVN being their most fabulous self, and added a link to a donation receipt made in my uncle’s name to Planned Parenthood, by yours truly.

I know I’m not going to change his opinion that my beliefs are “teaching men that they are defective women” but it did help me reach my Giving Tuesday fundraising goal. And it made me feel soooo much better about my slightly petty actions. This holiday season, if you feel the need to connect to that long-lost relative, make sure you have the properly offensive charity picked out juuuust in case.

If My Life Were A Rom-Com

A Lady’s Guide to Keeping Weed Under Wraps...