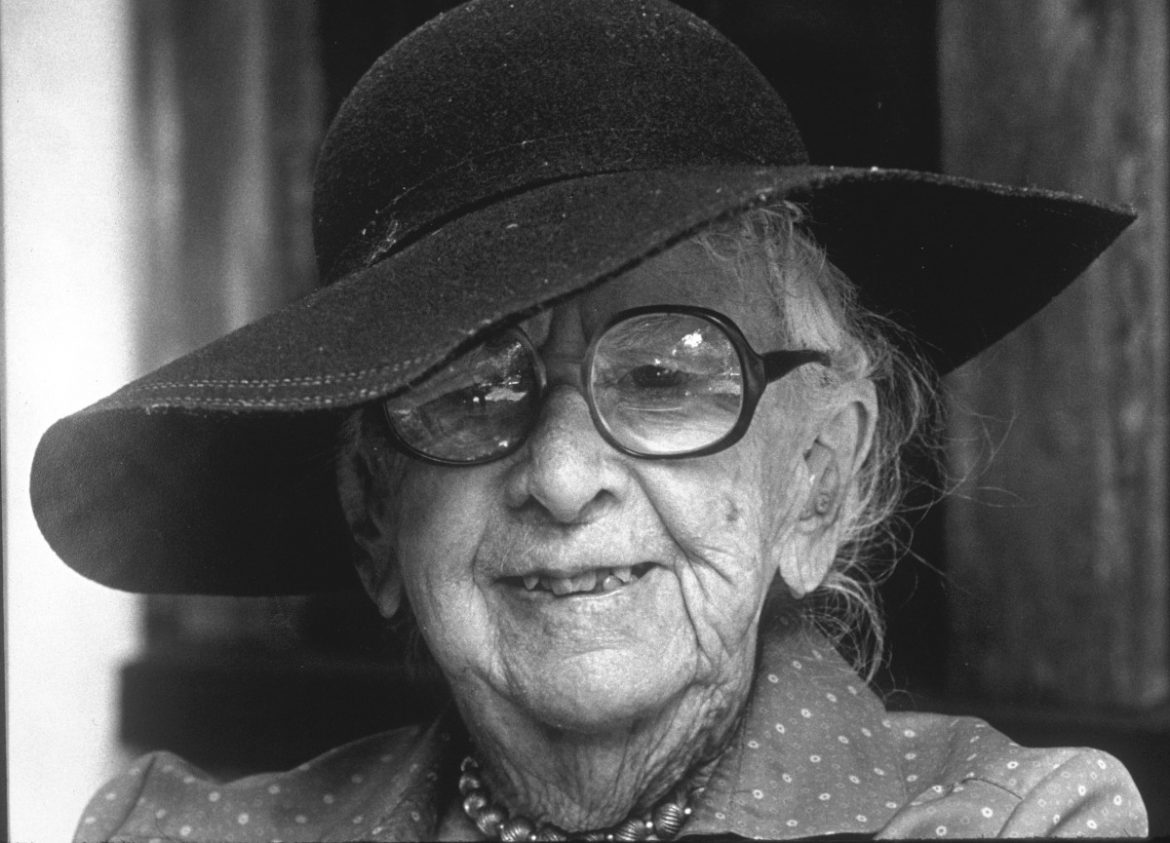 Even the ‘Gators Didn’t Intimidate Her

In celebration of Women’s History Month, this is one of a series of articles about women we should all know more about.

Most of us became aware of the name Marjory Stoneman Douglas when a teenage boy shot and killed 17 people at the school that bore her name in 2018. But this is not how she should be remembered — Ms. Douglas was a force to be reckoned with and should be celebrated for her contributions to the world (which undoubtedly would have included marching for gun control) were she alive today. In fact, in 1993, she was invited to witness the signing of the Brady Handgun Violence Prevention Act).

How much do you know about this bad-ass woman? Take this short quiz to find out.

1. Which of the following is Marjory best known for?

a. Inventing the umbrella
b. Her efforts to save the Florida Everglades
c. Having a character in The Simpsons named after her
d. Receiving a doctorate in mathematics when women were still being told not to worry their pretty heads about numbers

The answer is B. Marjory fought to change the opinion held by most at the time that the Everglades was just a swamp (surely they meant Washington, DC). She worked to educate Floridians and others about the biodiversity found there. (Another woman sharing the same first name, Marjorie Lee Browne was not only one of the first women to receive a doctorate in math, she was one of the first African-American women to do so.)

a. Inspiring the iconic Rosie the Riveter
b. Inventing the electric refrigerator
c. Working as a reporter at what would later become the Miami Herald
d. Designing bras, that she would later burn during the ‘60s.

Marjory started off as a reporter for her father’s newspaper, which later became The Miami Herald. She later became an editor and focused her editorials on problems of rapid commercial development. In other words, this radical upstart was fighting capitalism even before Bernie Sanders. (It was Naomi Parker Fraley who inspired Rosie the Riveter and Florence Parpart who invented the refrigerator. Also, it’s a myth that women burned their bras in the ‘60s).

3. Marjory also worked to improve society through campaigns for all but the following:

D is the only campaign that she did not work in, although how she preferred her OJ is not specified in her biography.

a. The Presidential Medal of Freedom
b. Just slightly too few votes to be elected mayor of Miami
c. A package meant for her sister
d. Unwelcome advances from Bill Clinton

The answer is A. She received the Presidential Medal of Freedom from President Bill Clinton who touted her as a passionate steward of the nation’s natural resources. She was also inducted into the National Wildlife Federation’s Conservation Hall of Fame in 1999, and the National Women’s Hall of Fame a year later. (There have not been any female mayors of Miami, although Matti Herrera Bower was the first woman and first Hispanic mayor of Miami Beach. It looks like the big city could learn something from its smaller cousin.)

5. When delivering a speech to the Army Corps of Engineers, which of the following was said about Marjory:

a. She was too bossy
b. Her dress was too expensive and inappropriate for the event
c. She probably intimidated even the mosquitoes
d. She should smile more

C, although people probably said all these things behind her back as they have about powerful women throughout history. Marjory was voted “class orator” in high school and she went on to use her speaking skills to change people’s minds about natural resources, voting rights, and the role women should play in making the world a better place.

Marjory also authored many books, including her best-known, “The Everglades: River of Grass.” To celebrate this woman’s 108 years of kicking butt and taking names, consider checking it out for inspiration.