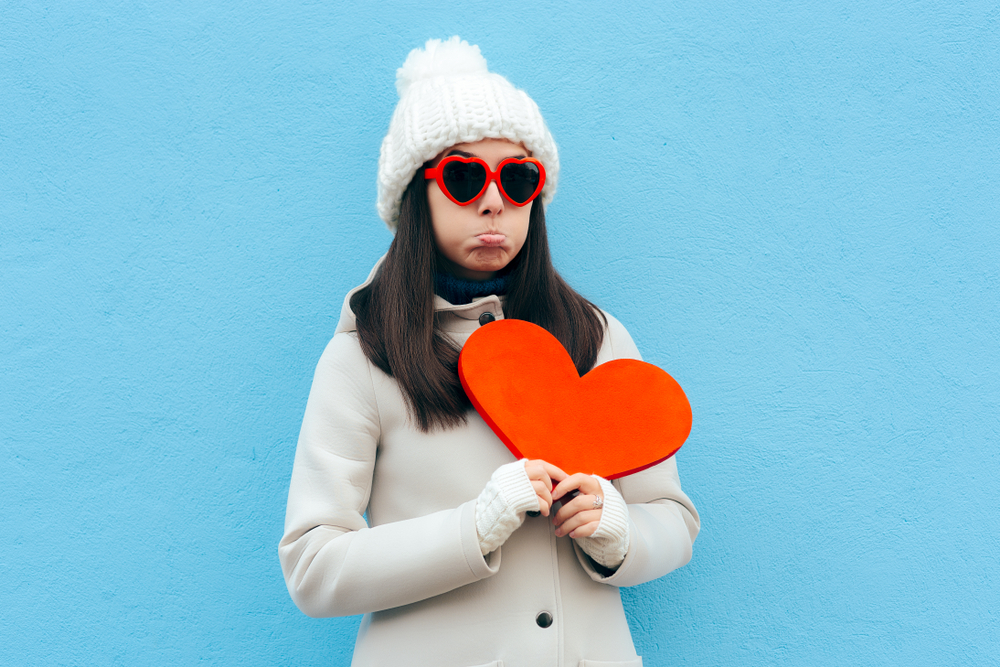 Many Christmases ago I did something for love that should definitely have been made into a Hallmark holiday movie by now. But since the “leading man” and I didn’t end up together – in fact, I’m not sure he was ever aware of my existence — our love story has remained unspoken. Until today. Now I offer it up as a reminder that even those of us who are wise old feminists now made some silly choices when we were young.

I was in the 10th grade. Scott was in the 12th. I lusted after him from afar – at least as far as the distance from the door to the band room where he hung out when he wasn’t barely passing his classes. Don’t ask me how I knew about his academic performance.

While I was in the math club, the debate team, and choir, Scott devoted his time to playing the Kettle drum, also known as a Timpani (not “tamponi” as I originally typed). Something about the resonating tone from his drum got me as hot and bothered as a 10th grader with a mouthful of braces that sliced into my lips every time I smiled and a slide rule hanging from my belt was capable of getting. I was all bloody lips and hormones whenever Scott hit that drum with his mallet.

Truth be told, to this day, when I watch a band in concert, I find myself fixated on the drummer. For a while, I semi-stalked Don Henley of The Eagles (by attending all his solo concerts and watching him through binoculars) and would have gladly given up my life to be his back-up singer. To prepare for that possibility, I learned the harmonies to all his songs just in case the phone rang and he insisted I drop everything and join him on the road. Ah, sadly, that call never came.

Sometimes I wonder if my affinity for drummers stems from the fact that I have absolutely no sense of rhythm, so I am attracted to men who can keep a beat.

Anyway, back to the story.

One day in band room… I heard from my spot near the front door that Scott had been chosen to play his drum for our community’s production of Handel’s Messiah. My ears perked up and I did what any crushing 10th grader would do. I ran as fast as I could to my choir teacher (trying not to trip over my slide rule) and asked what it would take for me to get a part in the production as well.

He told me they were having auditions that week and that anyone who lived in our small town could try out! I was giddy with delight.

Now, before we proceed forward with this one-sided romantic comedy, you should know that even as a teenager, my voice was always fairly low. I usually sang alto in my school choir. Whenever I attempted to sing first soprano (the highest female vocal range), I sounded less like Mariah Carey and more like a cat in heat.

The date of the audition came and I stood nervously on stage at the community center, ready to sing my prepared holiday song, Silent Night. But just as I reached center stage and was about to open my mouth, the choral director belted out from his seat in the audience, “We’ve already filled all the low parts. All we need are first sopranos.”

My heart sank. But I mustered up my courage, swallowed one of the rubber bands that had fallen off my braces, and gave it my best shot.

By some miracle, I got in! Hallelujah! Perhaps they were hard up for bodies to fill up the stage during the performance and thought the women who could actually reach those high notes would easily drown me out. Perhaps they wanted to encourage younger people’s dreams – other than Scott and me, there was only one other girl in that production who was under 40. (And you can be sure I kept my eye on her so that she didn’t set her sights on “my man.” I’m still watching you, Andrea!)

Every night after rehearsal, my throat hurt from straining for notes that were clearly not meant for humans to sing and could probably only really be heard by nearby dogs. But the pain was worth it because I stood with the first sopranos on the risers immediately above the drummers and would spend two hours a night singing and grinning (and bleeding) like an idiot.

The big day of the first performance came and we were all dolled up in our holiday finery. I have to admit, I looked pretty good for a geek, in my red dress and green knee socks. I sang my heart out for Scott, who clearly couldn’t hear me over his drums.

After each of our four performances, I willed myself to say hello to the boy I was sure would play his Kettle drum as he stood next to a preacher waiting for me to walk down the aisle to marry him. (There were also, in this fantasy, woodland creatures carrying my train, which would be amazing.) I never spoke to him. Not one time. Not ever. He graduated six months later, left for college, and took his sexy drum and mallets with him.

But for one Christmas, I lived almost the perfect holiday romance. In the movie, which will be slightly tweaked for adults, rather than kids, I’m hoping Adele plays me. I don’t care who they get to play Scott as long as when he plays the drums, I grin like an idiot again.