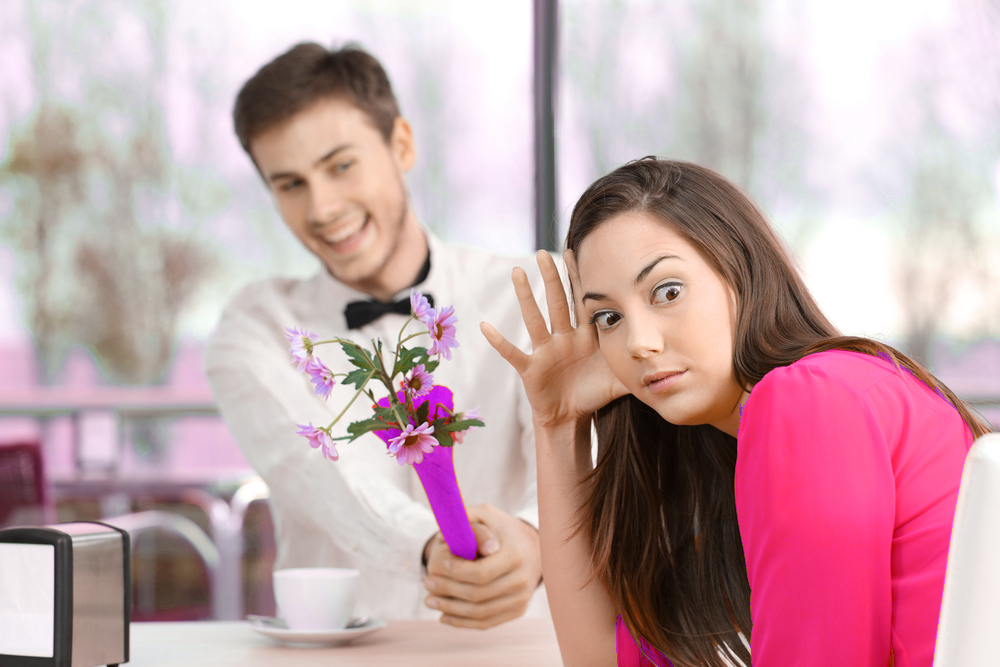 No One Can Make You Feel Inferior Without Your Consent, or so They Say

Embarrassingly enough, 90% of my therapy woes revolve around a very uncool topic for a self-proclaimed feminist: men. What keeps my neurotic head above water during these dead-end relationships is reading the words of trailblazing women.

Except for Eleanor Roosevelt. She can fuck off.

“No one can make you feel inferior without your consent,” she once said.

Ok, but did she ever date a psychopath? Also, I doubt Eleanor was ever ghosted. And did she have to search Urban Dictionary for three-letter acronyms such as “MBA”, only to find out that a man did not, in fact, earn his Master of Business Administration, but that he’s Married But Available? Eleanor Roosevelt blabbity blah blah’ed this notion of emotional consent, but it just might be time to pull away that pedestal.

Unlucky me, I dated multiple maybe-psycho-but-definitely-loser guys. I’m certain Eleanor would roll her eyes and tell me to take responsibility for my dating decisions. She just wouldn’t get it. No date ever asked permission to insult me! And I never received a Terms of Use from a boyfriend! I was fully unprepared for mistreatment.

Below are the rap sheets of all the men I’ve dated. I’m sharing this information because I am a philanthropist. Think of all the therapy funds saved if ladies could rapidly identify personality flaws and avoid dating “maybe psycho” men. Or at least dump their asses faster.

However, if a man veers more into the “definite psycho” realm, don’t try ghosting him because that’s just plain rude; instead, consider faking your own death. Play it safe because initiating a breakup might result in a lady becoming a homicide victim (according to the many Forensic Files episodes I’ve fallen into a one-eye-open sleep to).

Down memory lane we go. WEE!

The Apathetic Stoner seems harmless. Don’t let this wolf in hemp clothing fool you like he fooled me! Being young and consuming romantic comedies regularly, I failed to realize that hormones are sneaky little bastards that distract women from understanding that you should NOT be with someone who stole your birthday present from the college bookstore, and more important, when are you ever going to wear a sweatband? I realize this sweatband gift was a nudge to hit the gym. This prank-present was absolutely the cleverest thing he ever concocted. He mentioned being hesitant to commit to a fat person; never mind that he was fat. I am VERY lucky he did not pick me. I am also VERY lucky to be fat.

Then appears the Lola Man, who showers me with compliments and attention. Being divorced and then abandoned by his baby-momma is great news because he’s desperate. THE UPPER HAND IS FINALLY MINE. One night, with a few drinks under his belt, he begins to swing his hips like a 1950s bombshell. Ok, cool, he’s just sassy and comfortable with his feminine side. Then comes a dramatic shift in behavior and overall aura, and I come to discover he’s got a FEMALE ALTER. You know the song well: Lo lo lo lo Lola. Being the open-minded individual I strive to be, however, I continue to date him/her. Until that snotty Lola proclaims that she finds me boring. Perhaps Lola is correct. I only have one persona.

Narcissistic Weasel is a fascinating case. Nearing month two of dating, we meet for lunch where he presents me with flowers and a card. How sweet! Except, he’s cutting ties. Fortunately, I have ample trust issues and already became suspicious of a lady on his Facebook. Interestingly, Facebook lady’s “In a relationship with Narcissistic Weasel” was posted just three hours after he dumped me. Confronting Narcissistic Weasel, he claims “it’s not what you think” and some other convenient versions-of-truth. The entire time we had been dating, my gut sent RUN FAR AWAY signals that I mistook for being hungry. I gained a few pounds. I also gained a newfound appreciation for the phrase “trust your instincts.”

Now for the minor offenders. These fellas are not as detrimental to a lady’s emotional health as those aforementioned. Nonetheless, I wouldn’t pass up a pedicure or solo Netflix chill to be dating them. The lineup consists of:

With the Maybe Psycho/Definitely Loser profile in hand, feel free to go out there and say ‘no’ to men. There are thousands of available men to reject! He’s holding that puppy a little too much like an accessory? Swipe NOPE. He’s incapable of discussing autopsies over dinner? Swipe NEVER.

I’ll bestow one last snippet of advice to my fellow lady-daters. Before getting serious with someone, I ask myself:

If the answer to both 1 and 2 is yes, I immediately acquire a life insurance policy on my new beau and proceed with dating.

My vast Forensic Files knowledge will come in handy if he ever displeases me. After a socially appropriate grieving period, I’ll hire male escorts to serve as my companions thanks to those sweet life insurance funds. And the escorts will be provided a Terms of Use for review, of course.