The first thing that struck me, besides the enormous member of one of the actors (called “the hammer”), was the audience. 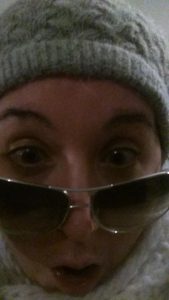 Anyway so, the audience… it was almost all women, the only men in the theater were film critics or journalists sent to document the event.

The real novelty was the existence of a plot, an actual storyline.

What I mean is, there’s no plumber that rings the doorbell – already hard -, with the housewife that opens the door but forgets she’s naked and drops the mop (which is how she ends up on all fours with the plumber smacking her ass with the mop as she looks into the camera all taken aback and starts to moan “Oh my God”).

The housewives don’t walk around at home naked with fake boobs up to their tonsils, instead they’re normal women: tall, short, thin, round, imperfect and normal.

They don’t wake up in the morning wearing 25 cm Plexiglas heels, made up like Paris Hilton, with piggy tails and a lollipop for breakfast instead of coffee.

For starters, they have to talk to her. No more moaning, no more caveman grunting or asking “Do you like that?” over and over. How in the hell is she supposed to answer anyway with her mouth packed like a can of sardines?

And these poor women are scripted to respond “Oh yes, I like it”, like one of those Chatty Cathy dolls with only one phrase programmed in her microchip.

Finally there are men who can speak in complete sentences, ask her out to dinner and -cue the fanfare-, put her pleasure before his own.

Here, ladies, we are standing before a historic event, an actual revolution in the relationship between the sexes.

We have moved beyond the penis-centric concept of sex, or beyond the dick, to a vision that is egalitarian and attentive to the female experience.

So we will no longer be seeing idiot madmen running around trying to plug any hole they can find, even the electrical outlet (since it is equipped with holes). Instead we have considerate men who wait for the right moment to make their move.

Are you at home, wearing slippers, no make-up, disheveled, looking your worst, but you want to get it on anyway?

Answer the door, Pony Express will send an absolute dream boy to deliver your pizza, and he can’t wait to complete your order.

Just relax, stay in your pajamas and don’t worry – he’ll make you feel like a sex goddess anyway.