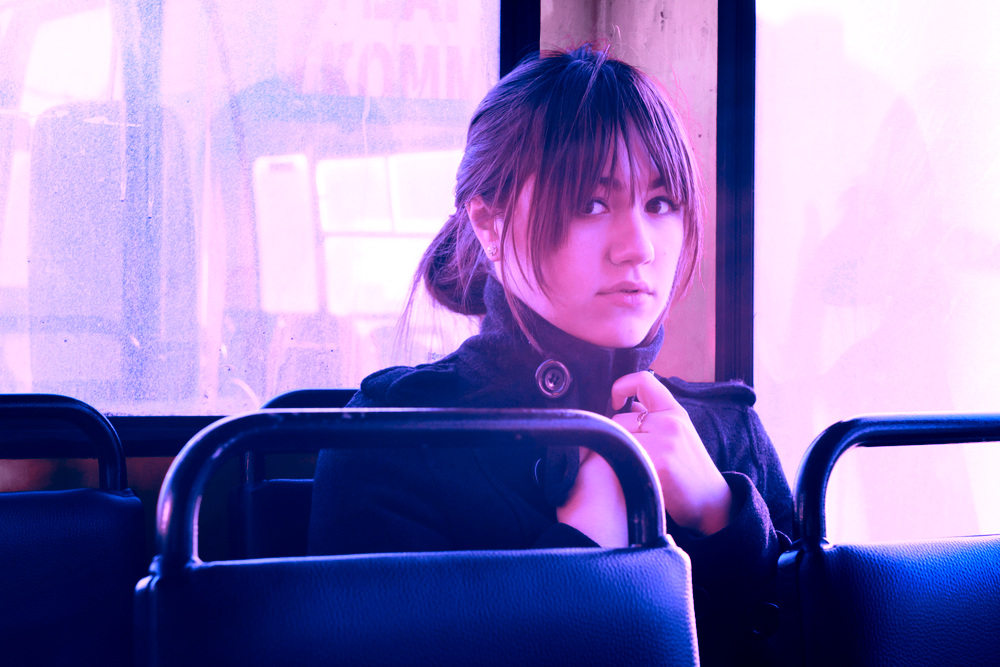 I am writing in the hopes that you will grant me a lifelong exemption from environmental quality controls. I lived in Seattle for six years and utilized public transportation 5 days a week. That’s 1,560 days of being environmentally friendly! This at least entitles me to being exempt from vehicle emissions testing until 2022; by that time, I fully expect to be living off-grid because I REALLY can’t handle society much longer.

My body and psyche were put through the wringer in order to keep your precious ozone layer healthy. If my exemption is not granted, I’ll have no other choice but to leave the freezer door open, light firecrackers in August, place recyclables in the garbage, and drive a van sans exhaust pipe. To aid your decision-making process or whatever you do in those government buildings (Magic 8 Ball everything?), below is a chronology of my bus experience.

Year one: I GOT OFF WORK EARLY! And the bus demographics sure are different. The 3:30 dress code is what I would describe as “Burning Man Casual,” except I’ve never been to Burning Man because crowds and fun make me uncomfortable. A gentleman up front is chowing down on donuts. He proceeds to offer fellow riders his half-eaten donuts, for a mere fifty cents each. Oddly, no one takes him up on this offer. He winks at me and mumbles something. Commuting sure is entertaining. This isn’t so bad!

Year two: Everyone on this bus is pissed and sweaty, including me. Then it gets worse because this preppy asshole steps on my foot. HARD. I grunt and wriggle out from under his brown-leather loafer oppression. I felt a CRACK, so I know at least one toenail is broken (turns out to be two). Does Mr. Asshole even say sorry? Nope. He eventually registers the horror on my face, lifts his cloven hoof off my foot, and pivots his body away so that he may continue to ignore my existence. This special kind of sociopathy is only found on the bus.

Year three: I lost 40 lbs. this year. What was I thinking? Being really fat has advantages; not only are you overlooked by men, but I never before questioned my ability to punch out perverts. Today, the guy across from me refused to accept my eye-rolls and crossed arms as a sign that I wanted to be left alone. He had the nerve to reach over and pat my hand to get my attention. Good thing I bought hand sanitizer. And pepper spray.

Year four: An inebriated man serenades me, swinging his Tall Boy side to side with each lyric. Very sternly, I say that he’s not allowed to drink beer on the bus. He ignores me. He sings. I tell him to knock it off. I’ve become more confrontational over the years in order to survive public transportation. I can’t tell if my fellow bus riders are made uncomfortable by him, or by a woman speaking up. Maybe I just need to accept that I’m the drunk man’s catnip. HISSS.

Year five: I hear a belt unbuckle. I hear a zipper unzip. I hear the man behind me direct his lady-friend to DO IT. Oral sex is one of the many community activities you’ll get to witness while on public transportation. I have the audacity to invade their privacy: I march to them, glare, and then ask very loudly if the lady is alright. She can’t answer for herself because a little something is in her mouth. Does this happen to everyone, or am I just cursed?

Year-I-can’t-take-it-anymore-six: Another crowded bus. Everyone is uncomfortably touching and being touched by each other. But there’s this one special dirtbag behind me that’s too close and…WAIT. Why is dirtbag grinding his dick on my ass? I turn around and give him the ugliest face I can muster. He backs off. A tiny twenty-something gets on the bus, and his dick magnetically sticks to her! She looks like she’s about to cry. I’ve no choice but to start yelling at him in front of everyone. GET YOUR DICK OFF PEOPLE! YOU ARE NASTY! When I declare I AM CALLING THE COPS, he bolts off the bus. I am livid. I am also smacked with the uncomfortable realization that I didn’t make a scene until someone else was assaulted. I seemed to have simultaneously disappointed patriarchy and feminism today.

The gender pay gap never allowed me the option to spend $320 a month for parking. Approving this exemption is vital because each day I go without a penis, I risk financial ruin. Perhaps I should just start burning old tires or stretched-out shapewear ASAP to supplement my income!

And so Environmental Protection people, doesn’t it seem an unfair choice? Drive myself to work and increase this carbon footprint that I’m supposed to feel guilty about, or, face another marriage proposal by some drunk guy who may or may not hurt me if my reply is no (or yes).

Sincerely sick of all this bullshit,

P.S. I was going to write the White House, demanding improved safety measures as well as a culture of accountability for public transport, but I have an inkling my efforts would backfire in the form of a Presidential pussy grabbing. Call me crazy. I just want to commute in peace. My sexual assault-free future is in your hands.