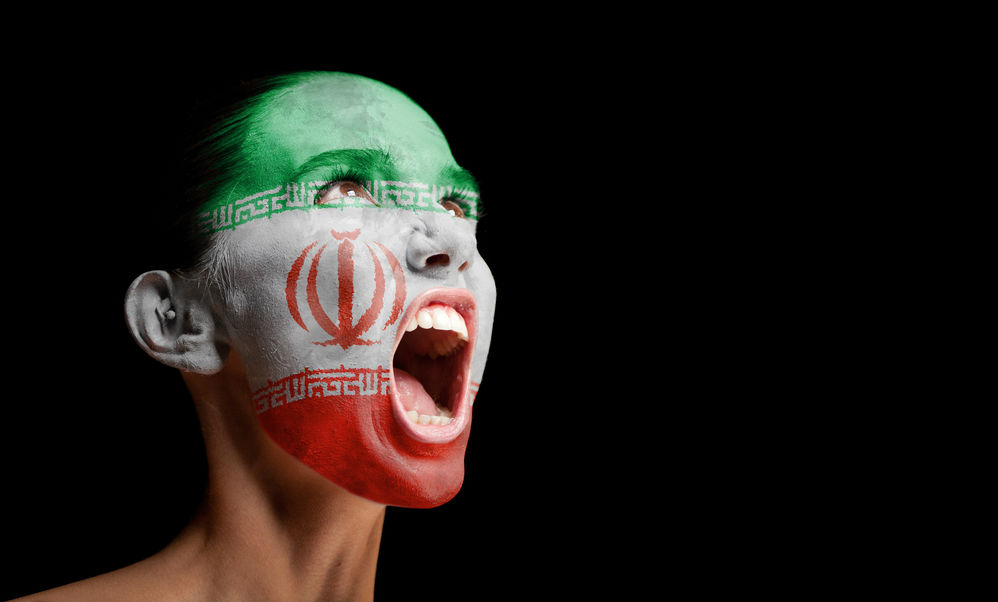 Fresh off watching The Grammy Awards, I feel like singing about the empowered women who took the stage and won many of the awards. I’ve always loved music, singing in particular (because I haven’t found a musical instrument I can play without driving my dogs and neighbors to howl). As a young girl, I dreamed of growing up to be Julie Andrews or, later, one of The Eagles. These days, I regularly write and perform song parodies as part of my stand-up comedy.

Needless to say, the idea that there are societies that prohibit women from singing in public makes me want to punch someone in the throat.

But for the past 40 years in Iran, women have not been allowed to sing alone in front of males or mixed audiences. The reason, according to conservative Muslims, is that a woman’s voice can arouse improper sexual thoughts in men. I’ve gotta say that has never been the case for me. I have never launched into a Bonnie Raitt tune at karaoke and have men throw their tidy whities at me (and I’m thankful for that fact).

Sepideh Jandaghia, a professional Iranian singer, told the Center for Human Rights in 2018 that women in Iran are only allowed to perform in public if they do so with a man, which, she said, “is something I have never wanted to do”. Just imagine being Taylor Swift and being forced to work with Kanye and you can understand Sepideh’s resistance to being forced into a duet.

Another Iranian singer who calls herself Hani, formed a group that sang traditional Iranian music in their home country, but organizing and paying for women-only concerts — which is allowed — was burdensome. So she eventually moved to Iraq where she could perform in front of anyone she wanted.

Until the Islamic Revolution in 1979, female vocalists were allowed to perform without these restrictions, but the Ayatollah Khomeini declared such performances were against Sharia law. Iran’s current leader is more “progressive” and has ruled that women can sing in public “if the intention is not pleasure.” I guess if you’ve started a band with the goal of creating music that brings people misery and pain, Iran would be the perfect place to schedule a concert. Ironically, the only bands I can think of that bring me misery and pain are all-male. I’m looking at you, Nickelback.

Iran’s misogynist approach to music is best summarized by Sepideh who noted that, “The Friday prayer leader of Isfahan has said, ‘If we have female doctors, it is because we need them. But who needs female musicians when we have men?’”

Let’s see Adam Levine step in for Lady Gaga (I’d pay good money to see him try to walk in some of the shoes she has worn on stage). And I’m fairly certain most people would agree that there’s not a man alive who could do justice to Aretha Franklin’s vocals.

Speaking of well-known singers, imagine having a thriving music career spanning decades and suddenly having the rug pulled out from under you. That’s what happened to Iranian pop star Googoosh, a music phenomenon in 1960s and ’70s who recorded songs in multiple languages and appeared on stage with icons such as Ray Charles and Tina Turner. But when the restrictions on women’s singing in public became law, she stopped singing… for 21 years.

But rebellion grows in suppression like dandelions grow through cracks in concrete, and women are standing up against the rules Iranian men have set for them.

For example, two 20-something women living in Iran have recorded and released their first song entitled We Stand Up on YouTube, for the whole world to hear (watch it below). Their names cannot be revealed for their safety, but their music is there for all of us to celebrate. We can all support them by giving their music and that of other Iranian women a listen.

Meanwhile, I’m going to test out the theory that women’s singing drives men to fits of passion. The next guy who asks me out is going to be serenaded with my rendition of Lonely Goatherd from The Sound of Music. I’ll report back on the results later.