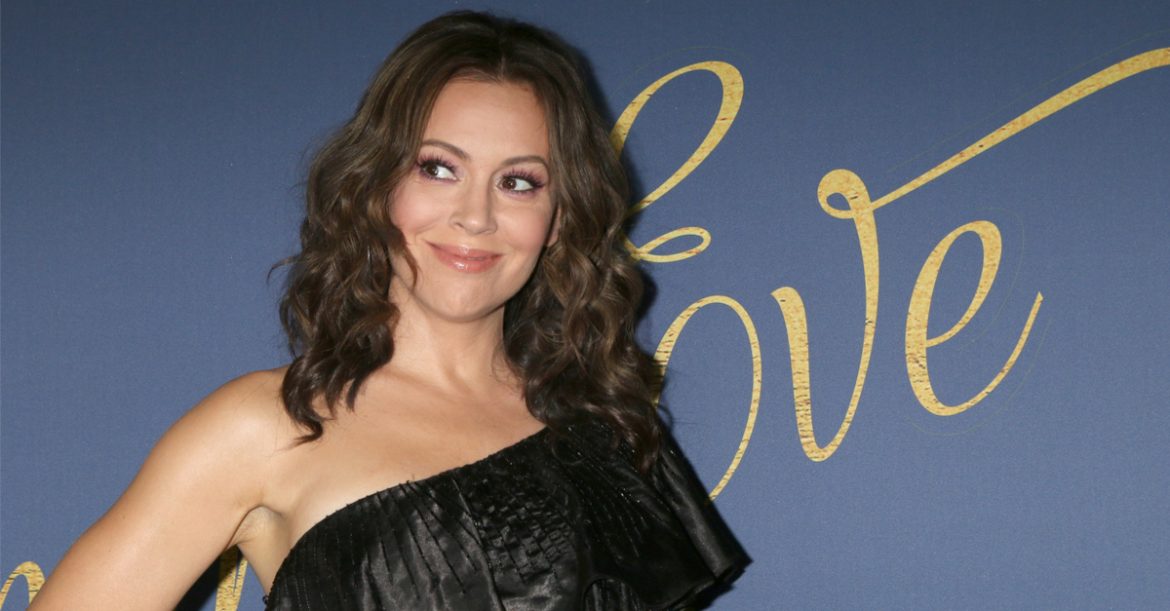 In celebration of Women’s History Month, this is the second in a series of articles about women who are working to make the world a better place that we should all know more about.

When you think of women fighting for equality and justice today, the host of Project Runway All Stars may not pop to the top of your list. But Alyssa Milano, is much more than a reality shows host and actress. Let’s see how much you know about this mover and shaker who is truly an inspiration to women and girls across the world today.

a.     It included the first gay character
b.     All of the main characters were female
c.     The stories focused on a high-powered professional woman who hired a man to take care of her house and child
d.     It was the first silent TV show, done primarily with shadow puppets

The answer is c. Alyssa played the daughter of the housekeeper/manny, played by Tony Danza. While other sitcoms in the ‘60s and ‘70s had featured working women (Julia, That Girl, The Mary Tyler Moore Show, for example), none flipped the script like Who’s the Boss. (The first gay character on a sitcom was played by Billy Crystal on Soap. The first sitcom with an all-female cast of main characters was The Golden Girls.)

2.     Alyssa was recognized last year by Time Magazine for what?

a.     Her work in making #MeToo a rallying cry against sexual assault and harassment.
b.     Winning the most money of any female Jeopardy champion
c.     Leading Our Children’s Trust in their effort to sue the government over climate change
d.     Her cookbook titled, “How to Deep Fat Fry the Patriarchy”

The answer is A. Along with Tarana Burke, the creator of the original MeToo movement in 2006, Alyssa was recognized as one of the “Silence Breakers” chosen by Time Magazine as ‘person of the year.’ Her tweets about women’s responses to the sexual misconduct allegations against Harvey Weinstein helped turn the hashtag #MeToo into a movement. (The highest earning woman on Jeopardy is Julia Collins. Another Julia, Julia Olson, is the lawyer who is leading the fight over climate change, along with Kelsey Juliana, a young girl who was only in the 5th grade when she started her environmental activism).

3.     Recently, Alyssa testified at a Congressional shadow hearing on what subject?

B is the correct answer. She started off her testimony with, “My name is Alyssa Milano, and I do not have equal rights under our Constitution. I have a three-year-old daughter named Bella. She does not have equal rights under the Constitution, either.” (Would I like to see an episode of Project Runway in which old men in the Senate have their wardrobes and attitudes made over? Yes, I would.)

4.     To what television moment does Alyssa attribute her dedication to fighting for the rights of all people?

C. Alyssa appeared on an episode the 1980s talk show, The Phil Donahue Show, with Ryan White, a 13-year-old boy who had contracted AIDS through a blood transfusion. Just a teen herself, Alyssa gave Ryan a kiss on the cheek to show the audience that AIDS couldn’t be transmitted through causal contact. She says she has never forgotten that moment.

5.  Last year, Alyssa served as a chauffeur for whom?

a.  Surprised Lyft passengers
b.  Alabama voters
c.  Homeless animals rescued from Hurricane Harvey
d.  A reunion of child stars from the ‘80s

The answer is B. In order to help Democrat Doug Jones win election to the Senate against his opponent, accused child molester Roy Moore, Alyssa took the wheel and drove voters to the polls. Since then, she has joined the board of a nonprofit organization called Spread the Vote that helps make voting easier and more accessible to everyone.

6.     In addition to political activism, Alyssa has been active in all but the following:

a.     Normalizing breastfeeding
b.     Animal rights
c.     UNICEF and their fight for helping the spread of disease in developing countries
d.     Clog-dancing

The answer is D. While she may be a clog-dancer for all I know, it’s not on the list of the many ways in which Alyssa has been working to make the world a better place. Her activism and interest in fashion partnered up when in 2007, she wore a dress made of vegetables to promote vegetarianism.

When we think of celebrities and their influence over their fans, Alyssa Milano has certainly shown that she’s the boss. Recently, she was asked if she would ever consider a political run herself. Her answer? Yes, but only after her kids are grown.