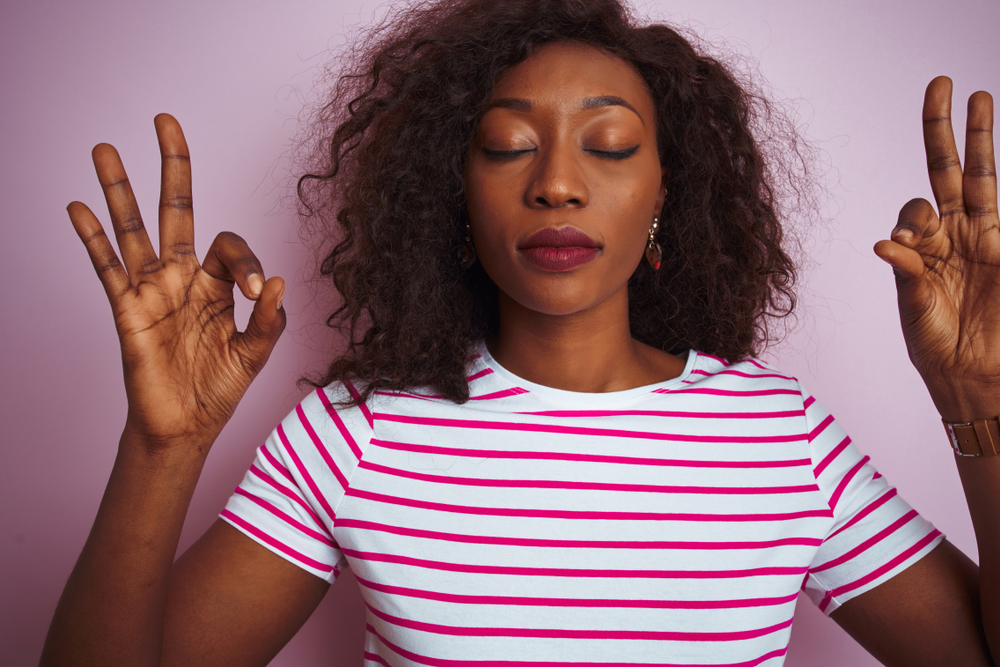 Why Is It So Noisy in My Head at This Silent Retreat?

I’d say I was there for all the right reasons. I wasn’t looking to make friends. I wasn’t trying to get famous. I didn’t desperately need a week of only yoga pants (I do that anyway). I just wanted to take a vow of silence and meditate for a week.

I was sharing a room for the first time since college. I accepted with “gratitude” my task of cleaning the toilets that 20 other women frequented. During our eight hours of daily meditation, I could hear the people next to me breathe loudly. And, to fill the hours and hours of free time, I people-watched.

There were rules for good behavior. The name of the game was “mindfulness,” which visually looks like doing things slowly. This frustrated me to no end – a banana can be eaten in under an hour. But no, everything happened slowly, one at a time, patiently. The meals lasted 90 minutes – an “eating meditation.” We walked with one foot directly in front of the other, feeling our heels hit the dirt – a “walking meditation.” And yet, no one appreciated my much more efficient version – the “eating while walking meditation.” I’m a busy lady. I’ve got things to do, like get a free cough drop from the pharmacy. I wasn’t sick. I was just bored, and it was the closest thing to candy they had.

My judgments initially came hard and fast. I wasn’t doing a good job staying focused on the meditations, and I assumed those who sat still and stared at a turkey grazing were just “performing” mindfulness – pretending to be mindful to look cool. The obvious irony is that all it takes to be mindful is to pay attention to whether or not you’re mindful, so “performing” it is sufficient. I missed this point, though, and instead assumed they were intentionally looking peaceful just to guilt me. I’m so focused on how I look to the world that I assumed everyone felt similarly.

I thought not speaking would be the biggest challenge, but I was much more keenly aware of others not speaking to me. People would avert their eyes as we passed each other – did this mean they hated me? I’d find myself accidentally saying aloud, “Sorry” (yes, I am a woman) if I crashed into someone, and they wouldn’t respond with “No worries.” Which, of course,  made me think – maybe there were worries.

I couldn’t help but wonder if there were cliques. Like all other social activities, there was certainly a “right” way to dress, and no, I did not bring baggy pants, a parka, Birkenstocks, or beads, so no, I did not fit in with the cool kids. Every time my roommate left the room without acknowledging me (which was, of course, against the rules), I had to wonder if she’d been invited to a party I didn’t know about – it was freshman year of college all over again.

And then, as everyone said they would, the Buddhist teachings started to work their magic on me. The teachers were all smiles and laughs when they sat on the dais together and taught us the practice, and I grew to love them. As my heart began to open to my teachers, my judgments changed about the other meditators. I saw them show kindness without their words. My roommate (yes, the same one hanging out without me!) left out anti-itch cream for me when my neck had been destroyed by bugs following an ill-informed romp in the woods. I was brought to tears by a man who spent 15 minutes guiding a tiny silverfish to safety during a yoga class. I felt gratitude for the staff members who never called me out for taking too many cough drops.

Once I started receiving their kindness, I wanted to show everyone who I was, too. I wanted them to know that I could be kind, if not slow. One morning, I completely failed at peeling an orange and squirted juice into my face, lost control of the fruit, and chased it under the table. I emerged to my tablemates smiling warmly at me. They were probably making fun of me, but I didn’t care. I was able to be slow. I held the doors for those many seconds away. I waited to get food last – the healthy stuff always ran out, and I preferred the complimentary peanut butter anyway. I left notes for my teachers thanking them for their wisdom. I noticed joy.

My initial misgivings were based on lopsided information – I knew exactly what was going on in my own brain, but nothing of what was going on in anyone else’s. The start of the retreat felt like the opening few minutes of The Handmaid’s Tale when Elisabeth Moss assumes Alexis Bledel is a “pious little shit,” only to later learn Bledel is an active part of the resistance. I could only assume everyone else was achieving profound enlightenment while I counted the number of tassels on my meditation cushion. But I had no way of knowing, so I had leapt to cruel assumptions instead.

Then, I realized the obvious – my attitude towards others at the retreat depended solely on how I personally was feeling. When I felt myself failing, I resented the others who seemed at peace. When I began to sense personal growth, I felt gratitude for those embarking on this voyage with me. I had no choice but to take this realization to its logical conclusion – my judgments about people in general often depend only on my own mood.

Silent or not, I’m characterizing people based on incomplete information, and I have no objective, unified standards with which I judge the actions of others. I had not found isolation on this retreat, and I did not find “enlightenment.” What I did find was a group of 100 kind people who spoke silently to me, and also, a lot of hair in the communal showers.

Bustelo With a Side of Mental Health, Please