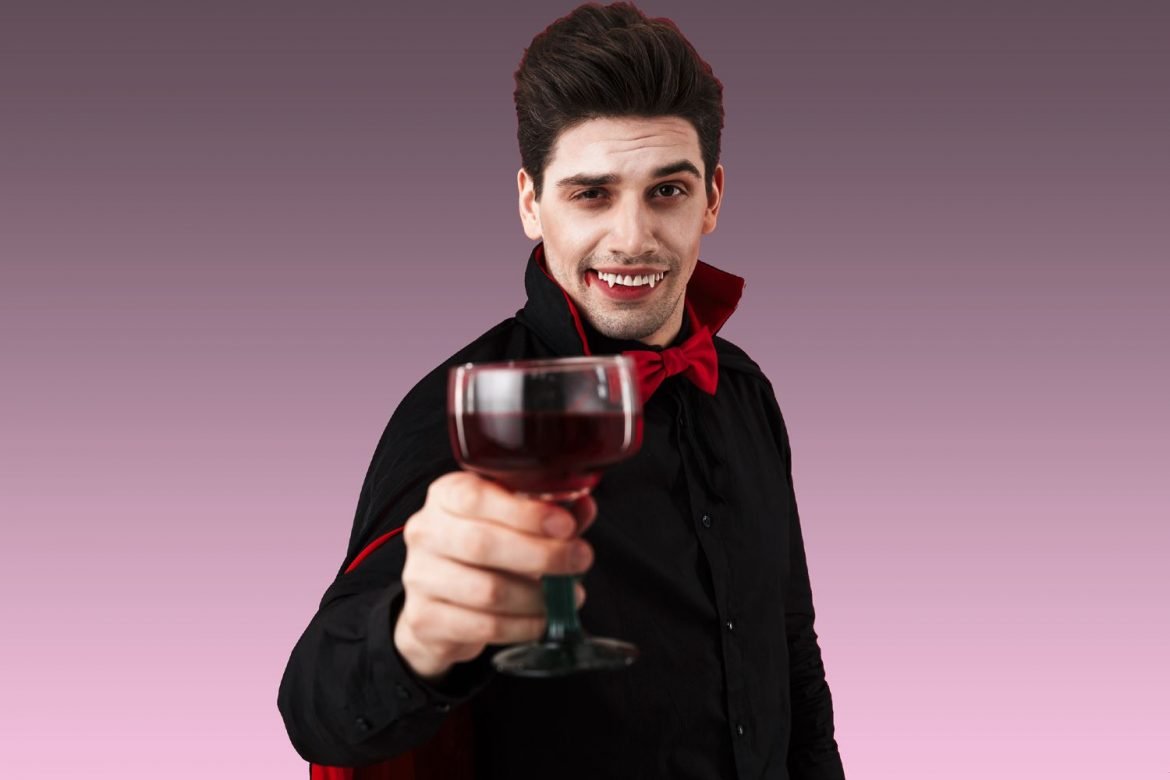 Dating a Vampire: a Guide for Millennials

And now it all makes perfect sense. As much sense as dating, starting to fall in love with, and being dumped by a vampire can possibly make.

The just-shy-of-four-weeks-affair that was my relationship with Vladamir (name changed to protect the not-so-innocent) is a closed chapter. It ended with his final words: “I’m just not feeling it.” I was feeling something in that moment (something strangely akin to a violent desire to rip his face off and feed it to a starved mother grizzly in the midst of deep hibernation).

However, I kept it to myself, gave him a hug, ignored his underwhelming and inauthentic plea for my well being and drove straight home. This was the first break-up (which is ironic since we were never officially together) of which I refused to waste one single tear. As Johnny Castle in “Dirty Dancing” emphatically tells Robby the waiter/man-whore who knocked Penny up and then lied about it: “You’re not worth it!”

Still, I have never had someone occupy such a large presence in my life, only to disappear into some dark mysterious abyss as if he never actually existed. If it were not for the randomly impersonal texts followed by the even more random, even less personal Facebook messages, I would question if he ever existed in the first place. Those seldom (now pretty much non-existent) likes on Facebook are the only evidence I have of the man I thought for a fleeting second was the one.

Turns out, he was the one.

The one who seemingly fell in love with me one day, only to carelessly toss me into the infinite black hole of jilted lovers the next. Oh sure, he was the one alright. The one asshole I waited my whole life to find, only to wish he had stayed buried in his deep, dark, abysmal pit of narcissistic, torturous prison.

Fast-forward a couple of weeks. Still completely shell-shocked and wondering what happened, but resigned to: it’s insignificant enough that I should not care (though hating myself for actually caring), I started reading a book called “Inception: A Dark Paranormal Romance.” Yes, it is a love story…about vampires. No, I will not apologize for my immature millennial obsession that started with the “Twilight” series, morphed into “Vampire Diaries” followed by “Buffy The Vampire Slayer,” “Interview with a Vampire,” “Dracula” and all other movies, shows and Netflix encounters vampire-related.

Torn between her love of two men (pretty sure one or possibly both is a vampire), the sweet, innocent, clumsily adorable main character loquaciously describes her otherworldly forbidden romance in words that ring loud and clear: dark, brooding, emotionally unattached, keeps people at a distance, cold, mysterious, tendency toward violence, seemingly allergic to light of any kind (artificial or sunlight) black soul. In a mere 26 words, I have perfectly described the personality of Vladamir. Yes, folks. He is a vampire. And I dated him.

I suppose I should be thankful he did not see fit to violently slay me and drink my blood, turning me into an immortally evil shadowy being of the night. It really is no mystery to why he had an attraction to me. I am everything he is not: light, cheery, endearing, deep, chipper, soulful, beautiful, intuitive…you get the point. Perhaps it was the forbidden romance equation. He loved me so deeply and so desperately that he could not bear the thought of reconstructing my beautiful human mortal soul with that of a dark, macabre, evil, insidiously immortal one.

Tis’ best to live a short life of love and light than a long life of hate and night.

Yah, we’ll go with that. Much easier to accept than the alternative: He just wasn’t that into me.

In light of this unfortunate experience, I thought it would be useful to include my newfound knowledge to help others avoid falling into the pit of despair the way I so naively did. We as women must unite and save ourselves from these evil man-posing demons of disguise.

If you happen to meet a tall, dark, mysterious stranger at a late-night bar and he is showing all signs of being into you, yet makes no effort to contact you within a day (or three) for a meeting during daylight hours, he might be a vampire. Remember, all men look fabulously tasty late at night (especially after a few drinks when wearing the ever-deceptive wine glasses). Reserve proper judgment for when (rather if) you see him during daylight hours.

If the man you meet often wears a long, black, out-of-style trench coat (think John Bender in “Breakfast Club”), he is quite possibly a vampire. Looking back (rather Facebook stalking), I noticed he went through a fashion phase that could only be appreciated by the dark underworld drug lords that cease to exist in the shining light of day. Thus, if his fashion isn’t forward, leave him in the past with his out-of-style threads in tow.

If he invites you to his castle, beckoning you into a foreboding, creepy, run-down home, he is very likely a vampire. I still get shivers thinking of his Addams Family-esque house and how it gave Netflix and chill a whole new meaning.

If the chap loves dark comedies (“Sling Blade,” “Tombstone” or “Deadwood”) and seemingly has every line of the movie memorized, reciting it perfectly and expecting you to be exceptionally impressed by his acting abilities (or lack thereof), it is highly probable he is a vampire.

If your man disappears for long, inexplicable absences without texting, calling or dropping by, then shows up unannounced with no rhyme or reason, he is undeniably a vampire. What the hell was he doing for three days straight with no contact? Camping in the Grand Canyon? Hiking the Serengeti? Taking in a Vegas show? Then showing up in the highest spirits like he has just partied like a rock star (or perhaps feasted on human flesh with a glass of dry red cabernet (aka blood), vintage 1820). No, thank you! I’ll pass…

If your boy toy has 2,500 friends on Facebook; 2,499 are female; and it appears he has dated 2,498 of them, he is most likely a special version of a vampire known as a Manpire Vamp. (Basically a male whore that sucks blood; targeting young beautiful women in an attempt to seduce them and viciously deplete them of their humanity, turning them into shadowy, immortal beings with no soul and a penchant for darkness, devastation and death).

If your gent is a former cop, fireman, security guard or other service industry operative with heavy emphasis on brooding mysterious looks and vain egotistical traits, he is absolutely, positively, undeniably 100% VAMPIRE!

You may be fortunate to escape his sinister and sultry taste of death. However, you will NOT come out unscathed. If you suspect you are dealing with a vampire, do yourself a favor and run as far and as fast as you can in the opposite direction, never once looking back.