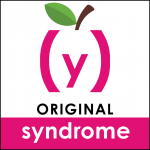 Catch our new show where we dissect gender equality topics through funny-but-substantive interviews. We celebrate the power of humor to help us cope and heal, to empower and inspire, and ultimately to change us for the better.

Our guests are movers and shakers, creatives, standup comedians and others who are pushing the debate on gender equality forward every day.

We’ve got brains, stories and comedy, produced by your favorite spot for feminist humor and women’s empowerment, The Syndrome Mag. Catch us every other week on Spotify, Apple Podcasts, and wherever you get your podcasts.

HELP US CONTINUE TO SPEAK OUT ON GENDER EQUALITY ISSUES AND KEEP YOU LAUGHING! PLEASE DONATE TODAY!

NEW! Episode 13: Of Empaths and Avocados 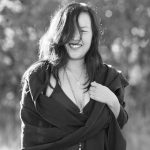 Guest: Julia Wild
Topics include: sensitivity, gender, psychology, empathy
Do you get unexplained cravings in the supermarket? Are women really more sensitive than men? How did ‘snowflake’ become a slur? We talk about these life-or-death issues and other stuff with psychologist and author Julia Wild. Join us for this deep and funny episode with a super articulate guest. 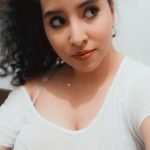 Guest: Fernanda Estrada Argumedo
Topics include: women in Mexico, standup comedy, feminism
Amazing, young podcast producer, journalist and women’s rights activist in Mexico City dishes on the situation of women in her country. And female comedians are paving the way there for a life with less patriarchy! The amount of badassery and courage it takes to do this in a place where women are routinely murdered on the street is mind-boggling. 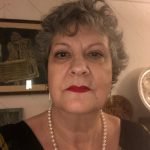 Guest: Rabbi Ruz Gulko
Topics include: religion, feminism, gender equality
Growing up in the 1950s was tough for all women, especially when you were inquisitive and got kicked out of class for asking too many questions. Ruz Gulko tells us her hilarious and moving stories of childhood and of “accidentally” becoming a rabbi. She also explains how, in Judaism, women have always been the ones pushing destiny forward. Read more about the interview. 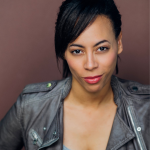 Guest: Samantha Rund
Topics include: performance, standup, race, gender equality
Performing can unlock all kinds of talents and set us free. We interview actress Samantha Rund on how she helps others find their voice through acting and speaking. As a real live standup comedian, actress and coach, she talks about her experiences on stage and off, and the journey to discover her own true voice. 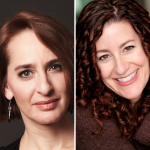 Guests: Short interviews with 3 special guests
Topics include: women, politics, gender equality
Janet and Adina riff on politics and listen to interviews with 3 women on Kamala Harris’ nomination for Vice President. FINALLY, it’s happening!!! The state of the union is no longer just male… 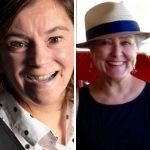 Guests: France Desaulniers and Aline Michaud
Topics include: gender equality, politics, culture, Canada
The unfiltered view from Canada. Two wise and worldly Canadian women tell us how incredibly f—-ed up we look from up there. Listen as we compare the status of women there and here and what our northern neighbors think about our self-destructing political landscape. Are you ready to emigrate? Read more about the interview. 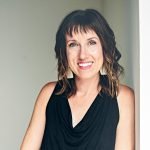 Guest: Caitlin Copple Masingill
Topics include: women in politics, gender equality, polarization
Running for political office as a queer woman in a red state, and enjoying gifts of fresh elk meat. WHOA! We talk with the amazing Caitlin, who has pushed back on political and social norms with brilliance, joy and a touch of rage. Talk about badass…. 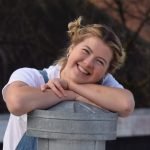 Guest: Carly Lant
Topics include: improv comedy, gender equality
Totally hip and super-funny Gen Z-er, Carly, explains to us how comedy improv works, how she got into it and how her group, The Dead Parrots Society, deals with creating gender equality on stage and backstage.

EPISODE #5: Draggin’ it out of him 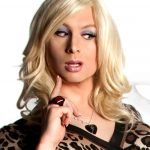 Guest: Tim Thomas
Adina and Janet peel away the delicious layers of Tim’s journey into female impersonator-land where for years he was Anita Goodman, “shapely blond” singer and standup comedian. A straight man and former drag queen tells some incredible stories about what it was like to be hit on by men and inhabit Seattle’s underground drag space. Take a dive with us into gender politics and psychology!

EPISODE #4: Why white people must do DEI work, and standup comedy 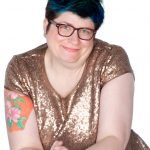 Guest: Jess Pettitt
IQ through the roof and bursting with incredible experiences, Jess is a former standup comedian turned DEI expert speaker and trainer. She has the deepest understanding of gender power dynamics we’ve ever encountered. Join Adina and Janet as Jess explains her first experience as a kid doing standup at her father’s international bodybuilding event and it just goes from there… 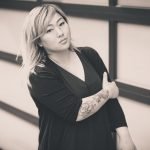 Guest: Dewa Dorje
Tibetan-American standup comedian Dewa Dorje is a totally unique and hilarious presence on the Seattle comedy scene. Her father was the first Tibetan nomad to publish a book of humorous writing. Dewa can talk politics one minute and tell you about her mother’s view of goat sex the next. In this episode, Dewa and Janet riff on humor across cultures, single motherhood and being a woman of color in this mixed up world. 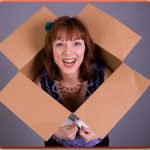 Guest: Leigh Anne Jasheway
Leigh Anne seems to have been born doing standup. With over 25 comedy books under her belt and 25 years of public speaking, she tackles ageism with a ton of often-raunchy humor and knowledge. She also helps us understand how humor and laughter is therapeutic and necessary for us as humans. Join Janet and Leigh Anne as they dig into humor, neuroscience and what it means to be human. Read more about the interview. 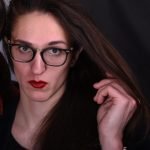 Guest: Natalie Turner
Topics include: transgender issues, male privilege, mansplaining, empathy
Natalie, former geologist, professional photographer and flight attendant allows us into her world as a transgender woman. She totally enchanted us with her stories about erections on airplanes, the meaning of mansplaining, her inspiring meeting with Megan Rapinoe, and finding her empathy. Read more about my first encounter with Natalie Turner.

This podcast is supported, in part, by a grant from the Washington State Arts Commission and the National Endowment for the Arts.

Janet is a multilingual world traveler who favors humor over violence... learn more »

Desiree Browne is a copywriter and writer-writer living in Brooklyn... learn more »