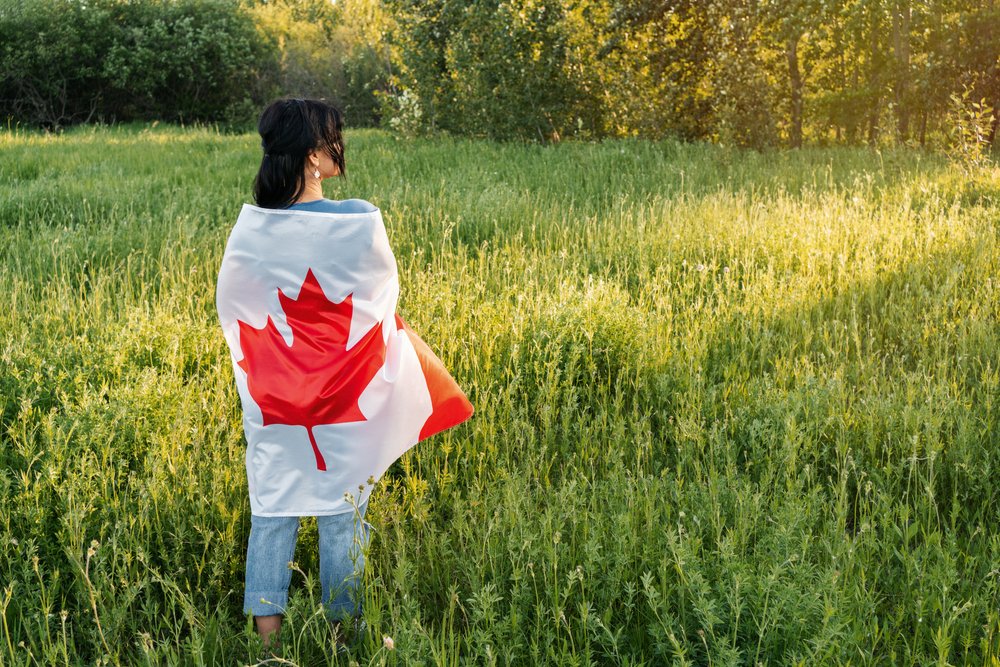 Listen to the Original Syndrome podcast

Do you have any idea what’s going on in Canada? You know, the place with all those evergreen trees north of the border? Our neighbor? Probably not. It’s right next door, but it’s so different, including the status of women. France Desaulniers and Aline Michaud, the two guests on our podcast, “True North, Fake South”, opened our eyes to this big-time.

Hailing from Montreal and Ottawa, these two badass women are full of info about their country. For example, did you know that there’s national parental leave in Canada? Yes, up to 63 weeks, paid. WHAT?! Yes, their government actually helps families with small children. Imagine that. Republicans would call that “radical socialism.” I call it cool Canadian common sense.

Another example, women there consistently hold high positions in government through “parity.”

Prime Minister Justin Trudeau has insisted on it in his cabinet. As a result, ministers comprise an ethnically diverse group of 15 women and 15 men. Wow. Making an equal proportion of women in the government a priority was something intentional, not a huge medialized fight, but something that the white male Prime Minister simply insisted on. And those women are qualified because Canada has excellent universities as well. This is not simply a recognition that the cabinet should look like the country: diverse. We women are STILL 50% or more of the population. Let’s not forget.

Oh, and despite what I said above, women here in the U.S. have been noticing Canada lately for one big reason: Justin is seriously hot. Yep – you’ve seen that photo of Melania moving in on Justin for the hello kiss at the international summit, right? Uh-huh. Seriously hot. But isn’t it sad that the only reason we notice our geographical neighbor and major ally is because they have a sexy leader?! And it’s only we women who are noticing, isn’t it? Sigh.

And there’s another difference. They’re funny and knowledgeable. Just listen to France and Aline talk. They have some perspective, and know things about the U.S. as well as their own country. They can tell you why Canadian bagels are different too. Now that’s important!

Canadians, at least the ones I’ve met, are very good at self-deprecation. They know how to make fun of themselves – men and women alike. They eat irony for breakfast. They are not burdened and bruised from continual chest-beating to convince themselves of how great they are. You won’t find Canadians talking about their land being the “greatest country in the world.” They don’t have to. Why? Because they feel just fine the way they are.

They don’t need to insist or protest. Apparently, Canadian men are so OK with themselves that they are also not threatened by having women in positions of power. Imagine that. Up there in the frozen north, where they actually don’t live in igloos and don’t share the breakfast table with the neighborhood moose. Oh, and they’re not all lumberjacks. And they have not one, but two national languages. No, it didn’t happen overnight or without discussion, but it happened. Government workers in Canada are bilingual in English and French. Imagine that.

So, to Syndrome readers and podcast listeners everywhere, join us on our learning journey. Every woman has something to teach us, whether they’re from near or far, including next door across the border. When COVID’s over, let’s meet there for coffee.

Listen to the Original Syndrome podcast