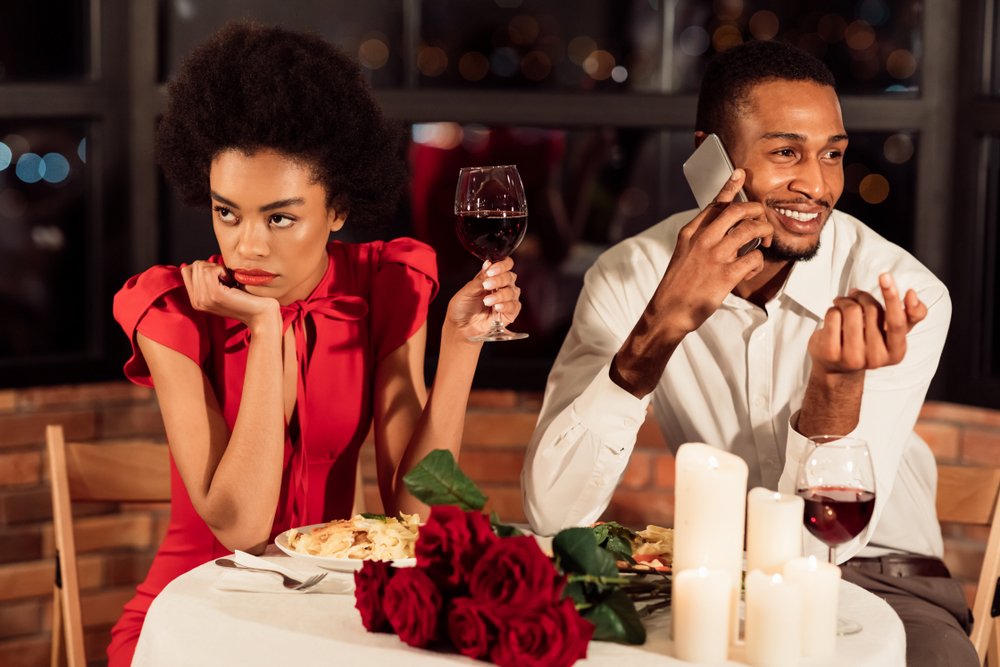 Nothing like Valentine’s Day to take a trip down memory lane (aka Hell Avenue) and reflect on my rocky dating past. Basically, if you are feeling badly about your dating life, fear not! I am here to make you feel better about yours!

The last 36 years have consisted of some not-so-romantic doozies! Let’s just say that in between all of the situationships, relationships, and pontoon boats, there were around 100 other dates that I made myself go on. They say you have to kiss some frogs. Thanks to online dating, I have kissed (and run away from) an entire pond of reptiles. Here are a few of my favorite recollections:

“You Wanna Split This (YWSP)?” Dude

YWSP and I met over breakfast. He looked like he did in the pictures; lanky, tallish, dark-haired, plaid shirt, semi-attractive, semi-not. I was okay with this. I believe an awkward hug took place. The next hour or so was like oatmeal minus the raisins, bananas, or milk…Yeah, it was pretty much the equivalent of plain oatmeal. Read: boring.

I honestly cannot tell you anything about YWST, except that he plays basketball with his dad on Thursdays. That is all I got out of him, or all that I remembered, or all that I listened to him say. Hard to tell. What I do distinctly recall however, is what happened when the check came. Now, I’m a 21st century woman; I’m independent, pay my own bills, and do the damn thing: what, what! Still, I was not completely prepared for when the check came and YWST said, “So, you wanna split it?” I replied, “Sure!” I thought about it and because it is really not the end of the world, we split an $18 check.

We put our cards in and the waitress immediately swooped up the bill. That’s when YWST said, “Do you think she knows to split it in half?” I assured him that yes, I did believe the waitress had the intelligence to put two and two together. The waitress walked by again. YWST stopped her. “Hey, can you split it between the two cards?” This is the exact point, as a 21st century woman, where I wondered if I was a bad person for never wanting to see this guy again. It is admittedly nice to have a guy at least offer to pay on the first date. It is especially nice when he doesn’t bring up the fact that he does not want to pay for you a total of three times.

It is common to have background internal dialogue going on during dates. Personally, my brain chatter is always on overdrive. Do I think this guy is attractive? I think I do, but oh man, he turned his head and now I am not so sure. Why is he looking at me? Is social media influencer a real job? What would I do if he tried to kiss me right now? I think I may puke. Is that a bad sign? Maybe I am just not giving him a proper chance.

The struggle is real people. I was having such an inner conflict on one of my many internet dates. AIMUTGITIMHOIHRATGG had driven an hour to see me and I felt badly cutting the date short as a result. We go for a walk around my local park and he talks and talks and while he talks and talks my internal self is screaming: THIS GUY IS SO ANNOYING WHY DOESN’T HE SHUT UP AND/OR DRIVE HOME ALREADY?! Then I would take a deep breath and check myself: Am I just a crab? Is he terrible or is that just in my head?? As our lap around the park ends, I sigh with relief knowing that I will now only have to get through one meal before I’m free.

We saunter into a local restaurant and he goes on with AIMUTGITIMHOIHRATGG’s continued blabbing and my head continues with its abrasive dialogue. It’s when my date excuses himself to go to the bathroom that my gut instinct of him being bothersome is confirmed by the couple sitting at the table next to us. As soon as he gets up, they look over to me and ask if it’s our first date, tell me he’s “the worst” and that they’ll “cover for me” if I decide to make a run for it.

Miraculously, I manage to survive the meal, mostly thanks to the delicious truffle fries – how can I run away from them? As soon as we pay the bill however, I make a run for it, quite literally actually. I blurt “I’m sorry this isn’t going to work out! Thanks for coming!” and proceed to high knee sprint down the hill and all the way home to my apartment never looking back.

God only knows why I entertained this fellow more than once. We swiped right for each other on both Tinder and Bumble so hey, hey, hey. For our first date, he suggested we go rock climbing. I loved this idea as I got bored with the typical dinner dates. The day of our to-be rock climbing adventure, GE/PE messaged me to let me know I could buy a Groupon for our date.

HOLD THE PHONE. This dude wanted me to purchase a Groupon to hang out with him?!

While I was turned on by his face, I was most definitely turned off by this. When I expressed this sentiment, he got defensive. He was just trying to help! How dare I be offended by his kind gesture?!

I ended up going on the date and he was just as cute as his pictures, so much so that his short stature didn’t have a negative impact on his appearance. In fact, one could put him in their pocket and think, there is a little hot man in my pocket right now. After climbing for a bit, which basically consisted of inappropriate banter from his end, we headed to a bar. GE/PE was quite cocky.

He couldn’t stop talking about himself. His two favorite topics were sex and finance. He really loved sex and he really loved finance. He had so many career goals! Am I investing? What am I doing for stocks? Here’s where things got weird, folks. All of a sudden, his male parts were dangling and flying freely in the wind. I looked over and they were just sitting there!

I was taken aback but somehow agreed to a second date. On this date, we went to a hibachi-style restaurant and sat in a communal sitting area. It was then, when GE/PE took out a picture of his penis and started sharing it at the table with the family sitting with us, that I knew I could never see this man-child again.

Of course, this story wouldn’t be complete without any mention of everyone’s favorite (eye roll) commercial holiday marked by chocolates, cheesiness, and more pink and red than should be allowed aka Valentine’s Day. On one wintry February 14th, I was in a relationship with a Valentine’s Day boring dude (VDBD).

He was probably the nicest guy I dated but he also had the personality of a cardboard box. That is not completely accurate — once in a while he brought something small to a table, like a napkin or codfish. But nice is safe and I was relishing being with someone who made me feel okay about myself.

That was until Valentine’s Day.

It fell on a Tuesday that year. I was excited to finally have someone to celebrate with, regardless of how cheesy it was. The text came early that day, around 6:32 a.m. Something along the lines of: “Hey Kristen, Happy Valentine’s Day. Can’t do anything today because I am helping my friend move.” Because, yeah, it is totally common for people to move on the 14th of the month, on a Tuesday. This is sarcasm.

Later in the week when we were hanging out and I was giving him a massage, he made a comment about how he savored these moments way more than Valentine’s Day. In my head I was thinking, yeah this is great for you but what am I getting out of this? We lasted another few weeks before a lovely lunchtime breakup went down.

So, to my sweet souls, love birds, and anti-love peeps alike, whether alone or paired up, please take solace in the fact that you are not me. Kidding! All of these gentlemen have just made me realize how happy I can be alone, once again, on Valentine’s Day.

When Finding a Good Therapist is Harder than...