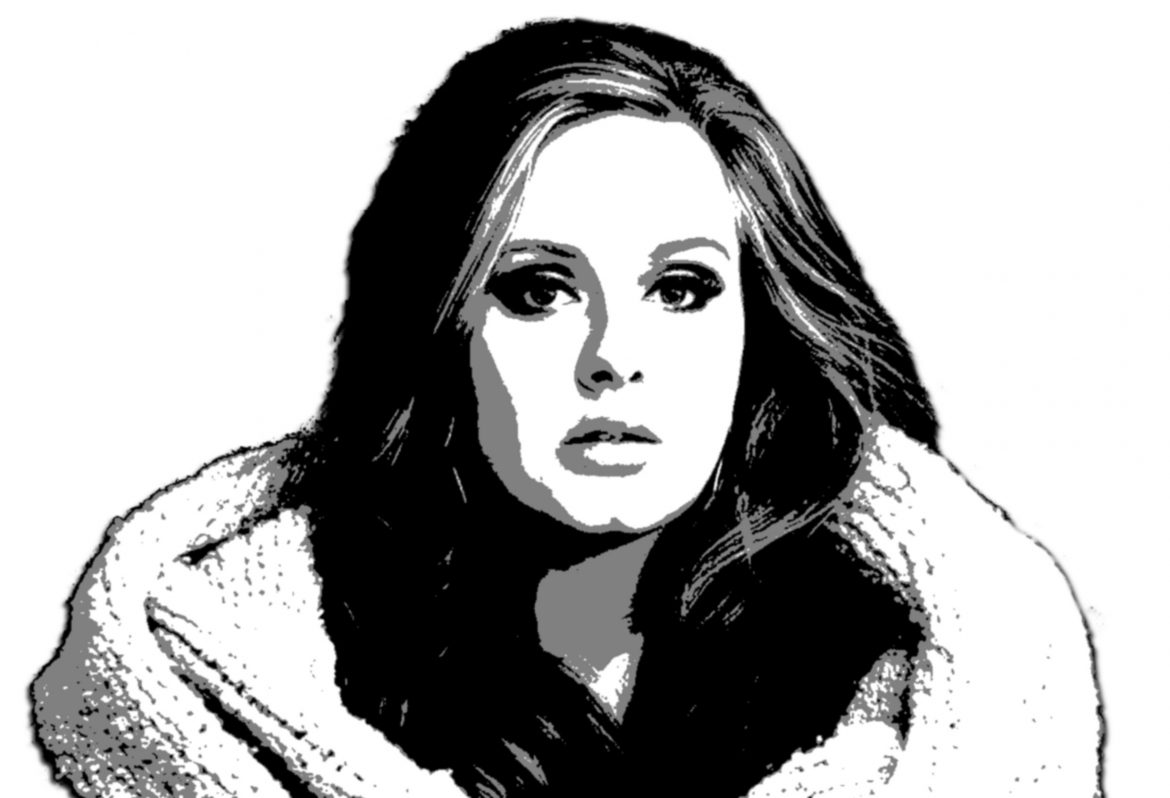 Adele and the scourge of ex-partners

After a love story ends, sooner or later we all dream of being able to tell the person we once loved:

If it really ended badly, either the other person won’t answer the phone or you won’t even have the courage to call.

Then there are people who have the privilege of telling their ex everything that’s on their mind without needing to write pathetic generalized Facebook status updates, which are clearly directed at someone in particular. These people don’t even need to drink seven seven-and-sevens to get the courage to send a melodramatic text, that they pretend was a total accident the next day.

These people are known as pop stars.

The undisputed queen of disastrous love stories is Adele, and she has built an entire sappy empire on the ashes of her old flames.

Let’s get one thing straight, she has a beautiful voice and sweet, simpering lines, but she can’t hide the fact that her songs are a perilous mix of Celine Dion’s melodrama and the doom and gloom of The Smiths.

And the award for the Song I Sing to Everyone but Really It’s for My Ex, goes to… Hello by Adele. In 2015 the song won both Brit and Grammy Awards, an abomination which I think is lost on many.

This is likely the story.

Adele and her man had been together for a while.
She, at some point must have done something completely unforgivable, like:

Slept with so many people that at this year’s Brit Awards she was nearly mistaken for Tom Jones,

Flat out told his mother that her Thanksgiving turkey was so dry that she couldn’t swallow it, or Ironed his favorite shirt and completely ruined the picture of SpongeBob on the front.

Whatever it was, he suffered like a dog, while she continued to flounce around the world touring and shooting magazine covers, without even stepping foot in that shitty town where they both used to live. Then one night back at the hotel after a concert in California, she got really bored and thought… “My poor ex, I bet I really piss him off, and I’m sure he’ll never be able to get over the fact that I screwed him over so badly”. Then she decided to call him.

Who does this? No one has called anyone on the landline since at least 2003.
My grandma doesn’t even call me at home anymore. Not even my great-aunt who has been bringing large bowls of runny potato salad to every Christmas gathering since 1996 calls the house anymore.
There’s only one person who would call you at home any time of day: an Indian telemarketer trying to sell you a fabulous timeshare in Branson, Missouri.

So the fact that Adele calls her ex at home is absolutely fucking ridiculous.

And this guy is probably always holding his smartphone because he’s addicted to Candy Crush. He’s on Facebook 19 hours a day and posts 12 to 26 photos daily on Instagram, but he never answers the landline.

After making the third unanswered phone call, Adele starts to think something’s up, but then she pretends to forget this fact and sings: “At least I can say that I’ve tried

To tell you I’m sorry for breaking your heart

But it don’t matter it clearly doesn’t tear you apart anymore” and she says it like she’s annoyed.

Because if he really did love her before all this, he could have at least slit a couple of veins, popped a few pills or put a gun to his head.

No, that didn’t happen.

Just silence and a phone that rang out to no one. This egocentric overload disguised as a friendly phone call suddenly makes Adele unbearable.

And since we are not going to let these one-sided heinous acts go down without a rebuttal,

here is the response that Adele’s poor ex never had the chance to give her.

Hello, it’s me.
I was wondering if you could stop calling my house at all hours of the day and night with the excuse that you’re in California and that there’s a time difference or you have jetlag.
I get up every morning at seven and go to my desk job, so please let me get my eight hours of sleep.

Having said this, I will now explain what I have been doing over the past two years, while you were winning awards left right and center and running around the world singing about how terrible you felt because of me.

The first thing I did was remove all newspapers from my Facebook feed, because you were everywhere.

Then I signed up for Spotify. I couldn’t listen to the radio anymore, can you guess why? You were everywhere.

I even stopped watching TV the day they did that special on your concert in the Royal Albert Hall.

My friends have been really great about not bringing you up, but one day my cleaning lady, who doesn’t know about us, started singing Rolling in the Deep while she was dusting; and I started sobbing like a bear cub that wakes up from hibernation before his mother and has no idea how to make it in the world.

At that moment I realized I needed help, mostly because of the weird bear simile that popped into my mind, and so I went to therapy.
My therapist helped me get back to normal with the occasional appropriate inspirational phrase at eighty bucks a week.

I suspect I got better quickly more due to the eighty bucks a week than the appropriate inspirational phrases.

Then one night after going the gym (I joined the gym because the loss of appetite was causing me to lose muscle mass), I met a nice girl. She’s kind, sweet and we started going out.

And now that she’s thinking about moving in, you have started stalking me over the phone. Maybe through some sort of witchcraft that I can’t explain, you knew that I had started seeing someone and it really bothered you.
Knock it off, please.
I’m fine, I’m happy and I don’t miss you.

P.S. Your last album is a real drag. Try to be happy now and then. Give it a go and just see what happens.