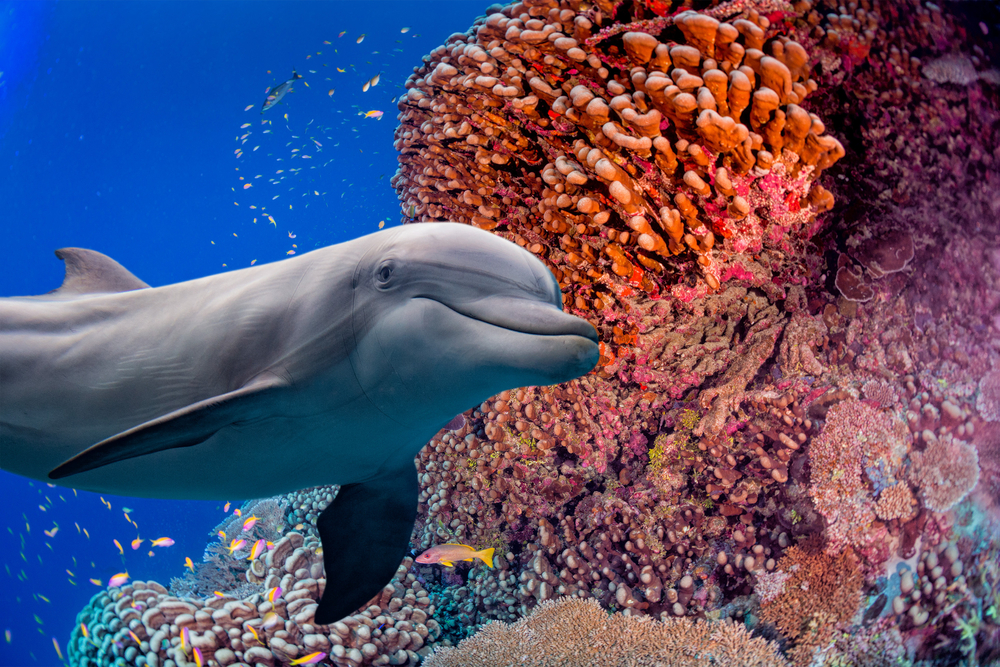 Slut-shaming of Dolphins Must Stop

written by Chuchu Lebuskj May 7, 2018
FacebookTwitterPinterestEmail

Aren’t dolphins amazing? They’re so beautiful, smart and even friendly. They have an articulate and complex language, made not only of sounds but also body movements. It is said that they are the second most intelligent creatures after man.
Male dolphins.
Female dolphins, not so much.
Female dolphins are bitches.

Promiscuous bitches. Female dolphins have sex with anyone who crosses their path. That’s why they could easily be defined as “sluts”.

At least that’s what I understood from watching a documentary about dolphins, in which a scientist (and by scientist I mean a man of science and therefore a seeker of truth, immune to moral and religious prejudice) explained that female dolphins mate with as many males as they can because they are… easy.

Well, he didn’t use that exact term, but he said that they’re “promiscuous”.
Now, in the dictionary, one will find that promiscuous means “demonstrating or implying an undiscriminating or unselective approach,” but I’m not sure the scientist meant easy.

I felt a sudden urge to change the channel. But just as I was about to press the button on my remote, a light broke through the cloud of masculine obscurantism: motivation.

Apparently, female dolphins have a great reason to have sex with a lot of males; and the reason is the males themselves.

It turns out that male dolphins are second only to men not only for their intelligence but also for the pursuit of their own agenda. Male dolphins want to mate so badly that they won’t hesitate to kill all of the female’s children that they didn’t father. Boom! This explains it all.

So, imagine you are a female dolphin, the mother of a cute baby dolphin. You find yourself dealing with an unspecified number of males who want to hurt him. What are you going to do? You can’t beat them all – you’ve got to be smart. So, you adopt the only strategy that will allow you to protect your child: you convince each of those males that they’re the father of your child. At the end of the day, you will tell the truth to at least one of them.