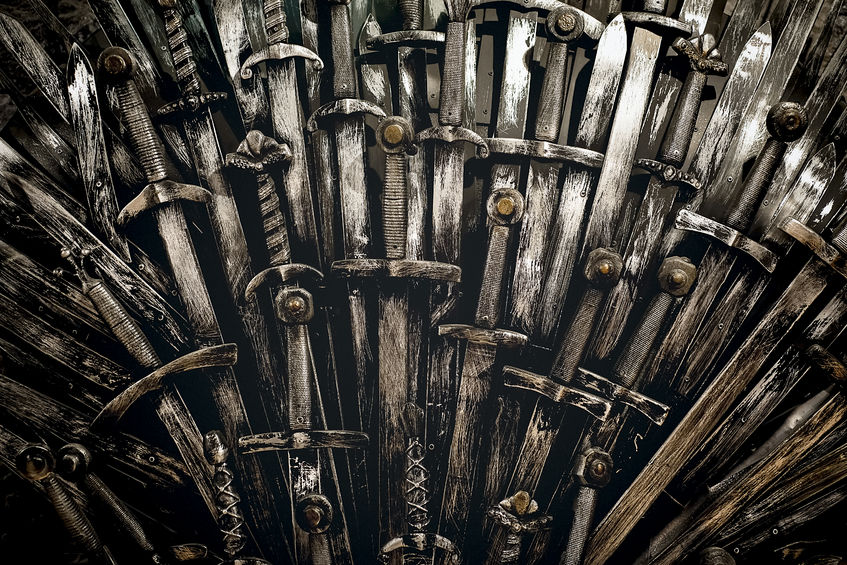 Every Monday morning in Akron, Irene wakes up, fully aware that she must watch Game of Thrones before social networks fill up with spoilers – via status updates, tweets and comments.

Every Monday morning in Akron, a jackass Spoiler wakes up, fully aware that after they spoil the latest episode for Irene, they must be able to outrun her, or experience a slow and painful death.

When the sun comes up, it doesn’t matter if you are a man, woman, bum, busty blond, Obama or Bradley Cooper… if you spoil my Game of Thrones you are simply an asshole and you’d better start praying.

And therefore I’m asking you; are you an idiot or an asshole?

In case it wasn’t clear, I don’t like spoilers. It’s not that I don’t like them; it’s more of an allergy, AKA – YOU SPOILING SOMETHING IS THE ALLERGEN, ME KILLING YOU IS THE SYMPTOM.

There are millions of things you could do rather than spreading spoilers and ruining other people’s lives. You could, for example, jump off a cliff, stare at the ceiling, catch Pokémon, hike the Appalachian Trail, or I don’t know…throw yourself off a cliff. Feel free to throw yourself off that cliff twice if the first time doesn’t do the trick.

This is an important question that shouldn’t be taken lightly. These people should be fined or exiled, or given similar punishments.

Shit, if Queen Elizabeth and her folks manage to leave the European Union, why don’t we have any countermeasures against people who spread spoilers?

Shall we discuss the extreme level of hate I have for those people who do it on purpose? Those people who send you a pic on WhatsApp from the season finale of your favorite show, THE EPISODE, DAMMIT.

“What’s this pic you sent me?”

“Ah it’s a mega-spoiler of The Walking Dead. I know how much you hate spoilers so I’m always gonna send them to you! Hehehehe”.

SWEET MOTHER OF GOD! I WILL GIVE YOU THE SPOILER OF THE FINALE OF YOUR PATHETIC EXCUSE OF A LIFE IN 3, 2, 1…!

You do understand that human cruelty has no limits, right? Sooner or later these people will reproduce, and that’s a serious topic that needs to be put on your morning coffee club agenda! These people are allowed to vote, they serve you at Starbucks. They drive the bus that takes you to work and are ahead of you in the line buying 2-for-1 cans of Easy Cheese.

Let’s declare war, start a fellowship of the ring. We can call upon the Dark Lord, or team up with a blonde lady who happens to have three dragons. Drastic times call for drastic measures, people! Someone do something!

There is a special place in hell for people like you spoiler-experts.

In the meantime, however, I have been writing a list of the most painful ways to torture you.

Don’t worry, you won’t know what’s coming… who am I to spoil it for you?