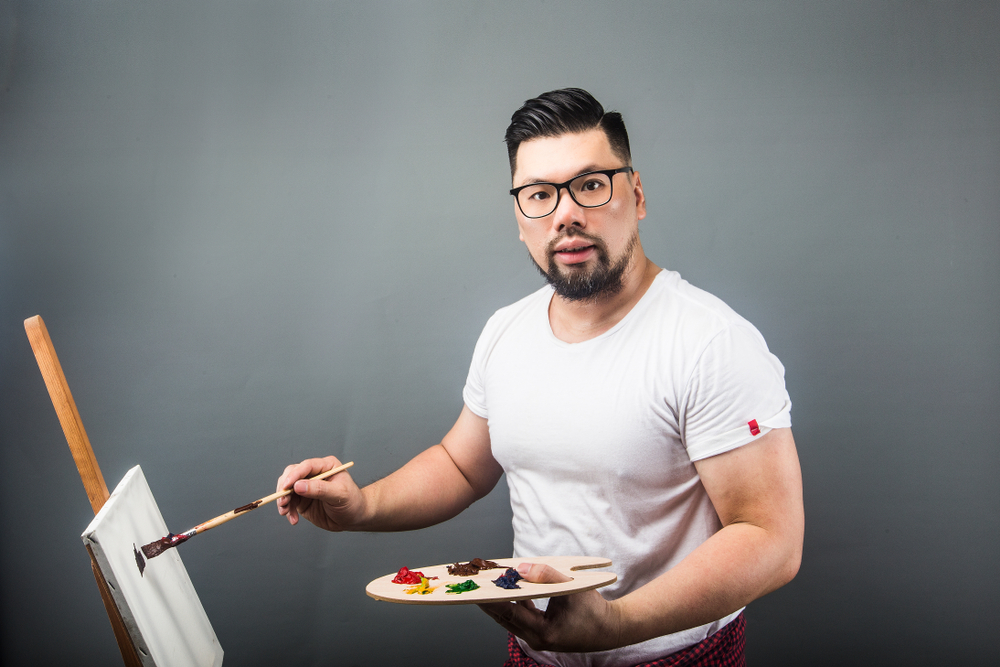 The Art of Coloring Outside the Gender Lines

With a few exceptions, TV shows beat out a repetitive patriarchal drum that made it clear to me as a boy that men were unemotional breadwinners with unbridled power over family and finances. All the shows I watched revolved around men, so I also learned that men were in charge of… everything, from keeping the town safe from desperados (Gunsmoke, Rawhide), to keeping the farm and wife under control (Green Acres), to making sure the boys didn’t lie, cheat or get underfoot while you smoked your pipe and read the paper (Leave It to Beaver).

Women, on the other hand, were portrayed as baby-making, indentured servants, hapless and vulnerable when confronted with a simple plumbing repair or other “manly” responsibilities. They were rarely allowed outside the house, or even the kitchen. Would they catch on fire if they stepped outside?

Since I happened to be male, I thought these scenarios were awesome. It was nice wielding my TV-given rights to not have to wash dishes or vacuum, even though I also never had to break up a bar fight or remove a stray pig from the bedroom.

There was just one problem. My round artistic personality didn’t quite fit in to the square gender peg hole that society had built for me.

There was a great deal of pressure to conform to the cultural perceptions of what a male or a female was supposed to be and supposed to do. For me personally, the pressure became painfully repressive in 7thgrade when I was bullied and harassed for taking an elective art class at school. I know – what WAS I thinking? For many ignorant people in my community, art was for girls (as was wearing pink, smelling nice, and liking cats). Boys and men who were interested in creating art were considered wussies and/or gay, and bullied by the “true men” on the playground, who spit and kicked dirt and did other manly things, none of which were artistic.

I had a passion for drawing and painting pictures. Apparently, I had committed one of the most egregious of cultural taboos. I had done the unthinkable by voluntarily signing up for an art class. I might as well have signed up for Home Ec! Or been a girl who liked math!

My friends and male siblings were completely befuddled by my interest in creating art. They couldn’t understand it. Why was I not playing football? Why was I not joining the wrestling team? There must be something be wrong with me. I clearly had  not watched enough Gunsmoke or Bonanza or Hogan’s Heroes.

I knew my family and peers would never be able to accept me as a normal guy unless I stopped taking art classes. It was clear that standing my ground was going to be very costly socially. So, I literally became a closet artist. I would secretly draw when no one else was around, usually alone in my room. (Hi, my name is James, and I’m an art-aholic. It’s been three days since my last painting.)

Deeply frustrated, I started to see how impractical, unfair and rigid gender stereotypes were. I started empathizing with girls who were ridiculed for doing “boy things” like climbing trees or playing baseball and with members of the LGTBQ community who were driven into the same closet. None of us fit the TV mold of who we were supposed to be.

My artistic brain created a fantasy universe where gender roles were reversed. And everyone was required to spend equal time in each universe.

In this universe, June Cleaver from Leave It to Beaver would burst through the door after a board meeting and demand a ready-made drink and a well-prepared meal from her spouse, who had spent his day vacuuming, washing dishes, and trying to get Eddie Haskell to stop being an bad influence on his kids.

In my universe, the men on Gunsmoke were not allowed in the bar unless they were prostitutes who lived there. Matt Dillon was condescendingly called Mr. Mattie. The women, on the other hand, got into fist fights, occasionally shot each other and slut shamed the boys without social reprisal. In my world, gay people repressed a minority heterosexual population who had to hide their sexual preference for people of the opposite gender.

By having to spend time in both TV worlds, we’d grow up knowing we weren’t limited by our gender and that we could live harmoniously in the equal universe. Where no one is ridiculed for a personal preference that harms no one else. Where gay people aren’t pressured to hide their sexual orientation. Where girls could sign up for a math, shop, or weight-lifting without anyone caring. And where a 12-year-old boy who happens to be passionate about creating art, can take an art class and be celebrated for his talents.

I’m happy to report that as an adult, I have happily transitioned in to being a fully out-of-the-closet watercolor artist and I’m raising my own 12-year-old boy to live his life based on my fantasy equal universe.