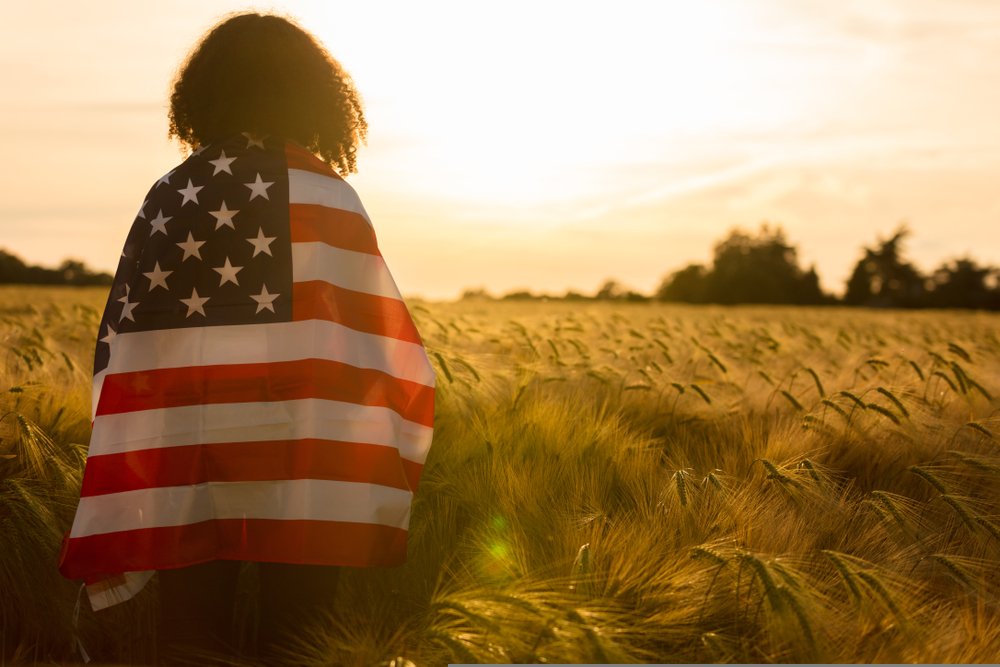 That’s the mantra this country claims to want a return to, but I ask, in all sincerity, when was she ever great?

Was it when she was stolen from the womb of her Native American mother? Taken from her breasts, crying out for her mother’s milk, only to be replaced by an alien concoction laced with alcohol and sedatives, all designed to make us forget THIS LAND OF NO ONE’S BIRTH…

Was she great again when she grew up strong enough to run away from her father England to faraway places, only to return with souls that did not belong to them and were not theirs for the taking? Little African kewpie dolls for their daughters to play house with and for their wives to ease the suffering of unwanted motherhood. Little black boy action figures strong enough to bend but not break under the constant strain of being yanked and pulled and thrown in every direction just to see how much their bodies could withstand before they finally snapped and broke under the plow, and the lash and rope.

Was she great when she decided that she no longer wanted or needed her father Britain, or her mother Mexico, and broke free of her self-declared independence? With the help of her brother France, who gave her Louisiana, and her uncle Germany, who staked her the great Northwest for her journey. All to escape the yoke of unwanted authority.

This is how petulant, undeserving children behave when they want everything, refusing to wait for their master’s inheritance. Their good book says, “that they killed their parents, and took what they thought was rightfully theirs and because of it they would never know peace.”

Was she great when she finally got everything she wanted and needed, and then proceeded to colonize all of the known shores from the Caribbean to the vast Americas all the way back to Africa, amassing stolen wealth and souls with the false salvation of a God they had no use for?

Was she great when her mother waded out from that New York harbor and shouted, “Give us your tired, your poor, your huddled masses yearning to be free”? “Come home, my children, she told them; but not all of you, not the bastard sons and daughters! There is no place for you in my home, at my father’s table. I have no more use for you, I have to make provisions for my own children, not sons and daughters of make believe. Father would not be happy if I welcomed you in with me and took from his table, corrupting his chosen.”

But I need you to understand why he only wants for us to be great again!

This is why he sent us away, our sons and daughters to die in foreign wars on foreign shores only to be told upon our return, wait your turn, which never comes. Justice and equality are luxuries we cannot yet afford. But keep singing and dancing and waiting, my little children, It delights us, and keeps you from your own suffering.

“We hold these truths to be self-evident…”

Powerful sentiments ushered in a vacuum. I want America to be great for all people, especially its tired, hungry and poor huddled masses yearning to be free. Not just for those who came by boat from the east, but by those who came on foot from west. And especially for those who were kidnapped against their collective wills, brought her in chains. Until we are all free, none of us are free.

I am not angry, I am sad and disappointed. But my faith is in the forgiveness and mercy of those who need it most and give it the least. If you cannot see that, it is because you refuse to look in a mirror, you refuse to see your image and your reflection, and to believe in the God you swear to profess in, and to the anthems for which you pledge your unwavering allegiance.

In this LAND OF NO ONE’S BIRTH.