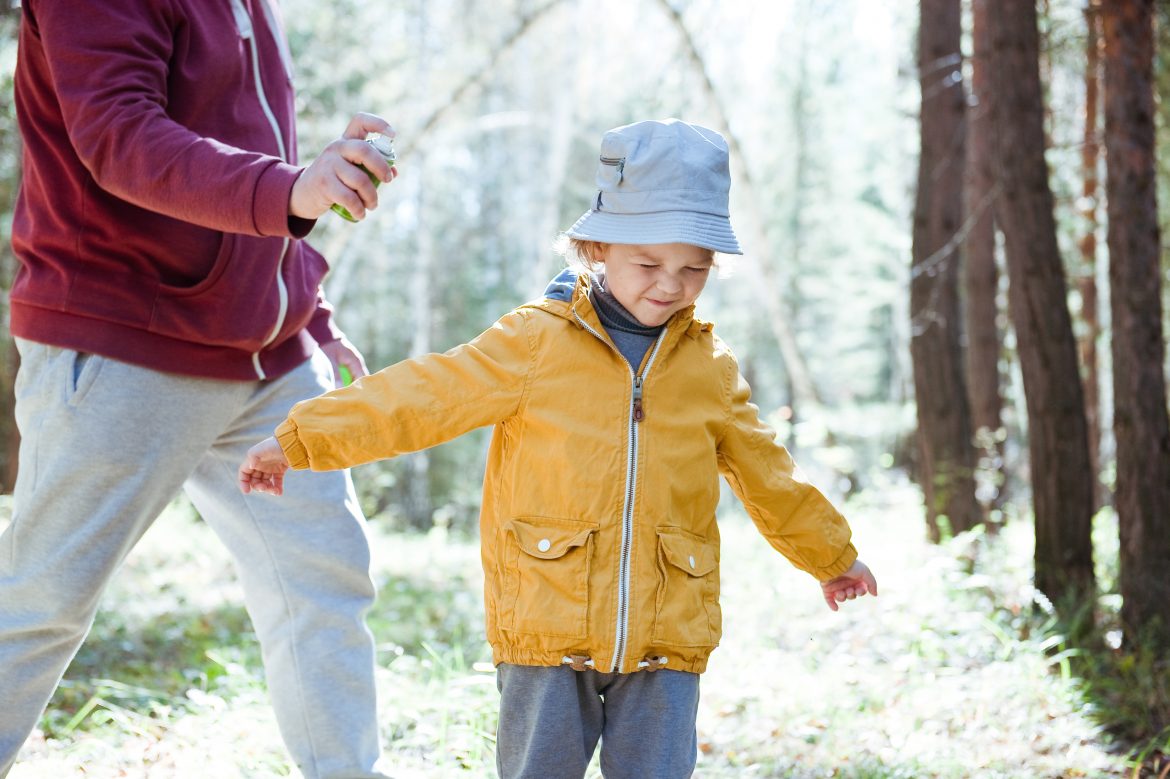 After two years on a waitlist, and months in lockdown, you finally won the childcare lottery and landed a once-coveted spot for your three-year-old at a local outdoor preschool. #Winning!

While you probably only got this placement because other parents decided to disenroll their children during this plague of a year, it’s still a work-from-home mom’s quarantine dream come true, and your kid is attending. All is going perfectly well until one evening you strip off the layers of your little guy’s clothing and find a tick clinging to his right bicep. Well, actually it’s dangling there, looking exactly like the blown-up images you’ve seen on Lyme disease Public Service Announcements.

Before you start second-guessing all your pandemic life choices, here are some pro tips to help get you through your first tick emergency:

1.) Don’t stop to look up what to do. Don’t breathe! This is urgent. URGENT! Being calm in a crisis is so 2019. Sure, the tick must be embedded for more than 36 hours to transmit Lyme disease, but every second counts when you can’t remember anything about ticks and realize you have no idea when you last changed your preschooler out of their clothing or gave them a bath.

Since the lockdown last March, does anyone ever really know what day it is?

Just search your memory for the random snippets of insect-borne disease transmission information you’ve internalized via osmosis since you moved to New England and speed walk your three-year-old into the bathroom for what will no doubt be a simple extraction process while your seven-year-old assists. Fear not. You’ve got this.

2.) Don’t use your fingers to pluck that little bugger out of your little bugger’s arm. Instead, search wildly for the tweezers that you stopped using months ago resulting in Muppet-style eyebrows that are now out of control at the top of your usually masked or Zoom-blurred face. Rest assured; no one is doing any personal grooming at this point in the pandemic… Nonetheless, you do need those tweezers for the tick removal. So, hop to it!

3.) Don’t feel too much relief when you realize the tick’s legs aren’t moving because it somehow already died and imagine this fact will make the process easier. You’ll quickly learn that ticks bury their heads deeply into their hosts and even if they expire during the process, they latch on with a zeal that would be admirable if not so disturbing. Isn’t nature miraculous?

4.) Don’t start to panic when the first attempt to remove the tick fails completely and instead you accidentally pinch your child’s arm so hard they realize, with wide-eyed terror, that mom actually has no fucking idea what she is doing.

5.) Don’t freak out when your preschooler starts wailing after your second failed attempt, and then the third, as you remember something in the deep recesses of your Neanderthal brain about taking care not to break off the head or injure the tick because that could result in some other horrendous thing happening but you don’t actually recall what that is.

(Spoiler: it’s the risk of the tick releasing all of its disgusting insides into its host, i.e. your child. And you may be wondering, does that even matter if the tick is already dead? Well, is right now really the best time to figure that out?)

6.) Don’t hesitate to FaceTime your husband who is working an overnight shift in the ICU and preparing to admit several Covid-19 patients so that he can helplessly listen to the crying of the preschooler and your older son shouting “He has a tick in his arm! He has a tick!!” All while the camera tilts and shifts around like you’re filming a suburban adaptation of “The Blair Witch Project”, making hubby queasy and highlighting the futility of your attempt to get his expert medical assistance.

7.) Don’t be annoyed when your doctor life partner keeps steadily repeating “You just have to pull it out,” again and again and then apologizes feebly for not being more useful before revealing he has to go back to intubating patients. Thankfully, he’s better at that than walking you through the virtual tick extraction process.

8.) Don’t pause to Google images of different ticks to try to identify what type it is mid-way so that you can gross yourself out even more with all the different species and varieties, becoming even more frantic when you see what they look like when they are engorged with blood. Just be grateful that what ended up in your kid’s arm is a small, dead one.

9.) After you finally manage to get the tick out, don’t start texting with your husband about whether your preschooler will need antibiotics and your worries about the little guy getting Lyme disease while your seven-year-old reads everything over your shoulder and starts bawling about how he doesn’t want anything bad to happen to his family, obsessing about what he will do if his little brother dies. Take heart in the resiliency and character you’re building by compounding the trauma of the pandemic with a solid matriarch-instilled fear of an imminent death-by-tick-bite.

10.) Don’t feel too guilty when later in the night, once you’ve finally gotten the kids (and yourself) calmed down and into bed, your husband texts to check whether you cleaned the spot properly after the tick was removed and you realize no, you didn’t actually and find yourself crawling back into your three-year-old’s darkened bedroom with an alcohol wipe and antibiotic ointment to give his upper arm a frenzied cleaning while he sleeps on, oblivious.

In the end, despite an entirely botched affair, you’re still a half-decent mother and it’s a pandemic after all. Just call the pediatrician in the morning and cross your fingers that everything will turn out just fine….

Oh, and whatever you do, don’t forget to do a tick check when your child gets back from preschool again tomorrow. You can always scribble a quick reminder in that calendar you haven’t used in months.

What day is it anyways?

The Mother of All Mothers