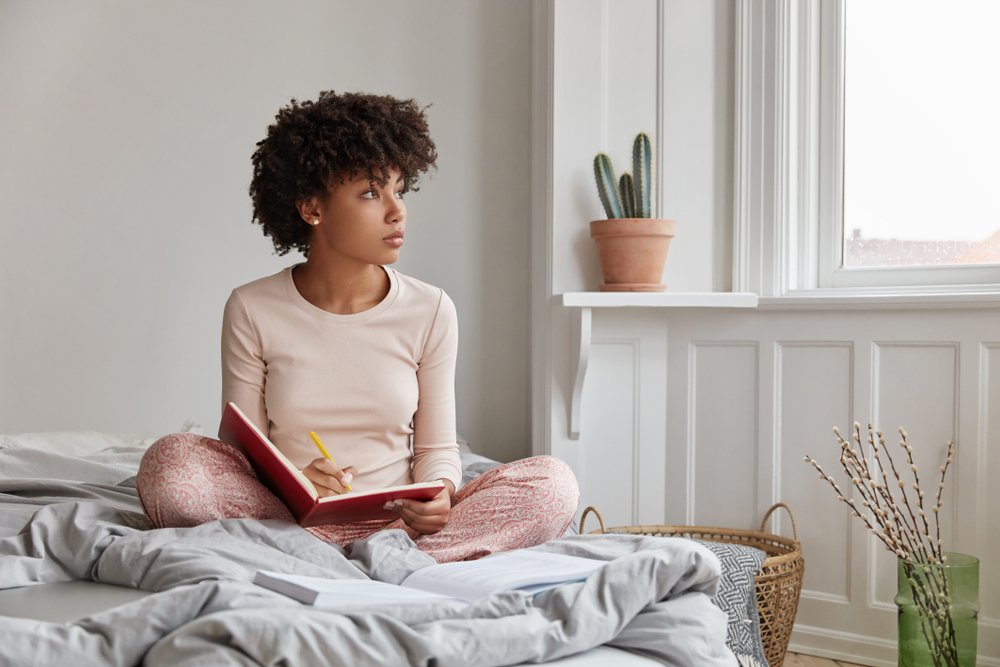 Like many Americans, I look towards spring and summer, a magical time of renewal that here in 2021 presents an opportunity to look back at the deathly hellscape that was our nation last year. A realization that a year ago, no matter how bad we thought the coming three-week lockdown might be, it would in fact be 15+ months of life on a sliding scale towards, “Wait, there’s a pandem-what?”

In the end, it meant a half-million people dead, the economy in tatters, science advisors hired by MyPillow, and the realization that the majority of folks south of the Mason-Dixon Line will gladly trade human lives for money, as long as they’re not their own. Again.

Many folks would find this discouraging. I, however, fall back on the immortal words of Friedrich Nietzsche, which went something like: “That which kills you really sucks.” For unlike Nietzsche, who didn’t even wait for pandemic to lose his mind, I’m a much (mostly) better person for having weathered the four seasons of pandemic.

It’s pretty well-known there’s a double standard when it comes to women asserting themselves. Speaking up makes us “difficult,” “challenging,” or other words which, by virtue of having just one syllable, seem to be easier for idiot misogynists to recall.

In a time of pandemic, however, I discovered speaking up isn’t just a good way to assert myself, it’s a good way to stay alive. When I wash my hands, I recite Lady MacBeth’s monologue out loud, taking the necessary 20 seconds to wash my hands. Added bonus: staring maniacally in the mirror as I mumble “…and pall thee in the dunnest smoke of hell…” keeps even maskless Floridians six feet away.

Not that I wanted to drive everyone away. Now spending most of my time social isolating, I learned to more fully appreciate my relationship with others. At the gas station, about eight weeks into the two-week national shutdown, I stopped and had a conversation with someone I hadn’t seen in a long time.

It felt so good to share my thoughts, emotions, and even pain with someone who understood me. It meant a lot. Even as we said goodbye, I stopped the car to Google whether or not I could give a Costco gas station attendant a five-star Yelp rating. His name was Steve. Maybe.

SUMMER 2020: Being Brought to My Epiphanies.

The arrival of warmer weather allowed me to focus my time on things beyond myself. Largely because three months of unemployment had rendered me economically incapable of doing anything but sitting in the front yard and drinking Bud Lite Seltzer. Inexpensive, it also has the virtue of keeping you hydrated, even as you down a six-pack sitting in an inflatable kiddie pool.

For instance, I read that people on military submarines didn’t even know about the epidemic.  As a lesbian, I it was the first time I’d ever seen the virtues in life associated with something long, hard, and full of seamen.

On the medical front, I was discouraged to realize that WebMD now said everyone had Covid-19 instead of cancer. But on the bright side, according to Andrew Fauci, most health experts were in agreement that there were no negative outcomes associated with more cowbell.

And personally, I grew spiritually as my inner voice of wisdom and hope switched from Morgan Freeman to Sanjay Gupta.

The arrival of fall, unfortunately, reminded me that my daughter was going to be back in school. This interfered with my ability to listen to Sanjay Gupta. Gone were the halcyon days of Amazon Prime, when I could introduce her to some of the classic TV I grew up with. Sure, like any kid, she complained at first. Eventually, though, as I patted her on the knee and threatened her, she came to understand. When I said, “ Gopher is about to say something poignant,” I meant it. The “Love Boat” matters.

In all honesty, though, by the end of last summer, both of us were ready for some structure in our lives. Maybe it was the recognition that after six months of no schooling, we were both ready for something different. Or perhaps it was my choice to re-read “Lord of the Flies” for child-rearing tips.

Whatever, we were both ready for her to get back to class, so to speak.

I will say right up front that I’m lucky that my daughter is fairly bright, and therefore has the ability to complete all the lessons on her own. On the downside, she finishes her classwork in about 15 minutes, and then suddenly expects me to teach her something other than how to pour vodka into a Bud Lite Seltzer without a funnel.

It’s no secret that women have borne the brunt of children being home during this pandemic. Like many parents, however, I discovered there can be learning in everyday tasks. Math, for instance, can be taught through cooking. “How much do you have when you double a quarter cup?” “What’s a triple serving of eight ounces?” and “I don’t give a rat’s ass what the Pillsbury Doughboy makes in a tube,” were all opportunities for teaching her valuable skills. If it hadn’t been for the fall rains in Oregon, she’d have been threshing wheat by November.

We made other home-based learning discoveries as well. For instance, it’s easy to make a washboard out of Legos. And if the clothes still aren’t clean? Well, that’s what rocks are for. Are her clothes full of holes? Perhaps. But she went to bed every night by 7 p.m. and thanks to Amazon Prime, I had a weaving loom for her by October.

For one thing, Zoom meetings are actually wonderful. By turning on nothing but a desk lamp, I can wash out the light to the point that no one can see I’m not wearing make-up or a bra. A year in, I’m not even sure I know how to put those on any longer – kind of like underwear. No, underwear are not a part of Zoom meetings – unless you’re Jeffrey Toobin. But, like the freedom I’ve got from casting off performative aspects of femininity like cosmetics, I’m enjoying my freedom elsewhere, too.

Yes, it’s been a hellish year for women, men, and anyone not involved in internet commerce. For me, though, it’s been a transformative time. It’s been about adjusting to a new world, setting new goals, and the solemn pride in knowing that if I can just go commando for another six weeks, I’ll be eligible for a commission as a Navy SEAL.