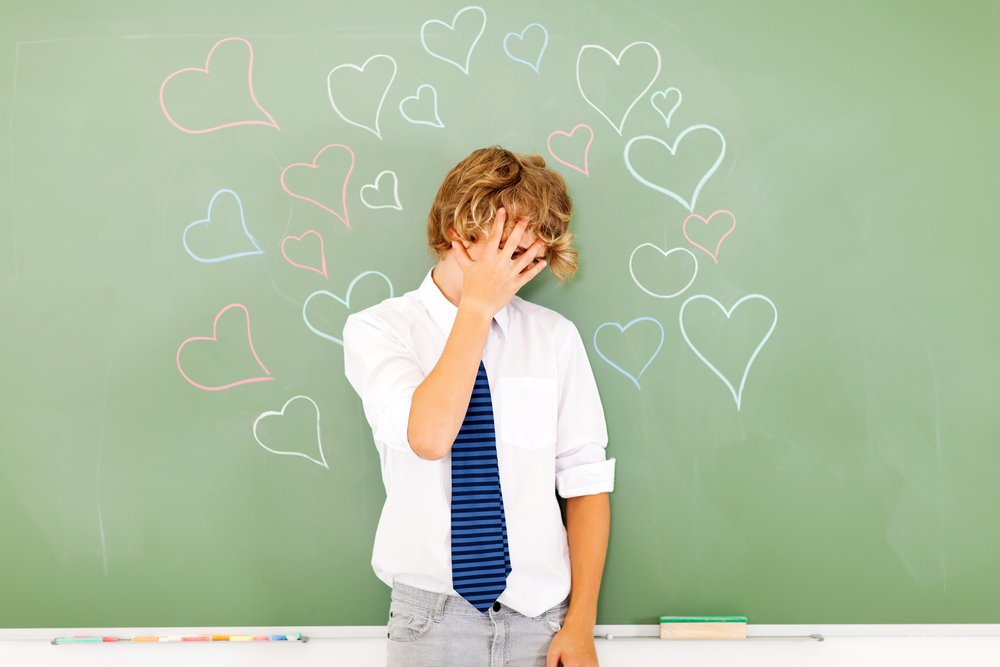 I heard that a Utah middle school has a policy that forbids kids from saying “no” when asked to dance and I’d like to address this from the standpoint of the people the school is trying to protect: middle school-aged boys.

Unlike most women my age, I used to be one of those, so I have a pretty good idea of what I’m talking about.

Middle school, as just about anyone can remember, pretty much sucks. As a short-for-my-age kid, I constantly found myself in awkward places, like embarrassed to talk to a girl, or stuffed into a locker. Figurative or literally, Dickens got it half-right: It was the worst of times.

Dances, though, weren’t that bad. Moving spastically to the Bee Gees and the soundtrack to “Grease,” with our awkward limbs stretching and flailing about with arriving puberty, dances provided a nice break from school. I don’t even remember thinking about girls much when I was there. Certainly there were girls. They lined up on one side of the gym, the boys on the other. The music would start, and over the course of the first 15-odd minutes we slowly meshed into a big pile of humans in the center. Each of us now more mindful of the gym teacher’s speech on “Why your armpits cry stinky tears.”

The girls whom I largely thought about then and still recall now were my friends. SheriLynn, Donna, Rachel, and Susie: they were just part of the gang, and sometimes we all danced together as a blob. Other times we’d kind of pair up, but that was about it.

Were there other girls I wanted to dance with? I suppose there had to have been. I can vaguely recall Jennifer who was a grade above me and nice enough to talk to me as the only sixth grade boy in her seventh grade English class. Thinking about it now, I vaguely recall that I did want to dance with her. She was nice, really smart, and even in middle school that kind of turned me on.

What I can say with authority, however, is that the last thing I would have wanted was a policy that said she had to dance with me should I request it.

Not because 21st century me thinks it’s misogynistic and demeaning, but because it would have ruined dances for sixth-grade me. For while I really liked Jennifer, I would have been scared to death to dance with her.  (Like Celine Dion and a playlist at a middle school dance in the ‘90s, it’s all coming back to me now.) Though we were one year apart, her puberty and my lack thereof put us on different developmental planets.

Dancing with her would have meant the very real possibility of my nose being of equal height with her nipples. And while I was very much comfortable talking Dickens with her English class, any closer and it would have been an awkward tale of two titties. I did not want that in sixth grade. I was not fixated on the physical. I was not a “boob guy.” (Until, of course, I got my own – but that was much, much later.)

Had there been a rule that she had to say “yes” to my dance request, I’m reasonably sure my peers would have pressured me to ask her. The only reason they didn’t was because they knew she might say “no.” And while they might not have understood my unspoken unwillingness to get close to her, they understood rejection.

Middle school dances are one of the places where the young men and women of tomorrow start to figure out who they are and who they are going to be.

It’s where they figure out what scares them, and what is important enough to overcome that fear. It’s a crucible for life, and the cruelty of rejection is part of that. Sometimes, we even rely on it. For those of us who even in middle school know our very existence defies convention, the conventionality of others and the world around all us is sometimes the only thing that’s predictable. It’s safe

For all the #MeToo reasons (not being trophies, getting to control their own bodies, doing the whole Dorothy Parker thing in The Waltz where they want to dance, but not with THAT boy), middle school girls need to be able to say “no.” Just as true, however, is that every once in a while, a middle school boy may be counting on it.