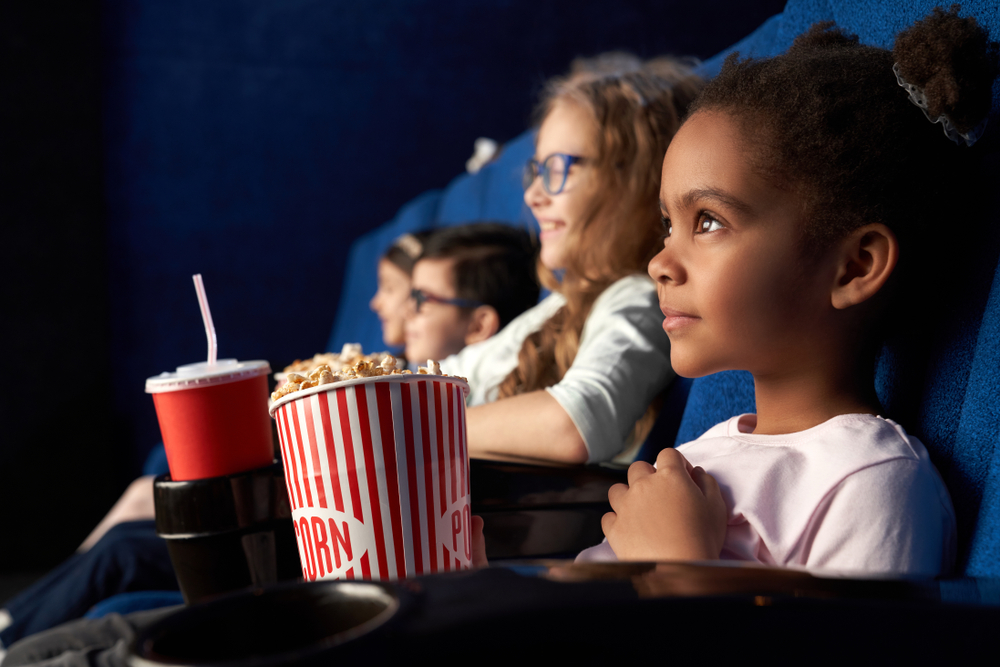 Dear Future Hollywood Executives: Please Remember Us in Your Films About the Pandemic

This is a dispatch from June 2020, in the middle of a pandemic and escalated racial-political tensions. The world has gone mad; from Rome to Dallas, we are fighting a virus that kills our lungs. But for Black Americans, we are fighting the virus and an illness called white supremacy that crushes our souls. In this chaotic soup, Black Americans are creating stories that we will tell in our communities for generations. I ask you, as gatekeepers, to please listen to these stories and assure they are told through the medium of film.

There will be many pitches that come across your desk: the girl who started a blog about her sourdough starter, the doctor at a New York hospital who saves lives by breaking laws, and the search for the coveted vaccine. I am asking you to also consider the stories that are about the Black Instacart worker, the unemployed Black tech recruiter, and the Black protester who fought for human rights. The stories we see on the silver screen must not only reflect white experiences. They must also highlight how Black America had a different pandemic.

I am an amateur oral historian. Over the past three months, I have recorded stories from people across the United States. Some of the most precious stories come from Black Americans who talk about being Black in the time of coronavirus. I deeply worry that in five, ten, fifteen, twenty years, these stories will be pushed aside for narratives you believe will connect better with white audiences. Thus, I implore you today to please remember the history of Hollywood and the lack of Black stories in portrayals of traumatic times.

As a little girl watching Titanic, I remember asking my mother where the Black people were in the movie. Did they not board the boat of dreams and feel the icy water strike their ebony skin? My mother did not have an answer because she did not know there were Black people aboard. She did not know about Joseph Philippe Lemercier Laroche, a Black Haitian engineer who, on that fateful night in April, placed his wife and daughters in a lifeboat. They never saw him again.

What was it like to be Joseph? With Black skin, traveling on one of the most luxurious ships in history? To have people stare at you confused as you passed them on the decks? While I actively debate whether or not Jack would have fit upon that piece of wood, I still hunger to see Joseph’s story. His family’s story. But that was not deemed important by the creators of one of the highest grossing films of all time.

Even in events that were long lasting, like war, Black stories are rarely given the love and respect they deserve. On June 6, 1941, Allied forces stormed the beaches of Normandy to loosen Hitler’s hold upon Europe. I have walked on those beaches. As a Black teenager, I felt the sand in my toes and wondered how much blood was spilt there. I also wondered, of those who served on the beach, how many looked like me? Who with my melanin watched the explosions on the beach and still moved forward? I wondered because in my youth, I rarely saw them in your movies. I did not see them taking leading roles in films like Saving Private Ryan or Inglorious Basterds.

But, they were there.

Corporal Waverly Bernard Woodson, Jr. was a Black medic who served on Omaha Beach. As noted by Linda Hervieux in Time Magazine, he dodged bullets and saved countless lives, but because of racial attitudes of the time was not awarded the Medal of Honor. Corporal Woodson embodied the best of this nation and medical community. I have seen many war hero movies with white men centered as the protectors of America. It is time to change that. Thus in knowing the story of this brave soldier, I must ask: Where is my Corporal Woodson movie?

And what of the Black women who served their nation?

The 6888 Central Postal Directory Battalion was an all-Black women’s unit that saved morale in the European theater. After arriving in the United Kingdom, the women went to work on an overwhelming task: sorting backlogged mail. According to Nikki Wentling in Stars and Stripes, “…There were multiple hangars full of mail, some of it more than two years old and addressed only with soldiers’ first names. The battalion worked all day, every day, in three shifts. They finished the job in Birmingham in three months – half of the time they were given for the mission.” These women connected American soldiers with home and comfort.

I remember watching A League of Their Own as a child and it remains one my favorite war films. However, it is one that focused only a white story: white women who played baseball. Where is my Black women mailroom feature?

Where are the stories of Black women, holding up our nation as we have always done, in times of tragedy and trauma?

While we had a movie about the Tuskegee Airmen, I beg to ask you why that movie easily stands out to me, but movies with white stories far outnumber them?

As you are reading this, I ask you to acknowledge the failure of your industry in creating diverse stories. Over the past couple of weeks, many of your studios have come forward in publicly supporting the Black community during the escalations surrounding the murder of George Floyd. I ask you to remember those promises of support and channel them into creating stories that show the experience of Black Americans during the 2020 COVID-19 Pandemic.

You may be wondering, how you can do this properly? Hire Black writers. Hire Black directors, script writers, lighting professionals, and makeup artists. Support your Black staff. Be sure your stories are molded by the communities they represent.

Give Black creators the resources to tell their stories.

Risky? Perhaps. But may I remind you that in 2018, Disney “took a risk” in releasing Black Panther, breaking records and earning the studio seven Academy Award nominations. A year earlier, Universal Studios released Get Out, an Academy Award winning-Black horror story that Time Magazine deemed one of the top 10 movies of the year. You might worry people will not show up to your movies about Black stories, but I swear to you: if you write them, they will come.

In closing, I wish to tell you that this pandemic is will be filled with Black stories. There will be stories of tragedy, but also stories of joy within the darkness. Make sure the stories you tell about Black people are not just ones of death, but also of triumphs and successes. Even in the middle of the 1918 Spanish Flu pandemic, the Harlem Renaissance was blooming. Find our stories, find our people who can tell them, and then put them on the silver screen where the world can see what we did during the pandemic.