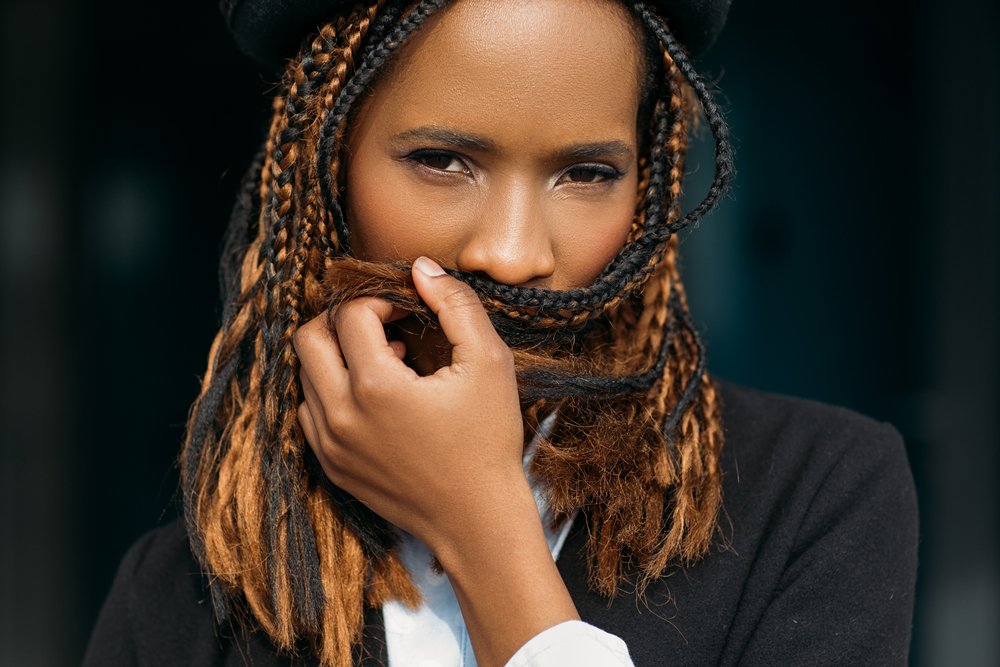 After presenting our semester’s research to not only my peers and department but also the university dean and president, I felt rather accomplished. I didn’t stumble over my words but was confident with clear pronunciation. I was passionate and interacted with the audience, answering all questions through dialogue. I aimed to be conversational with the topics of pedagogy rather than distant and methodical. I raised my voice to heighten awareness about structures of implicit bias in education. Little did I know I would soon be silenced.

When we all finished, our first-year program advisor provided individualized feedback to the group.

Jasmine: Great concepts, data, and information. Very articulate in communicating concepts but I must say you should have worn makeup. Without it, the audience was distracted from fully relating to your presentation.

This was the feedback I received from my white professor as the only person of color in my graduate program of five. My cohort members were all young, white females with significantly less skill, faulty premises, and few sources. They all received higher grades on the presentation. All of whom shared proximity to Western standards of beauty of which I could in no way compete. None of them were darker than an ivory key on a piano, all of which wore makeup that highlighted rosy cheeks, able to emote without words. With a lack of melanin and their narrow noses, they were more relatable and easier to understand.

So how did I encounter discrimination according to the white gaze and also pretty privilege in academia? Let’s dive into some history. Pretty privilege is terminology that became prevalent around 2017 with its coinage in the “Allure” article by Janet Mock. She summarized ideals of pretty from a Western historical context.

“Pretty girls are not identical…still there are shared, agreed-upon commonalities. Pretty is most often synonymous with being thin, white, able-bodied, and cis, and the closer you are to those ideals, the more often you will be labeled pretty – and benefit from that prettiness.”

Attractiveness bias, a synonymous term, reinforces the ideology of pretty privilege as unconscious thoughts and behaviors produced when we interact with someone we believe is attractive. This attractiveness has a basis in Eurocentric ideals, including attributes of symmetry: small noses, smooth, milky, alabaster skin, and long hair; features most commonly found in white people.

So why do we have an innate desire to categorize people as cute or not? Other than societal norms of oppression that support our economy of capitalism by focusing on imperfections, we have a deep desire to identify what is healthy using appearance. We still have instincts pushing us to sustain human life and procreate, thus signs of attractiveness identify health and fertility. If he/she looks well taken care of and fit, then surely he/she can reproduce and protect life.

Pretty privilege and attractiveness bias has a strong foundation in colorism.

Colorism is not only prevalent with the United States, it’s a worldwide pandemic of discrimination. Trina Jones, professor at the Duke School of Law, states that it is also prevalent in the Latinx and Asian communities. People tend to have a preference for those with lighter skin tones. She defines colorism as skin color discrimination.

According to Jones, this form of discrimination controls not only your attractiveness but also your accessibility, desirability and relatability. This is evident in part due to the high demand of skin bleaching and lightening products with Asia being the primary market. In several Asian communities, complexion connects strongly to the caste system and social hierarchy. The darker complexion denotes lower socio-economic status and lower access to economic transition.

So the need to lighten is believed to be imperative to the individual’s access to success. Helen Fisher, an anthropologist at Rutgers University, agrees that humans equate visual perceptions to reality to maintain the status quo. “People assume that a person who’s very good-looking is doing a better job than in fact they are doing. So they rise up in the company, and they have more status. They have more power,” she said.

This methodology is not only presumptuous but also faulty. We are essentially all walking around judging books by their covers and assuming that what is on the outside is true for the inside. We must demur this idea; hence the phrase beauty is only skin deep.

Pretty privilege affects our lives and ultimately our success.

Mock states, “I did not work for it, yet it has opened doors for me, allowing me to be seen and heard.” Some of the ways in which prettiness can assist in success include:

Evidence of pretty privilege can be seen in obvious industries like entertainment. Thus, you have some of the most successful people in music being white or minorities with proximity to whiteness i.e. Beyoncé, Cardi B, Rihanna, etc. This is also prevalent in politics and the world of academia.

In an article titled, “Attractiveness Bias in the Interview: Exploring the boundaries of an effect,” by Comila Shahani-Denning, a significant attractiveness bias was found that resulted in those deemed as attractive being selected for an admissions interview.

While attractiveness did not hold the most significance in admissions, it did however solidify an interview for the candidate. “It is well established that the physical attractiveness of the source of a message can influence recipients’ attitudes about the message proposal.”

While my professor was not statistically wrong in her criticism, it is ethically unacceptable.

Pretty privilege does not discount anyone’s hard work or ability, but it does however, hinder those who have no control over their visual aesthetic and are not considered pretty. They lack the advantage which can result in missing opportunities to solve great problems and utilize one’s mind for the greater good and benefit of us all.

We must remain aware of the biases we all hold and ethically manage our behaviors. We must provide the opportunity for those outside the realms of traditional, Westernized beauty to be heard with equal vigor and inclusivity. We must consistently remind ourselves that appearance does not provide a clear interpretation to the nature and ability of an individual. Ultimately we must always challenge our automatic thoughts, judgments, and behaviors with a little critical thinking.