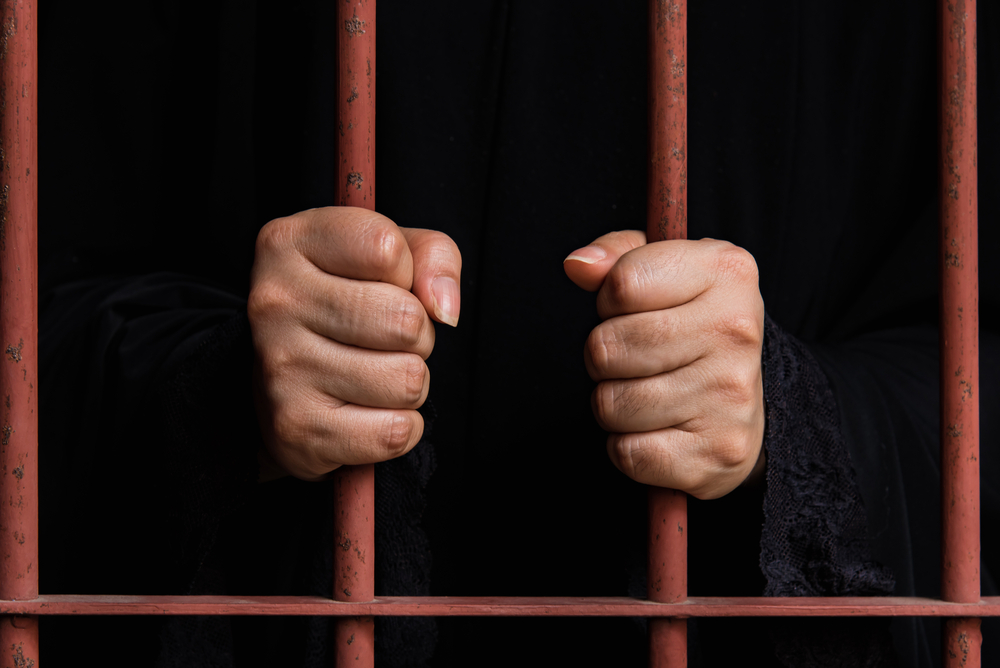 Iranian Prison: The Best Place to Get Your Body Bikini-Ready

I was in prison, again.

This must have been my 7th or 8th time.

Honestly, I’m not too sure, not only because I barely remember my life before the previous arrest, but because it all feels the same.

It’s like drowning in quicksand, over and over again.

It’s all so similar that you lose track (like each time you finally decide to be more optimistic and then your period comes and all you can do is swear, cry and consume gallons of ice cream).

You probably think that going to prison, especially for political crimes as in my case and in a country like mine, is an unbearably heart-wrenching experience.

Well, I can tell you that it’s not like that all: It’s much worse.

But if it’s possible to see a positive side to death – which for me is the only thing for which there are no remedies – then I should be able to see a bright side to being a Persian ex-con comedian.

You see, going to jail, especially right before summer, is an optimal and guaranteed way to get ready for swimsuit season.

For now, let’s ignore the fact that in Iran women aren’t allowed to wear swimsuits and swim in the sea like the rest of you.

I mean, can you believe that in just five weeks in jail, I lost 24 pounds?

I was talking about it this morning with a friend of mine who is struggling to lose 20 pounds after giving birth.

Here’s what I recommended: Publish an article tomorrow on the girl who was beaten by the morality police because she did not wear her headscarf (I am one of the girls of #Enghelab). Be sure to add the hashtag #GirlsFromEnghelab to your piece because you don’t want to get released before you lose those extra pounds.

Another good thing about going to prison is that it helps you to be more popular, in my case with other women.

It’s a great way to make new friends, especially for someone like me, who struggles to have women as friends and tends to build friendships only with men (even at the risk of being called “slut” by other women).

I made some friends in jail who loved me so much that they ate all my meals and sometimes kept me from sleeping for more than 72 hours.

It was so considerate of them to motivate me to reach my target weight faster.

I don’t want to give away their best trick, they used it to keep me on my toes, elevate my heart rate and help distract me from my hunger and fatigue. Ok, I’ll tell you, but don’t let this amazing secret get out. Besides, it was just a silly prank. So, they pretended to be high on drugs and infected with HIV and threatened me with syringes, in exchange for money and food.

Hilarious, of course, they did it to distract me, so I wouldn’t think too much about people on the outside, but I fell for it every time!

It goes without saying that the best thing about this unique and informative experience in jail, is that I got to take a break from my relatives and colleagues – imagine weeks on end without having to listen to my mother criticize my lifestyle or without having to pretend to be busy so my lazy colleague wouldn’t ask me to do his job.

Sure, every now and then you think about not being able to see the people you love and would like to hold and hug every second of every minute of every hour of every day you’re in there… but you can easily get past it thanks to those helpful friends you made inside your cell.

For someone like me who writes satire for a living, going to jail is truly a gift.

First, I learned a lot of bad words and offensive expressions that help me to better understand the comments under my posts on social media. Then I encountered so many comical and paradoxical situations that I can easily come up with at least a month’s worth of funny stories.

For example, Iran’s Islamic law says that you can’t keep a person in jail who has not been tried and convicted, but I’ve been inside for months and when my trial finally arrived, I was found innocent!!!

What’s more satirical than that???

In the end, I would like to tell you that there are positive and negative aspects to every human act, in every injustice, in everything.

But none of what I wrote above is true.

Going to prison for an ideal sucks.

Being condemned for a thought sucks.

Spending the best moments of the year (New Year’s and my birthday) in a 6×6 ft cell with someone who could barely stand because of all the drugs she had taken sucks.

Living in Iran sucks.
But I can see a positive side of all this: When I will finally live in a free Iran, as a free woman, I will feel happy. Infinitely happy. And I will savor every moment of my life fighting for other women and men in the world who were once like us, suffering injustice.

Even just a minute of the life that I will have, is worth months in prison.

Walking without a headscarf through the marvelous streets of my city is worth months in jail for having fought against the mandatory headscarf in Iran.

I am one of the girls of #Enghelab