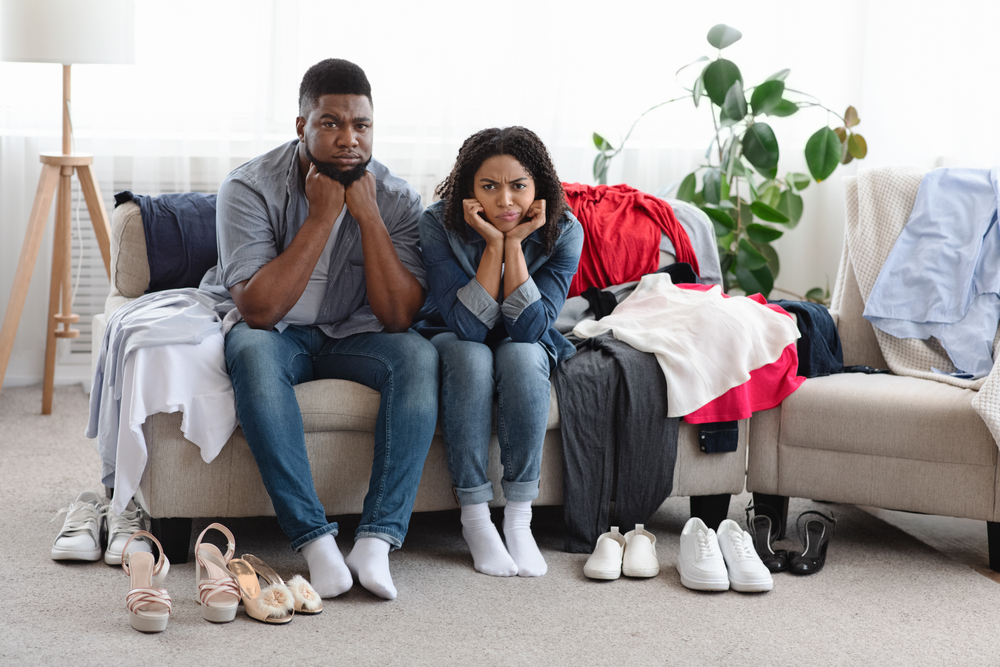 Relationship Advice for Sheltering in Place

Shop for the lockdown and come home with, among other groceries, four cans of soup. Learn this is an alarming lack of soup. Be too particular about toilet paper. Until it’s too late.

Join the dog in staring out the window. Mention how deserted the street is. When he responds, say, “Wait, hold on. I just thought of the perfect song for my quarantine playlist.” Ask Alexa to play “Breathing” by Kate Bush.

When your daughter is forced to come home from college, retrieve the individually wrapped take-out forks you’d insisted she take for use in her dorm, and place them in a pile in the dining room because they might be useful at work.

Continue going to work as a sort-of essential person at an essential business. Never bring the forks to work, so when your husband walks past them every day, he can mutter out the first syllable of your name. When he coughs, yell from the other room: “Did you cover your mouth?”

Ask where Joe Biden has been.

As you’re eating lunch, describe what you saw a woman doing with her chewing gum, with her hands, before she reached out to touch you. Too descriptive.

Instead of thanking him for vacuuming, tell him he forgot to turn off all the lights he’d turned on while vacuuming.

While he’s actually working from home, take a break from Twitter to offer unsolicited advice on how he might do his job better.

Ask where Biden has been. Again.

At dinner, as your husband clears the plates, say you want to save the leftovers. They’d make a good lunch if you put an egg on top.

Look out the window; see a group of young men, one in mime makeup. Call into the other room to ask your husband what they might be doing.

Accidentally store the quarantine-size bag of onions next to a heating vent. Open the window to mitigate onion smell, until he can’t work because the apartment’s too cold.

Suggest watching the new season of Vanderpump Rules together. Watch Succession instead, but spend the entire time messaging a cousin and asking what just happened on YOUR show.

With the toilet paper situation critical, stop him on his way into the bathroom and ask him to rate the urgency on a scale of 1 to 10.

Suggest saving leftovers again to eat the next day with an egg on top. Smile serenely as he gestures at the refrigerator and says: “Stuff goes in here but it never comes out.”

As a midnight snack, while awake and trying to figure out where Jimmy Kimmel got that amazing dining room sofa, eat the leftovers with an egg on top.

When he proposes watching Succession the next night, say you can’t because you’re shopping online for a dining room sofa.

Watch Contagion, about an animal-borne virus started in Asia that becomes a pandemic. Find it oddly soothing. Was Gwyneth Paltrow robbed of an Academy Award for that death scene?

Stay awake thinking about Contagion, especially the violence that follows food shortages. Berate yourself for your lack of canned soup. As he’s falling asleep, ask if it might be a good idea to buy plywood to cover the windows.