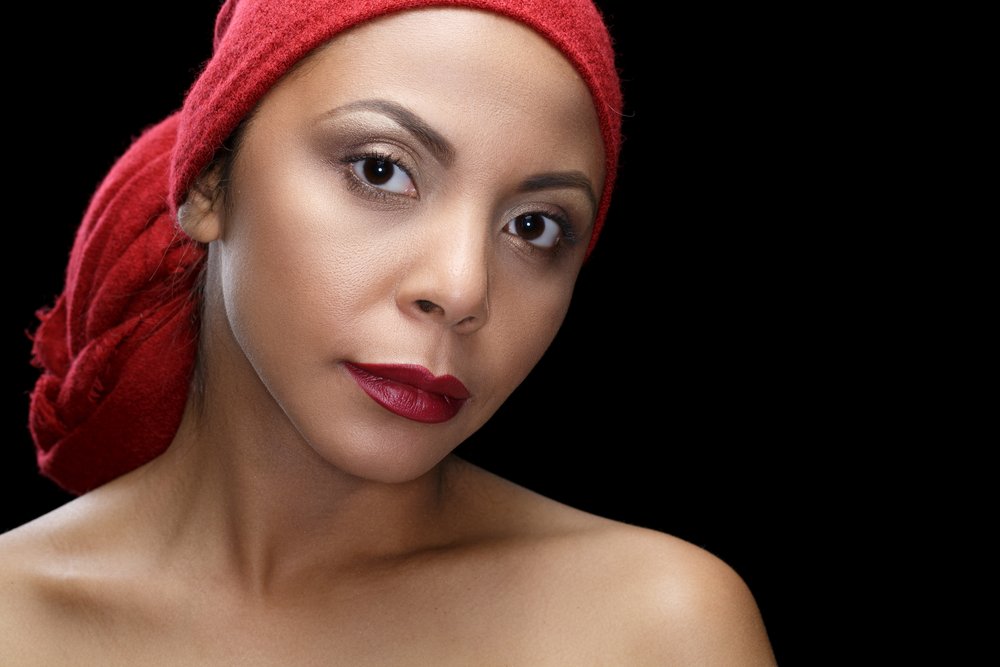 Choose the word that least relates to the topic.

Complete the sentence by marking the answer that best fits.

Read the text below and simply listen to understand.

I just took a DNA test, turns out I’m 100% that bitch, and that’s just about the only thing I know for sure in terms of my identity. Often times, I wish that being confident as a black woman were enough, or that I were complacent with the idea of just being black, even though black (the “color” of my skin) kind of, sort of, completely erases and simplifies what my people and I really are.

At one point, only knowing that my grandparents on both my mother’s and father’s side were from the South and migrated to the North sufficed. The bare minimum sustained me until I began to meet and converse with people more and more unlike myself: non-black Americans who could, without hesitation, share and be proud of the country their family originally came from, and who also still practice original traditions.

Their traditions had yet to be seized by America and warped until they can no longer belong to just them. Their rituals were still authentic and not yet stigmatized.

And I suppose that was another reason I decided to ship off a glob of my spit to the federal government, where they’ll probably save it and later do what they did to Henrietta Lacks. I did it because of what little I knew about myself, what little I owned: the music I listened to, the hairstyles I wore, the Ebonics I spoke. Every little tangible thing that I had was constantly being borrowed but never returned and, quite honestly, ruined.

I was frustrated with trying to search high and low for new things that would make me feel whole. There aren’t many scraps of black culture left to pick from, which is why black people are constantly creating something new to call our own. While many were and still are okay with redefining themselves, because – trust me – it’s a lot easier to do that than all this damn research, it’s wasn’t okay with me. Not anymore, at least. I needed to know who I was at the core; what I was born from and what I will die as.

In 2017, I begged my mother to buy a DNA kit for my birthday. There were several DNA commercials that played rather frequently at the time, reminding me that knowing was easily accessible. But after getting the results back, I learned that knowing was only accessible if you had more money to dig deeper.

What I managed to obtain gave me some gratification while simultaneously shocking me.

I then wondered just how much more I actually needed to know, or better yet, how much of it could I stomach. Apparently, one of my great or great great grandparents is 100% Nigerian and they were born somewhere between 1840-1900. Cool. Based off the timeline, that could easily be my granny’s mother or her grandmother.

On the opposite end of the spectrum, another one of my great- or great-great-grandparents was 100% British and Irish, again born between 1840-1900. I later found out from having a conversation with my father that the 25% European portion of my composition may have come from my great-great- or third great-grandfather. Apparently, that’s only one Google search away too.

The results left many holes. Another ancestor of mine, born between 1780 and 1870, was 100% Ghanaian, Liberian and Sierra Leonean. The findings traced back a total of eight generations, tossing me into different regions all over western and central Africa, but giving nothing about the exact ethnic groups in these African nations, or better yet, which one out of the 250+ that exist.

Was it Fulani, Yoruba, Akan, Mende, or maybe Igbo? Nothing about the languages, the religions practiced or forms of art that these groups of people create. Nothing about the food, the history, and experiences rooted in those areas. Nothing about the names of my ancestors that were packed onto ships, that may have jumped overboard or died from starvation, diseases or endless melancholy.

I learned nothing of their ages. If they left behind children, husbands, or wives. If they were children, husbands or wives. Nothing that answered all of my questions came out of all those numbers. Just more confusion. I even tried to sit with the idea of, “at least you have something to be confused about now” rather than nothing. But that’s just settling, accepting what is given to me, though I’m far from satisfied with it. I think black people have had enough of that already. I wanted more; we want more.

Many times, I wondered, as I still do now, where do I go from here?

I was in that box now, merely moving forward but hitting a corner every few seconds. I was being turned back around and going over the same patterns and information I already knew. Nothing new appeared, no new results, no reparations, nothing. This was no game of Monopoly. I wish it was.

The only living elder I knew at the time that might have had some info was my granny, but she also had dementia and could barely tell who we were some days let alone where her antecedents were from. Not even the family reunion booklets we collected every two years could delve past the American end of our lineage.

I then wondered, should I have just been grateful for that too?

Be grateful that I’m able to at least trace back the racism that was cast upon my grandparents in the South, that it allegedly ended and “helped” us find modest lives in Chicago? I no longer knew how to feel, what to think, what to identify as. So, I stuck to the less than defining “black” assigned to me.