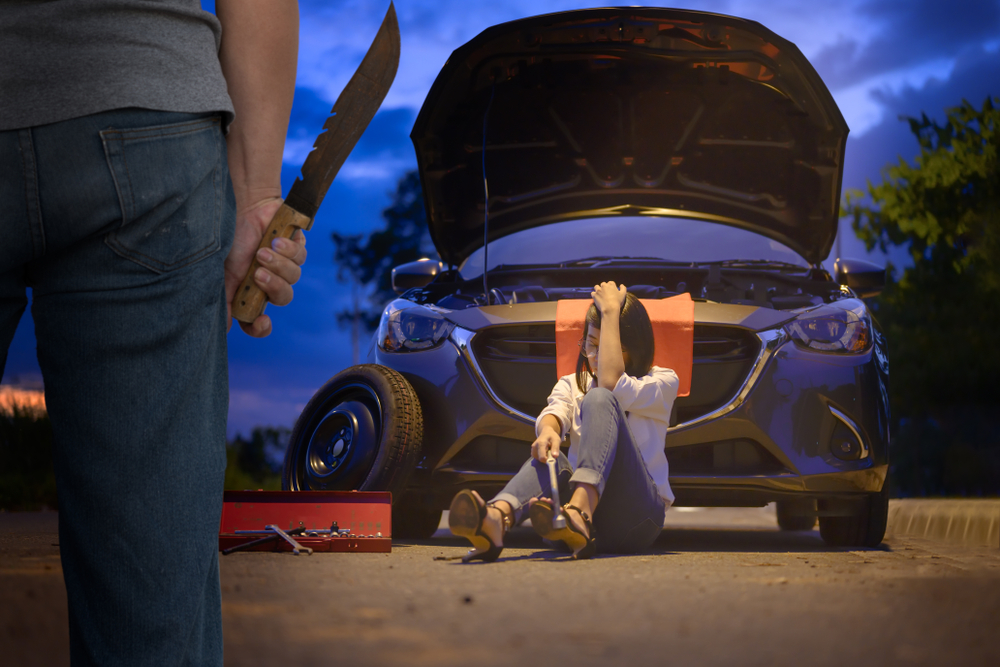 Fifty miles to go and an empty tank.

I know I have $5 somewhere, I thought as I rummaged through my purse, swerving down Highway 69 – perhaps the least sexy road I’d ever been on. I had long passed the grass-green signs indicating an exit for gas stations and abandoned shopping malls. I was heading home from my reporting job at an online newspaper in Madisonville to my $350-a-month wreck of an apartment in Owensboro, an hour-and-five minute commute one way.

For some back story, I was poor and unhappy, months after I graduated from the University of Kentucky in 2013. I was in the butthole of America with a shitty car that ran on fumes, an even shittier apartment that lacked all qualities of a decent place to live with laughable security and no dishwasher. Not long before, my news bureau in the town I lived in collapsed, so I had to decide between going back home to Central Kentucky and live with my parents, which equaled failure in my mind, or to accept a pay reduction and demotion and drive more than an hour each way to a job that made me throw up with anxiety each morning. The city of Madisonville was even worse than the job itself; it had Sonic Drive-Thru over the railroad tracks and one bar that still had a smoky residue from the night before.

I hated everything about that year. I felt so unsafe with my first real journalism job falling through, being away from my family for the first time and living by myself while my friends were still doing beer bongs at tailgates 200 miles away. The FOMO was real. The week before, I had told my only friend in the town, a boy I knew from college, that I was in love with him so dramatically in a dark parking lot, a scene that I thought would end up like one from a CW teen drama but ended up being the most embarrassing and traumatic thing I had ever gone through. So now I had no friends and no boyfriend.

On top of all that, I was having night terrors every night before I went to sleep; my doctor told me it was a result of a new anti-depressant I was taking. I woke every night around 3 a.m., which is totally the hour of the devil in every horror movie, to a phantom man looking over me in my bed (and not a cute one, let me add). LEGIT, I thought I was going to die. I scooted up out from under the covers as far as I could go and then I eventually would wake up from the deep sleep. One night, I swear the phantom guy even put his hands around my neck. Now, it was endless cycle of not being able to sleep, then falling asleep, seeing this phantom who wanted to kill me, waking up and forcing myself not to fall back asleep, being half alive throughout the day and wanting to fall asleep at work, then again and again every night.

And it could only go up from here, I thought. But, I was so, so wrong.

On this particularly shitty night, I was rushing from a public school board meeting to watch The Bachelor – TV was the only thing I had to look forward to during that time. I was broke, so broke that the car was on “E,” and I had to make it to payday before filling up the tank. I couldn’t ask my mom and dad for money AGAIN. I was such a failure, I thought. Twenty-three is a time when you think you’re an adult but you could be wrong. Really wrong. You’re still a kid. You need to call your parents to deposit money into your account, to pay your cell phone bill and to remind you to change the oil in your car (Note to dad: I haven’t had an oil change since 2013 and my car is perfectly fine).

As I drove down the dark highway listening to a true crime podcast about a murdered woman, I was reminded that my car couldn’t make it much longer. I needed to stop and at least put $5 in the tank to get me home. I hadn’t seen a sign for a gas station for a few minutes and I was getting nervous. I was alone on a country road, at risk of being picked up and eaten by a strange man with a banjo. With my head in my hands, shivering in the below forty degree winter air, headlights flashed on the opposite side of the barely two lane road. Slowing down, the truck pulled up parallel to my window and the man motioned for me to push the button. Reluctantly, I pushed the button down far enough for him to see my eyes.

All I heard was, “I like killing people because it’s so much fun,” like what the Zodiac Killer, a serial killer that terrorized Northern California for years, said. At twenty three, I was already a big fan of true crime; I grew up watching Law and Order, listened to every crime podcast on the iTunes chart and scared myself so badly watching 48 Hours alone in my apartment I wouldn’t get up to use the restroom. I knew what kind of psycho killers were out there, and right then, I was pretty positive the Zodiac Killer had traveled thousands of miles to murder me.

“Are you OK?” a woman sitting next to the creepy man leaned over him in the seat and asked.

Thank god, I thought, a woman. I couldn’t be murdered by a woman.

The couple, in their mid-to-late-40s, were local farmers, I learned. They lived a half mile down the road. I climbed in the backseat of their truck to their home, where they filled a gas can and drove me back to my car, unharmed.

There were good people out there.

I drove off, back to my home where I only stayed for another month until I moved to Louisville. I was never murdered, obviously, but in that short time I lived by myself I realized how easy of a target I was and still am. I still made such dumb decisions, but I learned to look behind me as I walked down the street and hold keys in between my fingers as I got in my car.