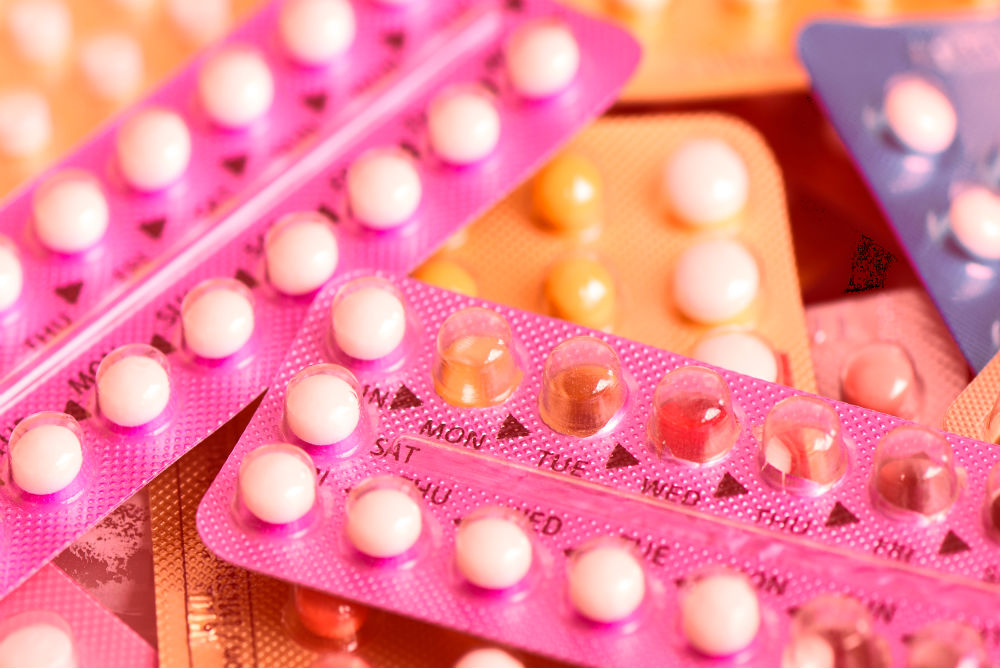 If I owe the life I’ve lived to any one thing, it’s birth control (followed closely by chocolate, divorce, herds of wiener dogs, and the ability to cut you with my words.)

From the Pill, to condoms, to running out of the room screaming, “Not tonight, I have a ruptured ovarian cyst,” the ability to decide if and when I might like to have a bun in my Easy-Bake Oven has influenced everything I’ve aspired to and achieved in my life.

Sure, I haven’t run for president or gone to space, but never say never.

In 1974, when I wasn’t quite 18, I went to the Student Health Center at The University of Texas in Austin, had my first gyno appointment, and got a prescription for the Pill. I hadn’t yet had sex, but it was looming (and given the experience with my first sexual partner, “looming” is absolutely the proper word choice here.)

Back then, birth control pills contained so much estrogen that for several days a month I experienced severe morning sickness and thought I was probably pregnant. But every month, my period would come like clockwork and woo-hoo, no babies for me! Also, all that estrogen gave me boobs for the first time, which was awesome, but kind of distracting when I’d look down at my Econ textbook and have to read around them.

I was on the Pill for a very long time – almost 30 years. When I was in my twenties and thirties, every woman I knew was having babies and they (and my in-laws) all insisted that sooner or later, my biological clock would start ticking.

Good thing I’ve had tinnitus for decades because I never heard that baby alarm go off.

By the time I reached my forties, most people assumed my eggs were past their expiration date, so they stopped demanding to know when I was going to start having kids— and started bugging me to babysit instead.

At one point in my preventing-birth-by-any-means history, I tried getting off the Pill and using a diaphragm instead. But I lost my grip on it and it flew across the room and almost put out my partner’s eye. That was the end of that experiment!

I also once tried the female condom, but as far as I can tell, it prevents pregnancy by causing both sexual partners to laugh so hard they never actually have sex. At one point, I think I used it as part of a puppet show.

The Ghost of Christmas Past may have made an appearance that night.

I started having sex before the AIDS epidemic and the rise of chlamydia and HPV (a great band name, by the way… “Give it up for Chlamydia and the HPV!”). Back then, fear of sexually transmitted diseases wasn’t as palpable as it is these days. I believe my college roommate had sex with three strangers while waiting in line to register for classes. I, myself, prevented sexually transmitted diseases by having lots of sex with one guy, marrying him, then having a lot less sex, then getting divorced and repeating the process.

Needless to say, my generation wasn’t as diligent about using condoms as sexually active people these days need to be. Thank the Goddess because the smell of hot latex is a real turn-off. Perhaps this is why sweaty superheroes aren’t high on my bucket list of people I want to have sex with before I die.

Today, there are so many more birth control options; all but two of them (condoms and vasectomies) are the responsibility of women.

Scientists tried to make a birth control pill for men, but the guys got all emotional and weepy and refused to take it. Why someone didn’t shove it down their throats with a finger and then pat their throat like I do with my dogs, I do not know. (Just to clarify: I’m not giving my dogs birth control pills.)

If you’re still in your childbearing years, having sex with a man, or several, and aren’t actively trying to get knocked up, chances are you’re on the Pill, the patch, an IUD, or you spend all night laughing instead of having intercourse. And right now, while we have these options, we should give thanks.

And, more importantly, we should vote to make sure we women are always able to choose what we want to do with our bodies. Don’t let the babies in Congress ruin your life.