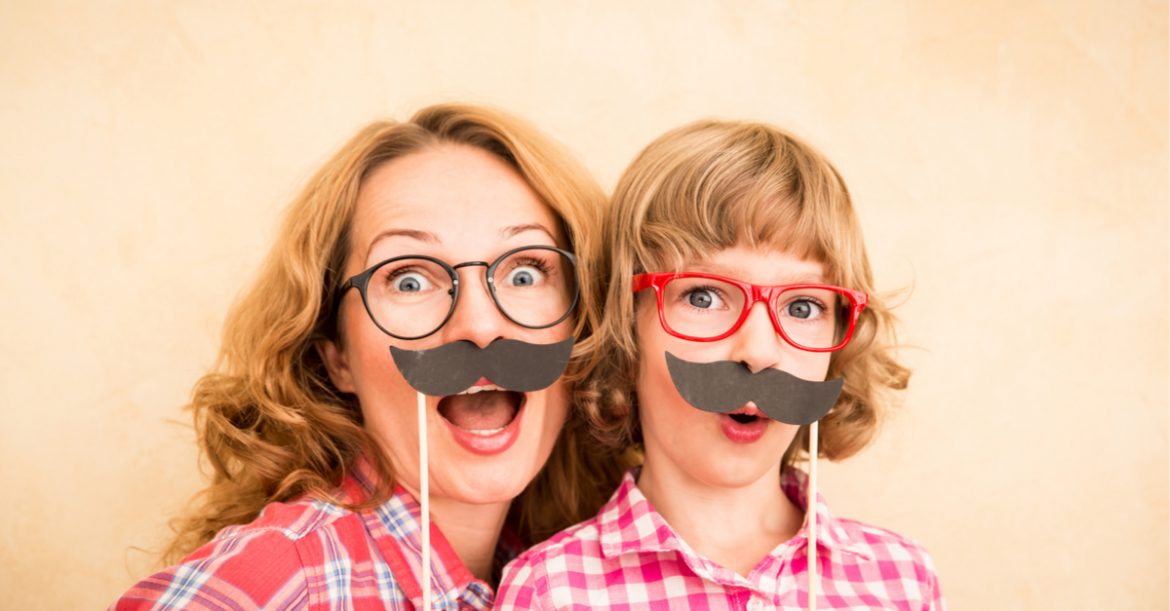 Why Parenting Is the Best! (And Also the Worst)

You know what I realized? There are no “parenting experts.” Or rather, all parents are parenting experts. Once you’ve performed surgery to successfully remove a booger from a 2-year old’s nostril at 3 am and written an original song called Smile Town that you’ll perform on command, you develop some valuable niche knowledge.

So, as an official Parenting Expert, I’d like to share some of the lesser known perks and drawbacks of having children. And they’re not going to be the clichéd ones you see in blogs like, “your heart grows three sizes” and “getting pooped on.” This is gonna be the real shit, I mean, poop. (Sorry, forgot I was a parenting expert for a second there.)

Let’s start with some good news: kids are going make you a better person.

When you become a parent, you realize you need to set a good example for your child. You can’t call everyone who cuts you off in traffic an ass clown unless you want your kid’s first words to be “ass” or “clown” (or both) because guaranteed, that will happen.

I mean, you could say “Mama” a trillion times a day to your baby and “shitbird” just one time when you knock over the Diaper Genie at 3 am and all of a sudden, your little angel is babbling, “shitbird” to your mother-in-law at Christmas. Hypothetically speaking. So now, you say things like, “That guy’s not a buddy!” in a sing-songy voice about the ass clown who cut you off, as if you’re hosting your own children’s television show from the driver’s seat.

My kids have learned quickly that there are a lot of people on the road who aren’t buddies.

You also start eating more vegetables and organic stuff, and less junk. I used to drunkenly devour a Mama Celeste Pizza for One at 2 am. Last week, I bought an organic cauliflower pizza crust, which is, you guessed it, a “pizza crust” made entirely out of cauliflower. Adding organic tomato sauce and hand-grated organic cheese (pre-grated has fillers!) optional. I’ve also made kale chips without irony.

Having kids also loosens you up. Literally, of course, if you have a vaginal delivery. I’m kidding (sort of). Things that seemed soooo important before (the latest trends, mani/pedis, showering, wearing pants) are less important now that you’re wholly responsible for another human being’s life.

So, you forgot to wear pants to the store (again); you created a whole other person!

Likewise, things that used to seem so difficult or painful are nothing compared to pushing a 6-10-pound object through the birth canal, which by now we all know is just a fancy term for the tunnel that ends at your vagina.

Remember when you were a teenager and you joined the Burt Reynolds/Kirk Cameron/Jonathan Taylor Thomas (choose your generation) Fan Club and thought the sun rose and set with that dreamboat? Well, great news. You’ve just created your very own fan club. My kids think I’m the prettiest, smartest, funniest person and best mother in the whole wide world. I know this because I have several mugs, buttons, and handmade cards that say just that on them. Congrats to all the runners up!

And now for some of the cons.

Better bolster up that self-esteem because kids are going to tear it to pieces like it’s a box of Girl Scout cookies at the end of a Whole 30. Remember, “Kids Say the Darndest Things?” Well, 90% of those things are about how big your butt is or how old you look. We have one of those showers with the big glass wall in lieu of a curtain. One time my 6-year old son was going to the bathroom while I showered and we were chatting about age. “How old do you think Mama is?” I asked him. He slowly looked my naked body up and down, and then earnestly answered, “about 82.”

I try really hard to model self-confidence and comfortability in my own skin for my children. So, when my daughter asked me why my thighs are so big, I told her, “so I can run really fast,” and gave myself an inner high-five. When she followed up with, “Then how come Marie is so much faster than you and her thighs are so much smaller?”, I slowly shut the door in her face so I could privately curse Marie like she was the Marcia to my Jan Brady. No high-fives that time.

Kids are the reason we can’t have nice things.

Clean cars. Tidy homes. Dinners out at fancy restaurants. Perky breasts. Discretion. Our family has Friendsgiving every year with four of our closest friend families. Every year, there’s a theme. Last year, as my daughter and I were shopping for “1980’s office holiday party” clothes at Goodwill, we ran into a friend and neighbor. She asked what we were looking for and I told her, and my daughter said, “wait, she’s not invited?” My friend joked, “No, because I’m not a real friend.” I know (hope) she was kidding, but it was still mortifying. Kids ruin all the things.

Another check for the minus column is that you’ll never sleep the same way again. Everyone knows having a newborn = sleep deprivation. But what they don’t tell you, is you pretty much won’t get a good night’s sleep FOR THE REST OF YOUR LIFE. Sure, at first, it’s the “needing sustenance” thing and “I don’t know what night is.” Then later it’s, “something hurts but I can’t tell you what it is because I’m a fricking baby.” Eventually, they graduate to, “MAMA! MAMA! Dada ate my cheese!” (Of course, my kid has nightmares about someone eating his cheese.) Then it’s nightmares and night terrors (Surprise! They’re two different things) and potty training and thinking their hands have disappeared when really, they were just lying on them wrong.

Don’t forget your night job as the Tooth Fairy (it pays in teeth)!

And when they’re finally sleeping through the night somewhat consistently, your body has trained itself to sleep like a ninja on high alert who must snap to attention at the slightest sound, be that the dryer buzzer going off, a car driving down your street, or your husband having the audacity to breathe.

I have a friend with three kids under 10, all bad sleepers, and she recently realized she’s been sleep deprived for about ten years. (It probably took her ten years to figure it out because of the sleep deprivation and all.) The point being, you’ll never be that person who sleeps like a log for 10 hours and then wakes up and stumbles to brunch.

You’re a parent now. A more “relaxed” person with a high pain tolerance and your very own hyper-loyal fan base.

You’re also a sleep-deprived zombie whose self-esteem is in ruins, who can no longer enjoy all the things you used to love. But hey, you have that organic cauliflower pizza crust to look forward to!

Maternal Instincts: What a Crock