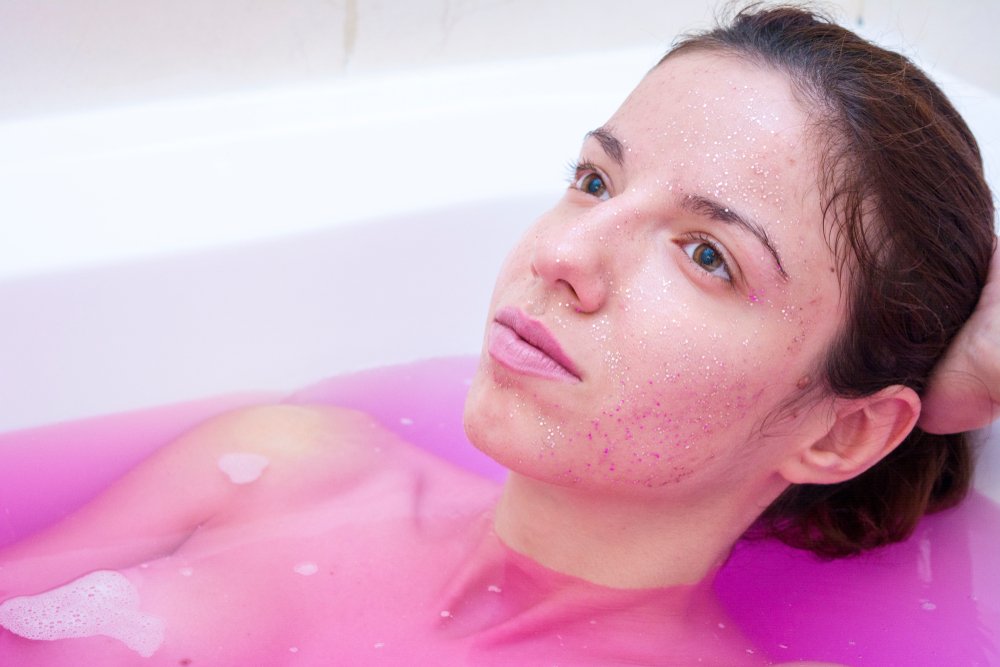 Bath Bomb: Failing to Find Tranquility in the Tub

Last spring I accidentally became ensconced in a springtime Secret Santa situation. It was late February when our little group descended upon a tropical-themed taco restaurant in east London to swap loot.

By the light of a neon palm, I set about tearing at the clump of hot pink tissue paper in my hand. Despite the £8 budget limit, I still feel a hum of excitement. I’m eager to find out what a casual acquaintance has chosen especially for me. It feels like a kind of social diagnosis.

It is… drum roll, please… a bath bomb. Not just any bath bomb: a black currant and cappuccino bath bomb.

“Pretty luxurious, huh? I got you that,” Sophie says, somewhat missing the central point of the Secret Santa format. “I saw it and thought of you!”

She gives me a quick, jovial elbow jab. She’s more or less the height of a well-fed Alsatian, so her nudge lands directly in the soft flesh of my abdomen, which is mercifully ample after a long winter of Camembert.

“Every time I take a bath, I just feel my problems melt away, you know?” she muses. Evocative language for a conversation next to a large, inflatable pineapple. I feel like telling her the only bath that can melt my problems away is one full of sulphuric acid, but hold my tongue. I know better than to out myself as what I really am: a bath-hater.

Now well into my thirties, I have yet to comprehend the ritualized female bathing experience. To me, it has always seemed like a peculiar form of torture, or at least a solid method for extracting a confession from a medieval witch. I can see it now:

“This witch will confess!”

“She will be made to sit alone in a vessel of slowly-cooling liquid until her skin looks like a poorly ruched garment! She will be left in candlelight, so she may better explore her flesh for the devil’s mark — or at least get a good long look at her thread veins.”

“Is that all, Your Holiness?”

“It is an aggressively coloured chunk of matter that fizzes a bit like Alka Seltzer! It turns the water the general colour and odour of a child’s vomit after a day at Six Flags.”

“But will it CLEAN HER?”

“No! She will emerge dirtier than before! And strange hairs will lap up against her flesh. These hairs will belong to no one she has ever met. This will send her into a panicked spiral, wondering if every faucet she’s ever used has been spewing human debris upon her! And then she will confess!”

This comparison seems apt since the only time I revealed my dislike of baths to a group of women, they glared at me over their mimosas as if I’d just hexed their cattle.

“What’s more relaxing than a bath?” one of them asked, perplexed.

“Oh, I don’t know. Dinner with in-laws? Climbing a sheer cliff face? Doing some light dental work on a feral dog? Anything?”

I’m not invited to brunch anymore.

In the bar, I’m fondling my bath bomb, brow furrowed, wondering what about the lump had made Sophie think of me. Black currant and cappuccino. It wouldn’t cross my mind to ingest these two flavours together, why would anyone want to steep in them?

Suddenly, the thought occurs to me: Maybe I should give it a whirl. Hey, it’s been a few years since I last sat in a tub of foam and wanted to die.

And I’ve been wrong before. Like the time I tried to use tempeh in a smoothie. Or when I dressed as Boris Yeltzin for Halloween. (Side note: Don’t attempt such a costume while on the hunt for romantic love. Turns out that ingenuity and verisimilitude of disguise are not top qualities sought after by males of mating age. The shockwaves of your turn as the man who toppled the USSR will ripple into eternity, compromising your innate fuckability for decades to come.)

At home, I run a bath, determined to prove myself wrong. But as I lower the lights and sink in, a familiar sense of panic washes over me: “Now what?”

I hold my iPad with a facecloth and search for reasons why I ought to be enjoying this. Apparently, a bath mimics the comfort of a mother’s womb. To be fair, there are many things I enjoyed during gestation that wouldn’t suit me now, including eating through an umbilical cord, swimming in my own urine and spending all my time inside an aspiring actress from Streatham.

I drop the bath bomb in to see what happens. It’s actually quite fun to watch the purple bubbling around my knees, but I can’t shake the feeling that I’m trying to relax by sitting in a large primary school science experiment.

I can feel myself getting angry, so I try a few thought experiments. Who would I have to be, I think, to enjoy this? This leads to a five-minute stint pretending I’m Marie Antoinette, luxuriating in a bath while my people are rioting in the streets, calling for my execution. This proves to be the highlight of the bath.

As the water begins to cool, I figure it’s time to try the time-honoured leg lift. You know the one. You’ve seen it in TV ads. A woman with a sort of Valley of the Dolls vacancy in her eyes lifts a slim, smooth leg out of the bath, toes pointed. As the foamy bubbles slide towards her thigh, she indulgently caresses her leg, as if the touch of her own skin is enough to bring her to climax.

The exercise has been a massive failure, although I’ve developed genuine envy for the many thousands who can find true solace lounging in a bath. For me, though, it seems less likely to lead to unwinding and more likely to lead to unraveling. After 45 minutes, I’m ready to admit I hexed those cattle.

Drying myself off, I wonder what it was about the bath bomb that made Sophie think of me. I never drink cappuccinos, don’t particularly like black currant, and after half an hour in a tub I’m ready to check into the sanatorium. But, in a way, I’m pleased that I seem like someone who can relax. After all, if she’d known what would really calm me down, I’d have been worried: a litre of vodka, the box-set of My 600-lb Life and the slow, public downfall of every ex-boyfriend. I’ll take the bath bomb for now.