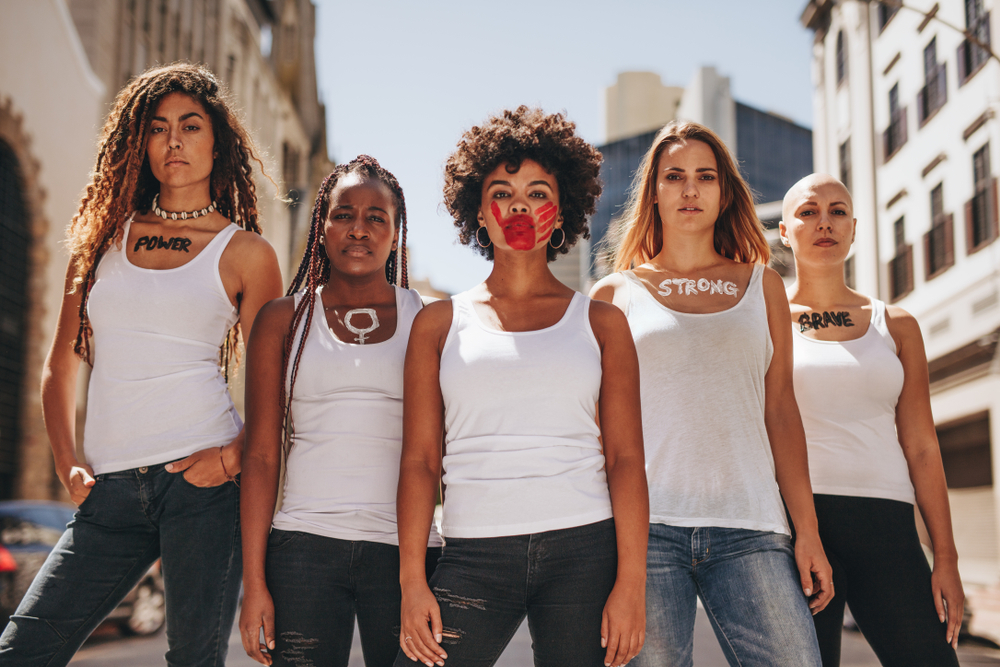 International Day for the Elimination of Violence Against Women: Let’s Just Call It “Take Out the Trash Day”

The International Day for the Elimination of Violence Against Women is baffling.

What are we supposed to do on this day? Do wife beaters and abusers take the day off from landing punches and go fishing instead? (I was going to say watch a football game, but as it turns out, domestic violence actually goes up on football watching days, so that’s probably not a good choice of alternative activity).

As I’ve said before, will say again, and will likely repeat ad nauseum, misogyny is a male-bonding activity. And violence against women has been used to create esprit de corps among groups of men, from sports teams to the military to college-attending men “with bright futures ahead of them.” (History and current events are replete with examples; if this news surprises you, proceed to Google. Do not pass “Go,” and do not collect $200).

The issue with days dedicated to a cause such as this is that they call for statements and pronouncements, but these come primarily from true-believers and are primarily received by the proverbial choir. Women who are victims of violence certainly don’t need a reminder of what they are living or have lived through. So what could we do to acknowledge them differently?

What if we each held an intervention for one person in our circle of friends and family who, over the course of the year, victim-blamed or minimized the existence of intimate partner violence? “John, remember saying Sarah was probably lying about her partner hitting her? She wasn’t. We’re here to escort you to a meeting of Misogynists Anonymous.”  Satisfying, yes. Effective? Meh. And anyone who did this would probably be called out for being mean.  Because you can totally be a rape and abuser apologist, but God forbid you call someone a name! (Pearls. Clutched.).

And if we spent the day shaming abusers, they’d likely sue for defamation. Because that’s what abusers do.

So, what can we really do about violence against women on the International Day for the Elimination of Violence Against Women? Because all I’d like to eliminate is the violent men – but that’s a tall order and, also, illegal. Further, and not coincidentally, I’m tired from fighting violence against women every day. So, when the day comes around, I usually just shrug. I see the headlines and statements and think, “Hum, welcome to my life, I guess? Step into my office.”

But seriously (kind of) fundamentally, my issue with this special day is that I don’t want to celebrate our victories or honor the victims. We celebrate victories when they come and we should (and I do) honor victims every day. But really, I want to hurt the perpetrators. I really would like to see true vindication and a move toward ending this worldwide (and millennia old) abomination. That’s my fuel.

So, here are some thoughts.

Maybe we could rename it “International Take out the Trash Day” and offer free relocation and pro bono legal services to victims of abuse fleeing relationships. We could organize trucks and trains and planes to take women somewhere they can be safe. It could be a national exodus from crappy relationships, neighborhoods and communities.

Alternatively, we could also send platoons of heavily armed open-carrying women into the streets as a show of force. “Gun rights” groups do it when any governmental body passes or attempts to pass common sense gun laws (to protect women from violence, not-so-ironically), so it wouldn’t be so far-fetched to do so in the face of actual life-threatening violence.

When the Colorado legislature passed the “red flag gun law,” fashioned to give victims of violence—who are overwhelmingly women—a tool to remove guns from their persecutors, gun owner groups showed up armed and angry. Imagine the outcries if we did the same! Maybe that would get the NRA on the side of gun ownership regulation (one can dream, I know). Perhaps if the guns were pink and purple?

I just wish this day did not feel like lighting thousands of small candles in an otherwise bleak sea of injustice – intimate partner violence remains the leading non-natural cause of death among women and 50% of murdered women are killed by their former or current intimate partner. I wish, rather, that the day felt like a roar, reverberating around the world, and paving the way to us being safe rather than just being, sometimes, vindicated. I want more: for this day, for women, for justice. I want more and women around the world need more, for their own survival and that of their daughters, sisters, mothers, wives, and partners.

I don’t want this day to be a celebration of what we’ve accomplished (because 1/3 women worldwide will still be the victim of sexual and physical violence). I want a day of righteous rage at the fact that 50% of the population still needs to have this conversation as a matter of survival.

I am going back to the office on International Day for the Elimination of Violence Against Women to do just that. And maybe, just maybe, I’ll fantasize about seeing the streets lined up with misogynists, apologists, and abusers, sitting on sidewalk, a backpack by their side, because the women they were terrorizing finally showed them the door.

But I’m going to hang on to that one for just a bit longer.