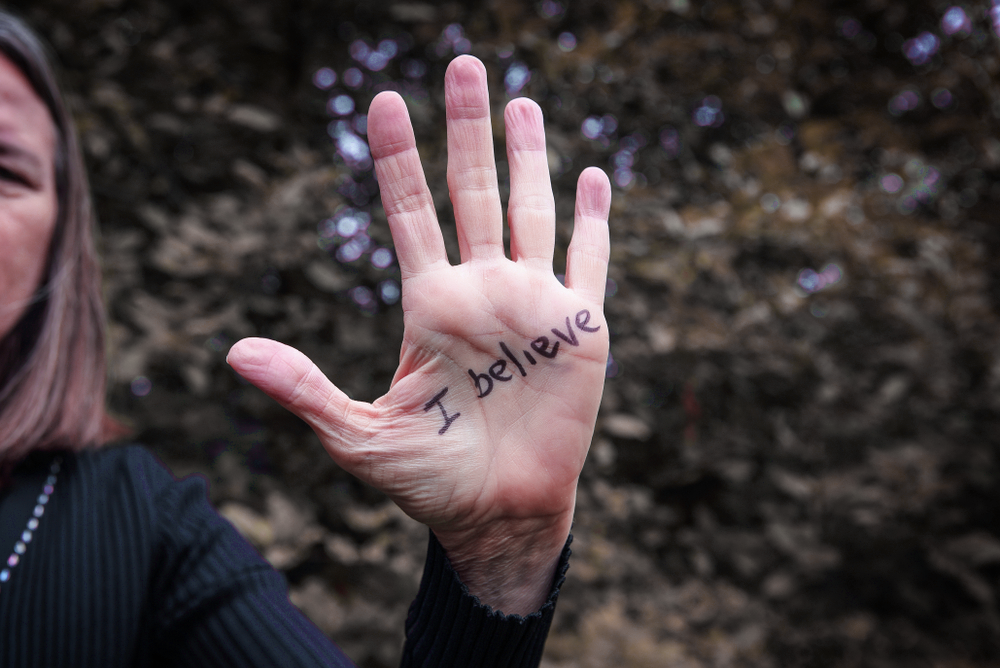 I Mean, He Sounds like Such a Stand-Up Guy. Why Wouldn’t He Get the Job, Right?

As the fallout from Prof. Christine Ford Blasey’s accusation against Judicial Nominee Brett Kavanaugh unfolds like a sexist origami swan, the arguments Kavanaugh’s defense take on the usual tried-and-tested forms.

The first reaction–the immediate one –is that Prof. Blasey must be lying. She has all the signs of a liar, primarily the fact that she doesn’t possess a penis.  Then comes the recognition that even if she is saying some of the truth, she must be confused, after all women are frequently confused, especially during their time of the month or, god forbid, menopause Then, the “maybe it was just ‘rough horseplay’ theory” emerged. At least that’s newish.

Then comes the cavalry insisting that poor young Brett was just a kid, that: whoever he was back then is not who he is now, really, look at this proverbial “good guy” He coaches basketball, for heaven’s sakes.

If these arguments feel familiar, it’s because they are. When Brock Turner, a University of Stanford swim team rapist, raped an unconscious woman behind a dumpster, the arguments that helped him serve only three months of jail time were that “his future” was at stake and that a longer sentence would “ruin” that oh-so-precious “future.” Notice that he wasn’t going to be raped, or assaulted, or killed. He would just have a harder time building the future he wanted.

It has been made clear that our needs are not rights.

Unless we need the white men in our life to get whatever they desire.

Today, we have a white man whose desire to be on the Supreme Court of the United States is in jeopardy because some woman wants to pretend she has the same rights to justice he does. Brett Kavanaugh is undergoing a job interview for one of the highest positions in the land, a position which carries a lifetime appointment. His “interview” has been conducted by 21 people, 11 of whom don’t care about the gaps in his resume, the fact that he has lied to their faces, and that he has a history of alcohol abuse, gambling, and misogyny. Really, he sounds like such a stand-up guy. Why wouldn’t he get the job, right?

Brett Kavanaugh has absolutely no right to a seat on the Supreme Court. In fact, at this point, I’m not sure he has a right to a seat at his family’s Thanksgiving table, not even at the kids’ table (or especially not at the kids’ table). If those who are nominated have a right to becoming SCOTUS justices, then Hon. Merrick Garland was also deprived of that right and would have a remedy against GOP Members of Congress who refused to even meet with him.

Having an illustrious career as an attorney and then a federal judge but missing out on a Supreme Court seat is not “ruining a man’s life.

“His inability to get something he really, really, really wants is somehow outrageous to him and other white men who are huffing and puffing like they’ve got some straw house to blow down. I really, really want a convertible Tesla, but my not getting it isn’t ruining my life. Of course, I AM a woman, so I shouldn’t expect to get what I want.

Then there’s the pregnant minor female, in immigrant detention, who understandably wanted an abortion. Hon. Kavanaugh dissented in that case, arguing that under the law the government has an interest in the unborn and that basically even an unborn child (one who could possibly be male!) has more rights than the woman wanting an abortion.  Why would baby ovens have rights, am I right?

In Kavanaugh’s universe, forcing a teenager to become a mother while in detention because she committed the “crime” of fleeing a country too dangerous for her to stay in was not “an undue burden.” I wonder what would constitute an undue burden for her – perhaps if she wasn’t able to cheer on the boys’ volleyball team due to her extended belly?

What we are seeing is the manifestation of one our oldest traditions: a white man’s ambitions and desires for social advancement are taking precedence over the rights of women generally and the victimization of one woman in particular.

I guess we’re supposed to be thankful that at least the guys aren’t buying us for two goats and some lamp oil.

But we’re not. We’re outraged. And sooner or later that outrage is going to yank the rug right out from under their self-pitying privileged white feet.

Here is to hoping we continue to get better at fighting for ourselves. Our rights are real. Our rights deserve to be protected. And no man’s ambitions are sacrosanct.

I believe Prof. Blasey. Brett Kavanaugh must be investigated by the FBI and thoroughly questioned by Congress. If he’s found guilty of attempted rape, why don’t we try this weird thing called “holding him accountable by sending him to jail”? That’s a seat I’m happy to see him in if the evidence supports it.

International Day for the Elimination of Violence Against...