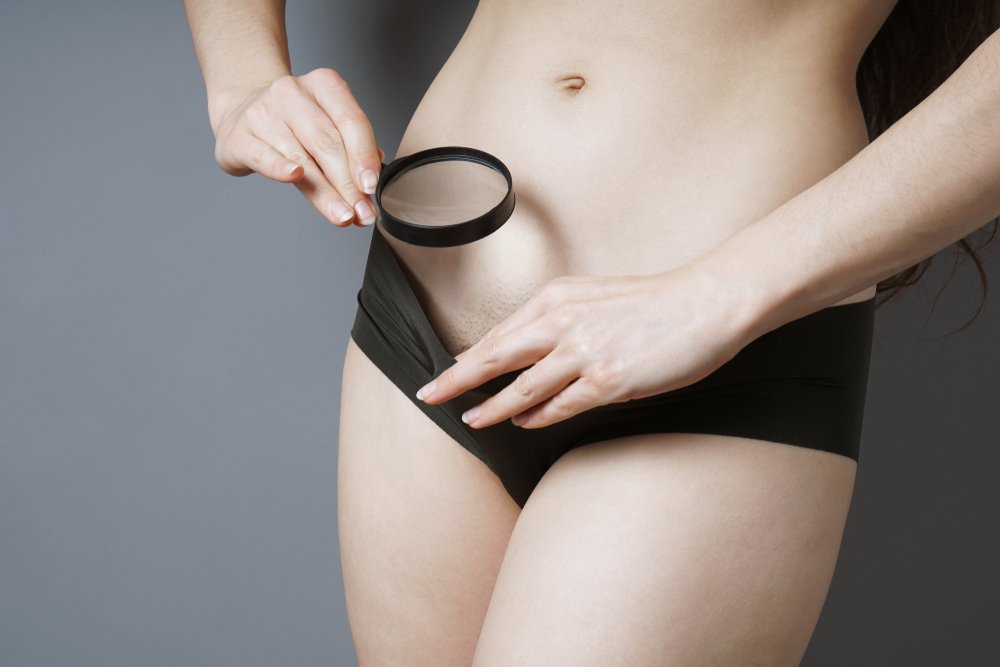 There was a buzz on the playground about some secret hole. You know, down there. When I asked my sister who was three years older for a few anatomical details she said she knew but wouldn’t tell me.

“You’re too young. You wouldn’t understand.”

“Well, I know there’s only two holes. One for poop and one for pee. If there’s another
one, what’s it for?”

“It’s where the babies come out. Now leave me alone and go to sleep.”

“You’re lying and you’re scaring me. I can’t sleep now. I’m telling mom and you’re
gonna get in trouble.”

“Just go to sleep or I’ll tell Mom about that cat you’ve been feeding in the alley.”

That’s all she revealed that night. I never learned how my sister found out about the secret hole.

She did tell me, years later, about the first time she got her period. There was a girl in her class whose sister had cancer. In her way of trying to make sense of the frightening details, this classmate shared that her sister was peeing blood. So, at the age of ten, when first visited by her monthly “friend,” my sister just knew for certain that she too had cancer and would soon be dead. When she told our mother, she was taken into the basement and shown the underground secreted cupboard where the “sanitary napkins” were kept.

Before I knew about all this crimson tide on-the-rag lady business, I’d already figured a few things out for myself.

I knew that women couldn’t get pregnant until they were married, so I reasoned that there was some sort of magic in the wedding ring that made babies grow. Or maybe since the baby was in the woman’s stomach (they’d not yet invented the uterus), it might have been something she swallowed. Maybe that’s why the Catholics had so many babies! It could be those wafers! But the Frum families had even more kids than the Catholics, casting some serious doubt about that hypothesis.

It had to be something else. Wine? I decided to abstain, just in case. I had to get to the bottom of it. With all the babies popping out in our neighborhood, somebody must know how they got there. Why was it such a big secret?

Though I devoted myself to my research, magazines with stories entitled I Fell in Love With My Cousin, or Pregnant and Alone – My Husband Says He’s Not The Father left me with more questions than answers, so I turned to a set of medical encyclopedias my father had ordered. They’d come one at a time in the mail, through one of those book clubs that you signed up for and bought something and got some other books for free. There were some beautiful transparent plastic overlay pages, that you could put over a human figure, showing various body parts and systems.

Ahh, the uterus though! She was adorable.

She reminded me of Lambchop, that hand puppet we all loved. These images confused things even more. I had the schematic but not the mechanics. A lamb jumping rope. It was lacking in depth—the subterfuge complete.

Years later, after I’d graduated from nursing school and had most of this mystery figured out, I was instructing a middle-aged woman, a retired schoolteacher suffering from bothersome urinary retention, in the delicate art of self catheterization. She believed the catheter should slip easily into the place where the baby came out (she called it her Suzie) and was skeptical when hearing that there is a separate orifice dedicated to urine. She looked at my crude drawings with disbelief. The hand-held mirror was of little use. Finally, I enlarged a page from The Anatomy Coloring Book and used a red pen to highlight the target. After a week or so she got fairly good at it.

I thought it strange that this college-educated woman knew as little about her own plumbing as an inner city eight-year-old whose mother could not afford her own new copy of a women’s magazine.

Refusing to use fake names for body parts, when my three-year-old asked about her new baby brother’s extra pieces, I explained in simple but factual terms. There would be no Doodlebugs, Wangs, or Pee-Pees in our home. Not even a Schmeckle. Any family jewels had long ago been pawned for some fast cash. If we were going to learn a foreign language, I’d
prefer it to be Spanish or German—something that would sharpen rather than limit their language skills. We called a spade a spade and a uvula a uvula.

At the next family gathering, my three-year-old informed my mother-in-law that, “Girls have a ba-gy-na and boys have a poinky thing but I forget what it’s called.” For some reason, this information was whispered in confidence. It was still a secret, maybe because even our pediatrician called down there “down there.”

Soon after, when my daughter started pre-school, she came home one day and said “Mommy, when I’m a boy, I can wear a kippa.” Perhaps my explanations had been too simple or maybe she was hinting at something more profound.

The summer she was seven years old my daughter went to a day camp. She came home one day mortified that she’d been scolded for saying a bad word. The girls were changing from their swimsuits and talking about their boobs. She informed her peers, “They’re not boobs, they’re nipples.” For the sin of uttering this bad word, she was publicly humiliated by her adored, gum popping, ponytailed counselor. In our home we did not refer to breasts as boobs, because, well, it made them sound rather like mistakes. My efforts to explain to the camp staff that nipple was actually not a bad word made no impact. I expected at least an apology, but they clung tight to their idioms.

A few years ago, I watched the Netflix series, “Orange Is the New Black.” In the episode “A Whole Other Hole,” a transgender woman, Sophia Burset, gives an anatomy lesson to other female inmates who don’t know where their urine comes from. I was reminded of that late-night conversation with my sister many years ago.

I wonder why this culture of secret body parts with made up names persists, and how it impacts our culture and our politics.

The similarity in those two conversations, taking place more than half a century apart, is striking and I contemplate the parallels with one-part amusement to five parts horror. Yes, we’re still swallowing babies after all these years while old men with direct lines to God make decisions about that which they are ill-qualified to address.

If they have their way, the twelve-year-old whose teenaged cousin forced her legs apart could be required to give birth to her second cousin.

When we have finally eliminated any snippet of sex education from our schools, and have fully reverted to the secret code, who will be left to answer the children’s questions? Will we tell them about cabbage patches and storks and let them learn some truths on sultry nights as they fumble with snaps and zippers doing what feels good and dangerous, then wonder how they could have been so stupid, so irresponsible?

I read an essay to my writing group. It was a humorous story of my son’s embarrassment when he mistakenly reached into a bowl of condoms masquerading as colorfully wrapped candies at the Hopkins Fair. After my reading, one woman’s only comment was, “What I don’t understand is why a ten-year-old needs to know about condoms.”

While abstinence-only sex education has proven about as effective as a Coca-Cola douche, children rely on the internet and more whispered secrets on the playground for the information they’re looking for.

I traded Facebook photos with my son. Mine, with two old high school friends in front of the Capitol at the Women’s March in Washington, his from a sister march in Berkley. I was proud to see him there, a man not the least bit intimidated by a sea of women wearing pink hats with ears. A man who knows a uvula from a urethra.