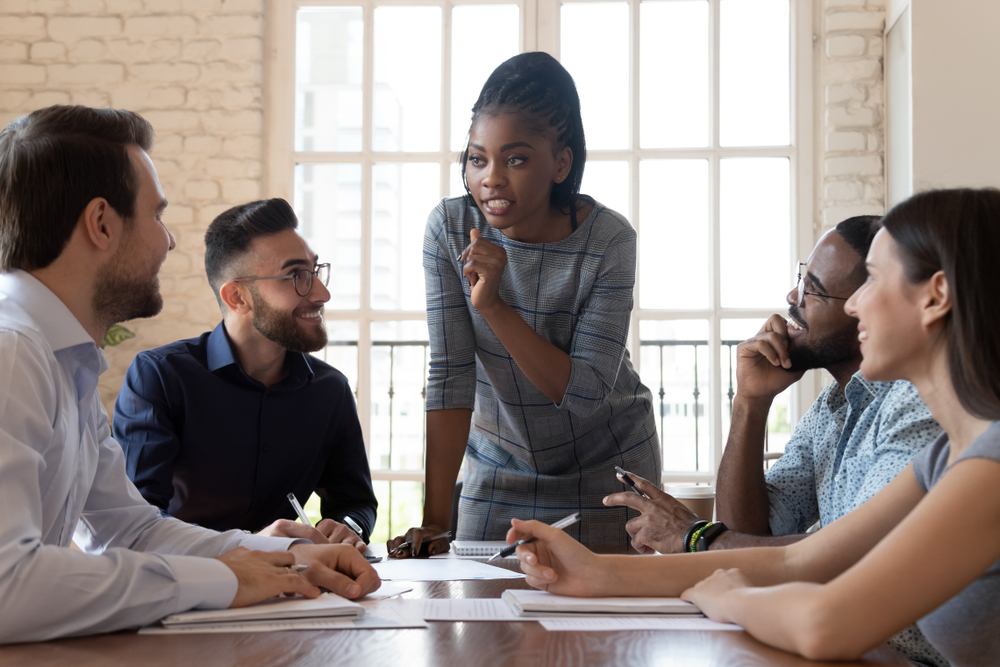 Oh, God, here we go again: another round of discussions on “diversity” with the aim of writing a statement of “diversity, equity, and inclusion” at my workplace. I’d rather be sitting in a tub of ice and water like an athlete after a game than sitting with a group of well-intentioned white people talking about diversity again. Give it up already!

I work in a non-profit independent school in a black neighborhood whose “clients” are 99% black and one percent Latinx. I now have more black colleagues than I’ve worked with in decades. White people are in the minority here. The school is a refreshingly lively place in a neighborhood that desperately needs a shot of energy. Our building is a block off the business district – an eclectic mix of dapper clothing and cell phone stores, places to buy hair that your stylist can weave into your braids, and a good homestyle diner that makes mean hash browns.

But there’s no grocery store in sight. The little produce market that opened last year closed and was gone in less than three months. Boarded up houses sit next to ones that are run down, perhaps still occupied by families who have lived in them for generations. These families either can’t move away or don’t want to. At least the dealers who hang out at the “popi” store one block over keep their distance. This neighborhood is home for our students.

A sprawling, cream-colored building surrounded by a tall, wrought iron fence, the school occupies a corner at the intersection of two North Philadelphia streets. It is commonly mistaken for the Salvation Army center that it once was six years ago due to the lack of signage that says we’re a school. Often someone rings the bell to ask to use the restroom, where they can get a free meal, or if there is a daycare center. Clearly, there are needs in this community and, as I look around, our school is meeting an important one: giving a good education to kids who otherwise wouldn’t have much of a chance.

The white people at school think they are doing a good job. Don’t get me wrong; I think we’re doing good work, too. But the black folks and white folks bring very different perspectives to what we do. The white folks talk about poverty and using education to “break the cycle” of the generational poverty that hovers in the backgrounds of most of our students. They want to save the poor little black kids from drugs, addiction, crime and violence that often accompany poverty.

The black people on staff see ourselves as cultivating skills, tools, and strategies that will help kids navigate the world they live in and the one that lies ahead. We don’t delude ourselves into thinking that we’re saving anyone. The kids have several years in front of them before they are old enough to be called adults. In the interim, they have to live with family members whose lives might be touched by the very things that accompany poverty. We can’t change that. At best, we can help them arm themselves with academic knowledge and the social and emotional resilience to walk in two worlds with their heads up and eyes focused on the future. Most of the black staff navigate two worlds, regardless of where we are economically. We’ve learned to move between cultures, speaking the language and adopting the behaviors that allow us to be in the room alongside the white people who control things, but speaking our own language when we’re together.

Not one of us needs a savior.

Strength, resilience, and a keen-eyed view of reality are the primary tools we black folks use every day. Sometimes this means gritting your teeth, rolling your eyes, and forging ahead unless you plan to disrupt the status quo and can creatively manage the outcome. I’ve pretty much abandoned any idea of even making a dent in the status quo at work. “Do-gooder” white people can be tone deaf and blind. They might have a couple black friends with whom they can share a joke; they pride themselves on working with “the poor”; and they donate money to progressive social causes. They’re “good!” When tasked to work on things like a statement of diversity, equity, and inclusion, they do it to benefit someone else; they don’t think they need it.

One of the problems of trying to do diversity work in mixed race groups is the differing perspectives and histories that people bring to the task. The resulting statements often include flowery language about “valuing diversity” and “respecting differences.” Translation: it’s okay to include some black people because it looks and sounds good, and we feel good about it. For a lot of well-intentioned white people the “feel good factor” is what it’s all about.

So, on my job the black people have to sit through one torturous staff meeting after another trying to come up with a statement that leaves the white people feeling good, but really says nothing. We sometimes fantasize about staging a “blackout” and not coming to work, but the white people will only notice when there’s some hard task to be done. Black folks keep the place afloat but we’re never invited to the table where the real decisions are made.

Taking a deep dive into the underlying stew that gives rise to writing diversity statements is painful and hard.

You have to be willing to wade through a 400-year morass of history that includes slavery, Jim Crow laws, lynchings, and the systematic development of institutions to keep black people in a place of enslavement, minus the shackles. It’s a bitter pill to swallow that as a white person you’ve participated in, and benefited from, institutional racism even if you personally have never told a racist joke or your ancestors never owned slaves. Acknowledging the benefits makes white people cry or get angry, and then the diversity work stops. Quite frankly, I get tired of being made to feel that I have to dry white folk’s tears and say, “There, there” so I can be asked, “We good, right?” in a way that dismisses all of the pain unearthed.

No, we’re not good. We’re not good at my job. We’re not good as a nation. And we won’t be “good” unless we are willing to acknowledge the past in order to move forward. People with the power have to begin the process, and maybe do a lot of internal work before asking for a dialogue with those who don’t have the power. After all, the powerful have the most to lose. I don’t know if we’ll get there and, if so, it probably won’t be in my lifetime. I live with institutional racism every day, and it’s tiring.

But every now and then I grit my teeth, roll my eyes and plunge back into a conversation about racism with a white person. Sometimes we both walk away feeling like we’ve moved a boulder forward a few feet. Maybe that’s how it is: a few steps over a long stretch of time. And maybe we’re not good, but we’re better.