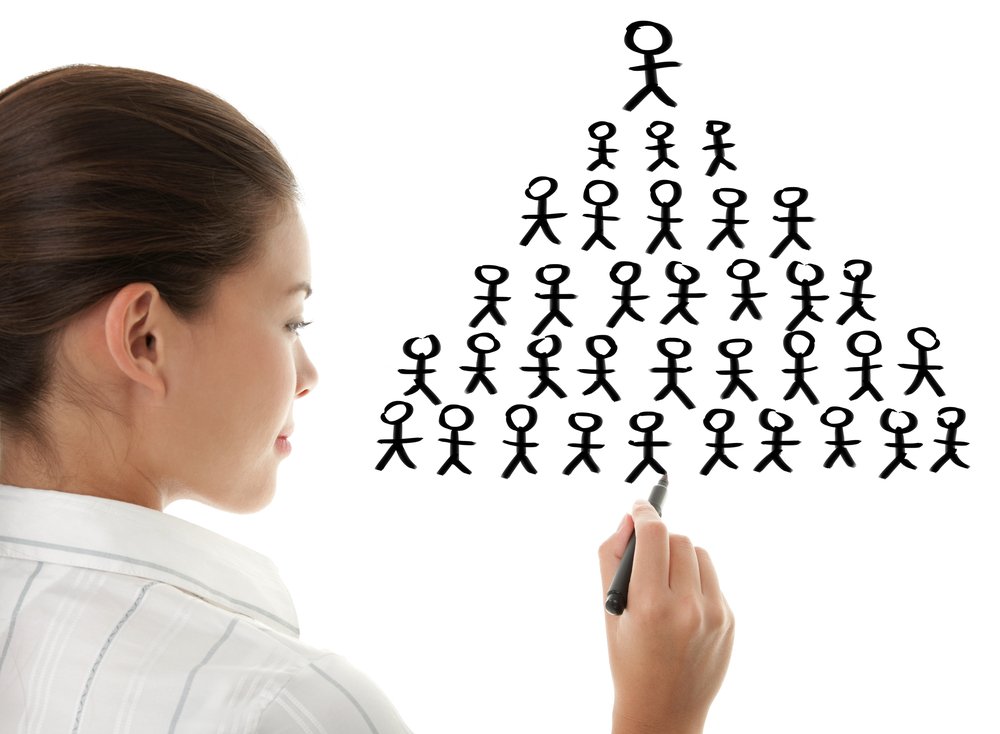 Don’t End Up in the Downline: How to Escape the Dreaded MLM

Have all of your family gatherings and social occasions turned into sales pitches for essential oils, candle holders and mineral-based makeup bricks? Have you received multiple Facebook messages from the girls who scared you during high school offering to bring you in on unbelievable goldmines of wealth and go-girl fulfillment? Were your Christmas presents this year mostly rash-inducing salves and formless garments in chaotic patterns (aka, anti-shapewear)? Then you may be surrounded by multi-level media marketing (MLM) brainwashees, and they’re coming for you.

Learn to recognize the signs and tactics of MLMs before you, too, fall prey.

MLMs are pretty much pyramid schemes with products one really needs. Pyramid schemes are illegal, but as long as suckers, er, direct sellers, end up with a garage full of unsellable crap alongside their financial ruin, it’s A-OK with the FTC. MLM victims will insist they’re not rubes, but rather they’ve been granted an “exclusive opportunity to become a small business owner by purchasing access to the bottom level of a multi-tiered sales organization…that just happens to be really pointy at the top.”

Here’s a good litmus test in case you’re ever unsure whether you’re dealing with an MLM: any business with a buy-in fee is likely just a pyramid scheme in a LuLaRoe sack dress.

The product any given MLM is selling doesn’t actually matter — they make their money off of the people, not the items.

The only way to make actual money in an MLM is to build up a harem of suckers, known as a “downline,” who agree to start selling for themselves. The products are typically low-rent (and occasionally poisonous) versions of the same stuff you can buy from legitimate businesses, usually for far cheaper, without the lifestyle sales pitch and life-ruining buy-in cost of becoming a “consultant.” The one thing many of these products do have in common is that they appeal to women.

Once again, marketing relies on body shaming women and promising them the power to meet improbable standards like thigh gaps and shattered glass ceilings.

It turns out, it works! As of 2018, 75% of U.S. direct sales industry workers were women. Modern MLMs often target stay-at-home moms, military wives, retirees and other women prone to isolation and boredom (but who don’t get paid for it like so many isolated, bored employed women). These companies promise to enfranchise women who are looking to make a little side cash to spend on frivolous things like birth control or childcare. They recognize how hard it is to deal with lady problems while trying to make money, and they totally exploit it.

MLMs, the white knights of the business world, perpetuate yet another brand of Bad Feminism. These scams generally push false bizarro-feminist narratives of Female Empowerment in which a woman transcends her meaningless existence as just a plain ol’ boring lady to realize her true potential as a Boss Babe. She finds out her path to fulfilment lies in selling greasy nightlights that mask the smell of shit in people’s bathrooms, and she is liberated from the meaningless clutches of lady ennui. For just a small investment, a woman can overcome her dreadful femininity and succeed in spite of the womanly weakness that’s been holding her back. She’s not like those other girls. She’s a #BossBabe.

The parallels between MLM and cult brainwashing techniques are many. When your employer is promising you fabulous success if you give up all of your money, time, relationships and lack of chemical burns, one can’t help but hear echoes of Scientology (“Tell us all your secrets and give us all your money! #LRonKnowsBest”). Depressed and unhealthy?

Change your life with a simple series of pills, powders and posts to Instagram. Friends and family trying to convince you to give up on your dreams? Ditch them; they’re just jealous and want to bring you down! You’re a small business owner (even though you answer to and are being financially dominated by a huge parent corporation)!

Think of yourself as Tom Cruise in lipstick and heels, jumping up and down on Oprah’s couch.

If you’re unsure whether you have a true cult member among your friends and family, here are some helpful hints that might help you spot the floundering female in your life:

These signs are surefire ways to tell that your friend, family member, or vague acquaintance has strayed into dangerous territory. But fear not! There are ways to lead her back to reality.

Much like the practice of deprogramming the victims of religious cults, the best way to rescue a scam target is to educate and spend time with them. Show her you care by taking her on a nice, long drive, perhaps to a volcano into which you can dump her garage load of products.

On your way, have an earnest talk about how if a romantic partner did half the shit her MLM did to her, you’d have called the cops. Stop for lunch on the way back and write a 1-star company review together. It’s our duty as women to warn each other about predators, and sometimes it turns out they’re disguised in a fat-burning wrap and scented like something called “winterberry.” That’s hardly a berry. It’s as much a berry as hawking PartyLite is a life-calling.