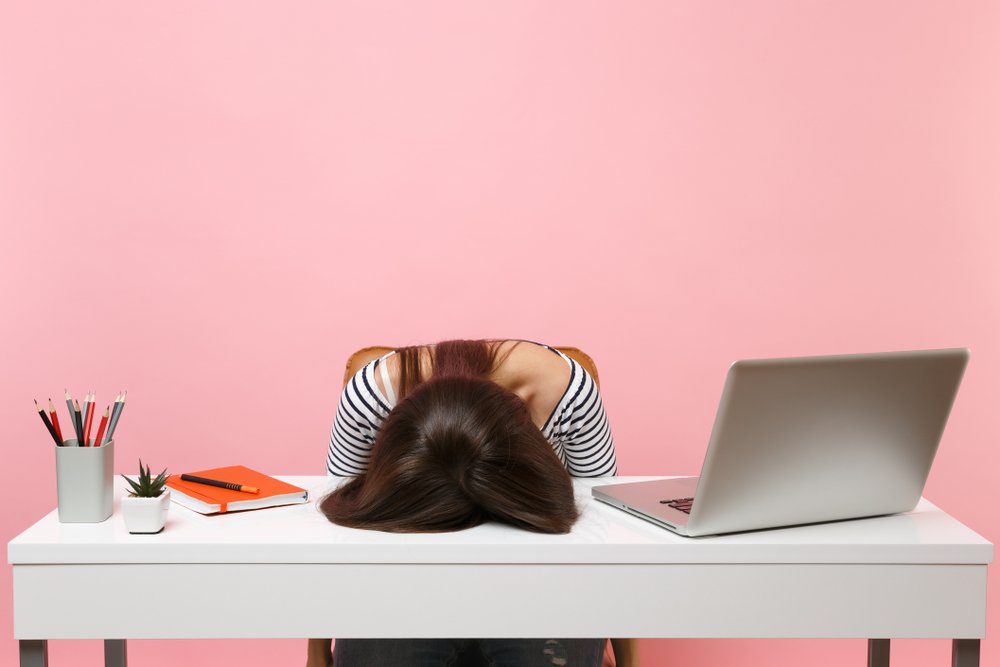 Re-Entering the Workforce with a Bang on the Head

Your first day back in the workforce after decades at home raising a family should not result in your ending up unconscious on the floor in the middle of the office. Or so people tell me.

After the kids were grown and on their own, I had fallen into a monotonous routine of housework and yard work, which still allowed time for reading, taking walks, lunching with friends, and contemplating the pros and cons of a midlife tattoo. While enjoyable for a while, it soon became lonely, boring, and lacking in challenges.

To say that I had a bad case of nerves about re-entering the job market would be an extreme understatement.

I was particularly uneasy about the computer, which was a newly acquired skill for me, and I use the word “skill” against my better judgment. I knew how to turn one on, but I thought Excel was just another way to write “extra-large.” I still am not sure why my employer chose me among the applicants. I was upfront and honest about my abilities, or lack thereof. Perhaps I smelled less like Axe Body Spray than the two previous applicants.

I had just gotten to work my first day when the trainer sat down at the computer and began a rapid-fire demonstration of my new computer duties. I stood at her shoulder and struggled mightily to concentrate as a tsunami of new terminology surged into my head.

I had always wondered if a person’s brain could reach capacity and become unable to accumulate any more information. Maybe my brain was already full. Might that be why I can still remember all the words to all of Madonna’s songs , but can never remember where I parked the car or whether I drove or who I am. One thing became clear quickly: when the brain reaches capacity: it shuts down.

I remember only three lucid thoughts before the cerebellum rebellion.

Suddenly, down I went, felled like a mighty oak by a woodsman’s axe. For the first time in my life, I had fainted.

Passing out in real life is not nearly as cute as in the cartoons.

There was no circle of chirping birdies fluttering around my head. Also, a half-naked fireman did not appear just as my eyes fluttered open. Okay, maybe that’s not a cartoon, but that’s how I’d always imagined fainting happened. I just woke up a few minutes later to find half a dozen employees clustered around me in alarm. The staff nurse was kneeling over me and there was a blood pressure cuff wrapped tightly around my arm. Other employees kept sticking the heads into the office door asking, “Is she still here? She’s blocking the microwave?”

My first thought was, “I hope somebody remembered to pull my skirt back down over my knees when I went down.” My new co-workers had no need to know what style underwear I was wearing. (Cotton granny panties with a safety pin holding the elastic together, in case you are wondering.) For a fleeting moment I toyed with the idea of trying to convince them that I was performing a spontaneous carpet-pile-resistance test, but I didn’t think they would buy it.

It is a miracle that I didn’t crack my head open on the adjacent file cabinet, which brings to mind what I consider the three sacred caveats of first-day employment:

I don’t know how long I was out, but I figure I was just minutes away from being carted out of the building by a couple of burly (but fully clothed) paramedics and bundled into an ambulance. What a way to restart a career!

I don’t know where I found the courage to defy my embarrassment and return the next day and for many days after.

I let my sense of humor carry me through it, and laughed about it with them. For a week, I greeted them all from a prone position on the floor. And whenever my boss gave me a complicated task to do, I would say with an exaggerated face-to-my-forehead gesture, “I can’t do that. I am feeling a bit woozy and lightheaded. I may swoon!” She would laugh and say, “Sorry, I am not buying that again. Get to work!”

She has since become a good friend as well as a good boss. Other people get carpal tunnel syndrome doing office work. I got rug burns on both elbows and a painful bump on the back of my head.

Remember me when you dare to return to your career. If I can come back from that embarrassing first day at work, so can you. Just be sure to wear pants and a decent pair of underwear.