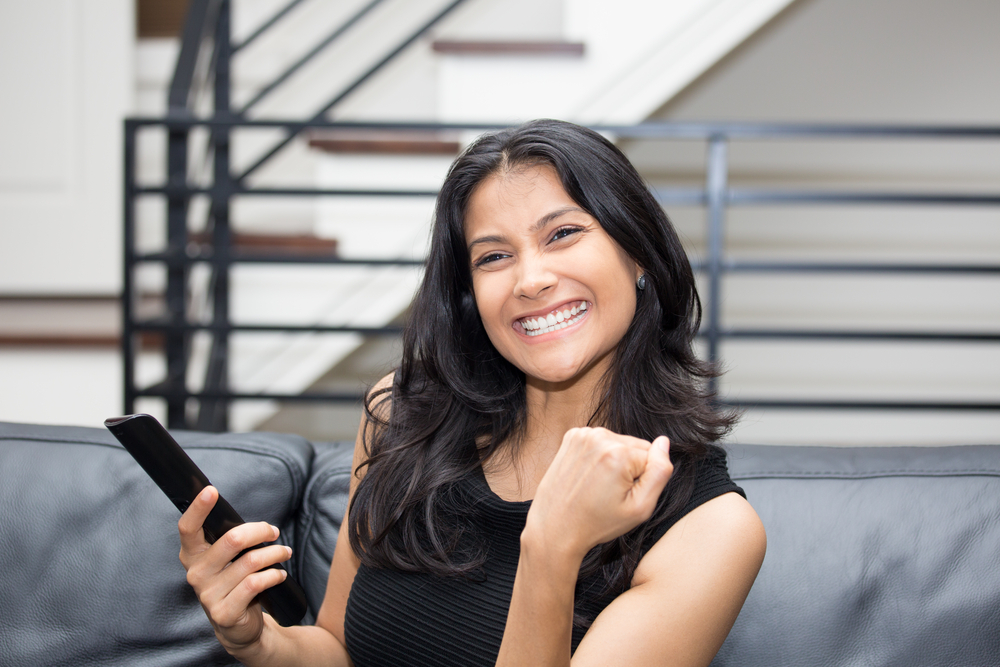 Let’s face it – today’s reality shows are heavy on the testosterone, with most semi-scripted to create conflict and drama because apparently, we don’t have enough of that in our lives already. This got me wondering what kinds of shows women would develop without any male influence. Here’s what I – still a woman despite my post-menopausal drop in estrogen – came up with.

Two teams of new moms are dropped on a desert island one month after giving birth. Following their daily yoga, meditation, massage, and therapy session, they take turns throwing parties and giving each other mani-pedis, while giggling that their spouses are home alone with the kids.

The same as Big Brother, only with everyone’s moms in the house too. Things go hilariously wrong and no one has a good time, but at least the mothers know where their children are at all times.

Twenty newly divorced people of various gender identities and sexual orientations perform nightly roasts of their exes, taking turns to one-up each other with horror stories of how awful their relationships were. Each week, they all get roses and then get mind-numbingly drunk. No one ever goes home.

Five average working moms whom no one has ever heard of, carpool to work every day. They just talk and talk. No one mansplains. Occasionally, they break out into song. Even more occasionally, they flip off rude drivers.

The Amazing Race to Sleep:

The show follows four female managers who are also mothers of twins in their quest to, just this once, fall asleep before 4 a.m. Each week they try a different solution, from white noise machines, to lavender-scented pillow cases, to tequila shooters at midnight.

Naked and Afraid in the Dressing Room:

The show follows three average-sized women as they try on clothes for a vacation destination chosen for them by the producers. The one whose self-esteem remains the most intact – as measured with a Self-Esteem quiz developed by former America’s Next Top Model contestants – gets to take the vacation and keep the clothes.

Children from three different families compete to make an edible meal from items found in their rooms. They have to eat it because their parents have gone to Olive Garden.

A live-cam follows goats in pajamas 24/7.

Each week, a panel of 50 women choose someone who is not a misogynist and who could even be…wait for it…a female to be president of the U.S. until the next episode. At the end, all the “presidents” are evaluated and the one who ranks highest gets the job for 4 years.

After answering a series of questions about herstory, the winner gets a grand prize totaling the amount of money she should have made by this time in her life if she were a man.

Keeping Up with the Carbohydrates:

Women following different diets sit around a table and argue over which one works the best while snacking.

Sixteen and Not Pregnant:

Using odd forms of transportation such as gondolas and jet packs, teams race to get teen girls out of Alabama, Georgia, Mississippi, Missouri and other states taking away women’s reproductive rights, so they can get access to birth control and/or abortions.

A busy mom gets two Australian shepherds to help her keep her 13 kids in line. Each week, one of the children is released to a farm up state.

Contestants vie to see who can fake an orgasm with a British accent best for an audience of men who all think their partners have never faked it with them.