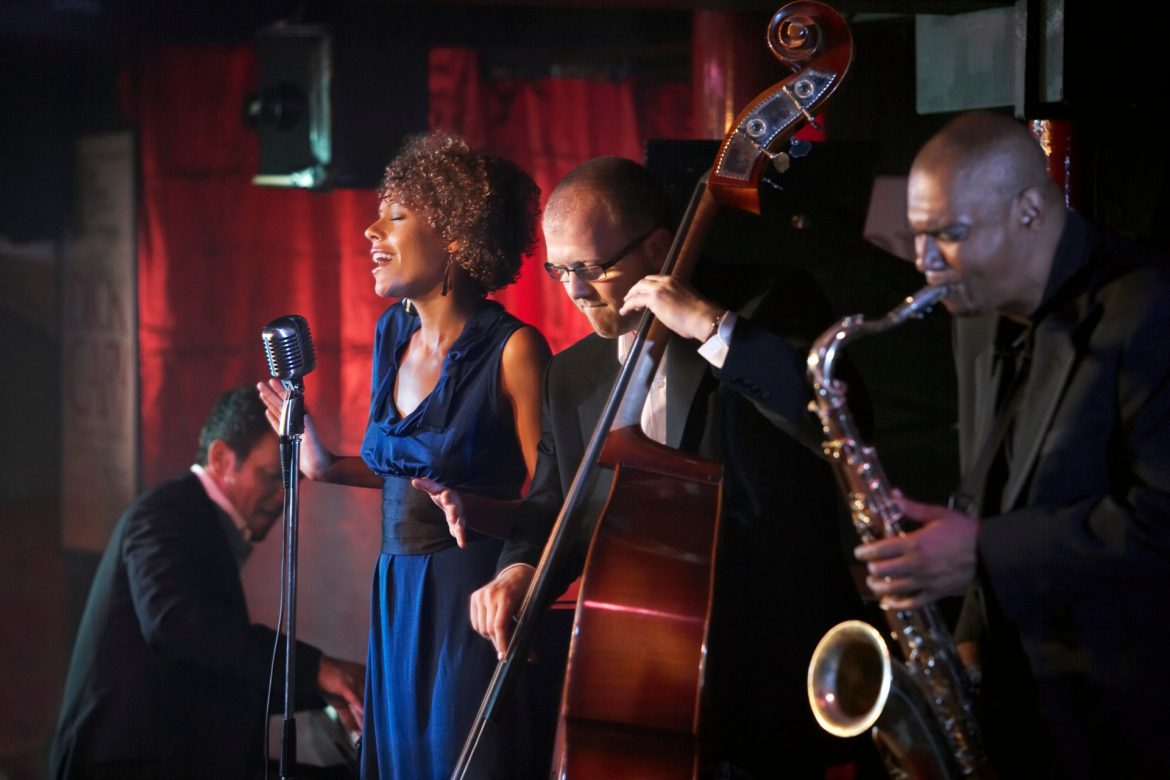 How do you know a singer is at your door?
She can’t find the key and doesn’t know where to come in.

Don’t marry a singer.
I married one and she was just “me, me, me” all the time.

You know how some singers sing so high that windows break?
When she sings, they also break because people jump out of them.

I’m not even going to sugarcoat it. Being the girl singer in the band is the worst. The stereotypes. The jokes.

Mysteriously, there are no specific masterminds behind these jests. They float freely around rehearsal rooms and bandstands, terrorizing the next girl who steps up to the mic and many times it’s me!

In honor of Jazz Appreciation Month, I thought I’d share and also pay tribute to all of the women who defied these preconceived notions back in their day.

After studying them and singing their signature songs, I find myself thinking, What would Ella do? How about Billie? And let’s not forget Ms. Sarah Vaughan. It all starts with the blues.

Big Mama Thornton told everyone where to go with no apologies. Following in the footsteps of her predecessor, Ma Rainey, Big Mama Thornton demanded respect with her commanding presence. She debuted “Hound Dog” on her own terms long before the “King of Rock and Roll” altered it, performing it for a mainstream audience who’d never heard of Big Mama Thornton or Ma Rainey for that matter. Mama was raunchier with it while Elvis softened its grit to appeal to the girls next door and the FCC gods.

She fought for equal pay and opportunity long before it was a hashtag.

She canceled the patriarchy in her viewpoints, lyrics and conduct. Born in the late 1800s, she wrote many of the songs she sang, one of the most popular being “Moonshine Blues.”

“Ladies and gentlemen, introducing…” The familiar, neurotic myriad of doubts flushes through my psyche.

Oh, no! What if I forget my key? What if I don’t count the band in fast enough? What if I sing off pitch? Is his solo almost over and when do I come back in again? Do I look fat? What if I fall off the stage? Don’t trip! How do the lyrics go after the bridge? Where is the bridge? Are we vamping out? What if they don’t like me? Is my mic on?

I then channel my inner Ella Fitzgerald, a gentle and generous spirit who used her kindness as strength to build relationships with her bandmates. They followed her lead and even practiced with her after a night’s performance to prepare for the next big gig. Excellence is what she exuded.

She didn’t take shortcuts and this is evident throughout each and every note and interpretation we’re lucky enough to be left with in her absence. She was a mother. She loved children and she stood up and spoke out when things just didn’t seem right out of respect for herself and those around her.

And Sarah Vaughan just cussed everyone out!

I think about her in my head, keeping the words to myself. I kid when I say that but she was known to possess a sailor’s style of speaking, intertwining those choice words with her signature jazz vocabulary in stark contrast of her smooth, silky tone sprinkled with classical influences. Her sense of humor was her trademark and her laugh was infectious.

Sarah could banter with the best of them and paved the way to more peace between and common ground with instrumentalists for all of us girl singers. She traveled the world sharing her gifts and energy, wrapping it up in a pretty package.

She said what she meant and she meant what she said. She did it with finesse when surrounded by the boys. A prolific songwriter and activist, Billie bravely released “Strange Fruit”, a song about lynching in the South. As a New Yorker—Harlem to be exact—she didn’t have to do this, but she did. She couldn’t help herself or how she felt when traveling through the southern states to perform to segregated audiences. She co-wrote “God Bless the Child” about life and its ups and downs. She challenged the norm and status quo. Her bravery is still evident and necessary today as America continues to heal its wounds.

I rise because of all of these women and encourage all other girl singers to do the same. We come from a legacy of sheroes who paved the way for us songbirds to soar above the adversity and frivolity of sexism and bad jokes. We don’t know where they came from and maybe we never will. Don’t ever let your story or your song die.

Sing on, my sisters!