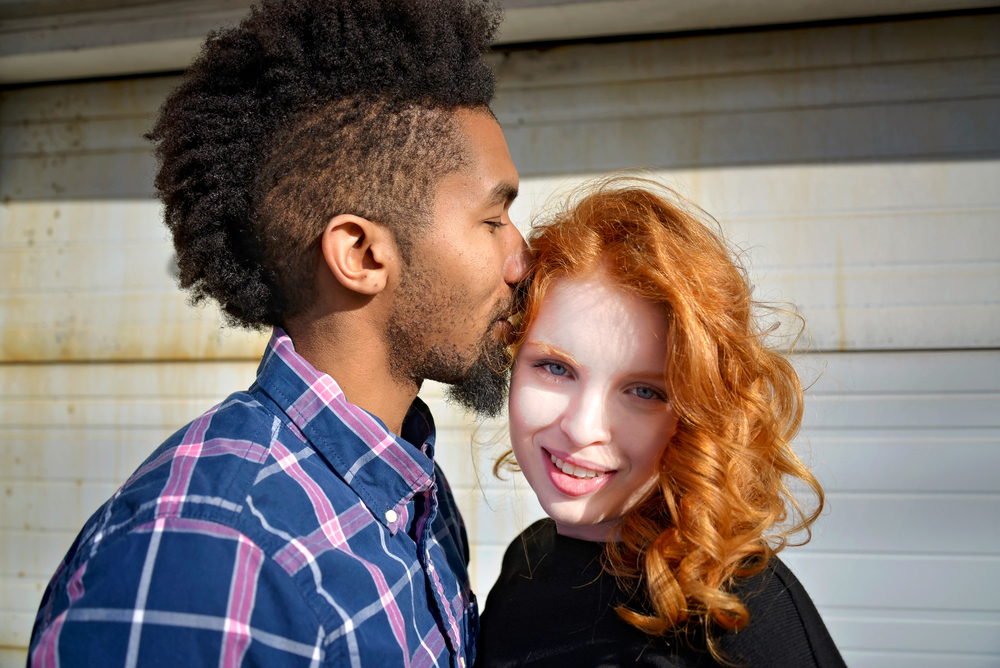 Just Because You Are Sleeping with a Black Man, Doesn’t Make You Black

I need to make this clear to all my non-black people who decide to date black men and women — particularly white women. I have come across many white women who think they understand the plight of black men and/or racism just because they have decided to have sex, marry and/or procreate with a black man. I also have come across many white women who think because they have relations with a black man, they can quickly use the “I’m not racist” card like that validates them as non-racist.

Here are some suggestions to truly be effective in assisting black men and black culture.

You will never understand; so don’t try.

Rather, sympathize and make a change using your white privilege. One thing I feel we Americans collectively say too much is “I understand.” There are two definitions of “understand”: (1) to perceive the significance, explanation or cause for something and (2) to be sympathetically or knowledgeable aware of the character or nature of.

In academics or learning, we understand on the basis of familiarity. We understand concepts by relating them to something we already know or familiar with. For example, in math, we know 2 + 2 = 4. In order to teach subtraction, most of our teachers use the information we already know, showing us that subtraction is the opposite of addition. Similarly, to understand a feeling means relating the feeling to prior memory or a something relatable to us.

For example, my mentor said to me, “I hate when people who haven’t lost their mother in death say they understand. That is something you will never understand until it happens to you.”

This also reminds me of the difference between empathy and sympathy. Empathizing is when we are able to understand other people’s feelings because we have experienced something similar, while sympathizing is when we are able to feel compassion and sadness for someone else’s feelings even though we have never experienced a similar misfortune. Hearing this perspective from my mentor, I stopped saying, “I understand” and started saying, “I don’t understand what you are going through, but I am here for you and sympathize with you.”

So, I ask white women and all non-BIPOC folks to stop saying you understand because you have nothing to relate racism to.

You never have experienced it and probably will never experience it. Instead, say, “I don’t understand, but I am here for you and sympathize with you.” And really mean it. Use your privilege to make changes and to speak up for the voiceless. In speaking up, you are not saying you understand, you are showing sympathy and support. That’s what black people need — support.

Your partner is not “woke” yet and it is not your job to “wake” him.

It is your job to educate yourself. James Baldwin said: “To be a negro in this country and to be relatively conscious is to be in rage all the time.” The part that sticks out every time to me is “to be relatively conscious.” As an English major and educator, I always reference definitions of words and terms. The word “conscious” means to be aware of and responding to one’s surroundings; awake.

Diving into James Baldwin’s quote, he realized that not every black person would be conscious of his blackness and the black plight in life. Some black people openly ignore the issues of racism because they “haven’t experienced it” or because they don’t want to believe it to be factual. Speaking to one of my mixed friends, he admitted he never want to assume he didn’t get a job based on his being black. His first instinct is never racism. I explained to him that colorism has a lot to do with the lessening of racism in his life. As a man who looks mixed, it is easier for him to fit in to white society. It is also easier for a black man who “talk and act proper” to white society to be accepted than a black man who is “woke” or raw.

Whatever the reasoning, your partner maybe reacting to black issues in a nonchalant manner because he isn’t woke. This does not mean those issues don’t  exist. It doesn’t mean you can now excuse racism. It simply means he has yet to awaken to those issues. It is not your job to wake him. It is your responsibility to learn about black history on your own. Ask yourself, “Why do they teach about Martin Luther King and not Malcolm X in public schools? Who are Marcus Garvey, W.E.B. DuBois and Angela Davis? What truly happened in the Tuskegee Syphilis case and why did the ‘war on drugs’ law differentiate crack and cocaine?” These questions will allow you to understand some of the true history of the systemic issues of racism within America.

You can still have racist behavior and sleep with a black man.

Check your behavior when it comes to your superiority complex. This behavior reminds me of the typical “I can’t be racist, I have a black friend” micro-agression. Most white people say this to prove that they are not racist. However, that does not negate racism. It reminds me of the “token black friend” joke which white people keep one black friend in order to confirm that they are not racist and like black people. Dating, having sex, marrying and procreating with a black man does not mean you cannot exude racist behavior.

I was comforting one of my friends during this hard time of George Floyd’s murder and he said, “You know what makes this sad, there’s video of him. But what about the Amy Coopers we experience every day at work. Where’s proof of them? We deal with racism every day we go to work.” I felt everything he said.

So, I ask white women, are you Amy Cooper?

Do you show your privilege in your place of employment? The privilege of white supremacy. We say that term a lot and most people cringe just as much as they cringe at the word racism. However, white supremacy is upholding the idea that white is right and has the authority to tell others what is right. Undermining (intentionally or unintentionally) your black colleagues in the workplace is an example of upholding white supremacy.

Most white women do not consider themselves racist, however they uphold white supremacy which is a part of racism. Instead of upholding white supremacy, practice listening to your black colleagues and support their leadership abilities and skills. I use the word “practice” intentionally. The world has taught white people that your opinion matters and it does, but it is not superior. It is going to take practice to understand that sometimes your opinion is not warranted. It is also going to take practice in accepting your black colleagues’ leadership and skill set.

In summary, dating and marrying black men is acceptable and agreeable, however it does not negate racist behavior. In order to remain as an ally of black men, it is important for white women and non-BIPOC women to remember to sympathize, self-educate, and dismantle white superior behavior (even in the workplace) on a constant basis. These steps will take self-evaluation and practice but is necessary for the black lives movement.