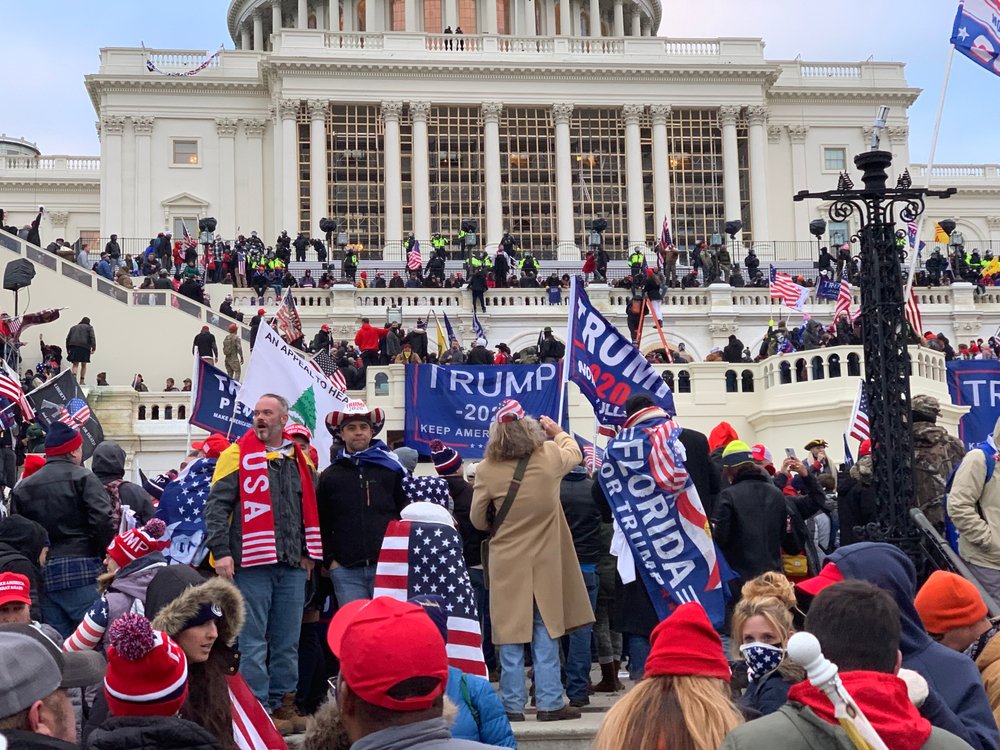 I’ve lived in Washington DC for the past five years, and the one thing that I’ve told anyone who would listen is that I thought the city could be boring. This is not what I meant when I said I wanted more excitement.

For some reason, in case you didn’t know, on January 6, Trump supporters, Nazis, fascists, and the rest of the gang descended upon the Capital (and the Capitol! Spelling matters.) to…overturn the election? Further infect the city with COVID-19? Beat their chests and physically intimidate people like the animals they are? I guess a combination of all three.

As expected, white men really showed up for their celebrity crush, Donald Trump. But among them, also expected, were a group of people, just as violent, just as devoted to Donald Trump, but often left off the hook.

The KKKarens were really rolling deep on January 6th.

Fascism, racism, even misogyny are not exclusive to white men. These Fascism Barbies showed us that, and they continue to show us that. The white women at the Capitol were displaying boss level “can I speak to your manager” energy.

Take the woman who was crying to a journalist, trying to gain sympathy after she was maced during the riots. When asked why officers maced her, she responded by saying “We’re trying to start a revolution!”. Um, okay? You can’t have things both ways. You can’t be a law-breaking freedom fighter, willing to take elected officials hostage, but also cry about being maced. You’re gonna get maced.

For example, when I see a white woman using her white women’s tears to gain sympathy because she was rightfully maced after attempting to storm federal property, I think of the countless Black and brown women who were and are maced, beaten, and arrested for trying to advocate for their basic human rights. But it’s not like these white women weren’t aware of this. One woman at the insurrection said, “This is not America…They’re shooting at us. They’re supposed to be shooting at Black Lives Matter (BLM).” We kid ourselves by thinking that these people don’t know what they’re doing.

So, what do we do about this? Some suggest that we strive for unity.

I mean obviously all of these people that were able to take time off work, purchase plane tickets to Washington DC, stay at the Hilton, and carry tens of thousands of dollars worth of guns and other militia equipment, are just economically anxious. Haven’t you heard? Economic anxiety is a direct cause for trying to take elected officials hostage.

But here’s the thing. If you’re storming the Capitol with Hitler Jr. by your side, I don’t care that you’re economically anxious. First of all, I don’t really believe that you are. Scared of immigrants, people of color, and losing the benefits of centuries of white supremacy? I buy that. But so nervous about making your next mortgage payment that you grab the nearest Confederate flag and head to the DC? Doesn’t seem like economic anxiety to me.

Call me intolerant, but when I see hundreds of rioters shove past Capitol police without so much of an “excuse me” (these are definitely people that don’t hold the door open for you at the bank), unifying with them isn’t the first thing that comes to mind.

KKKaren and Fascist Frank are on their own.