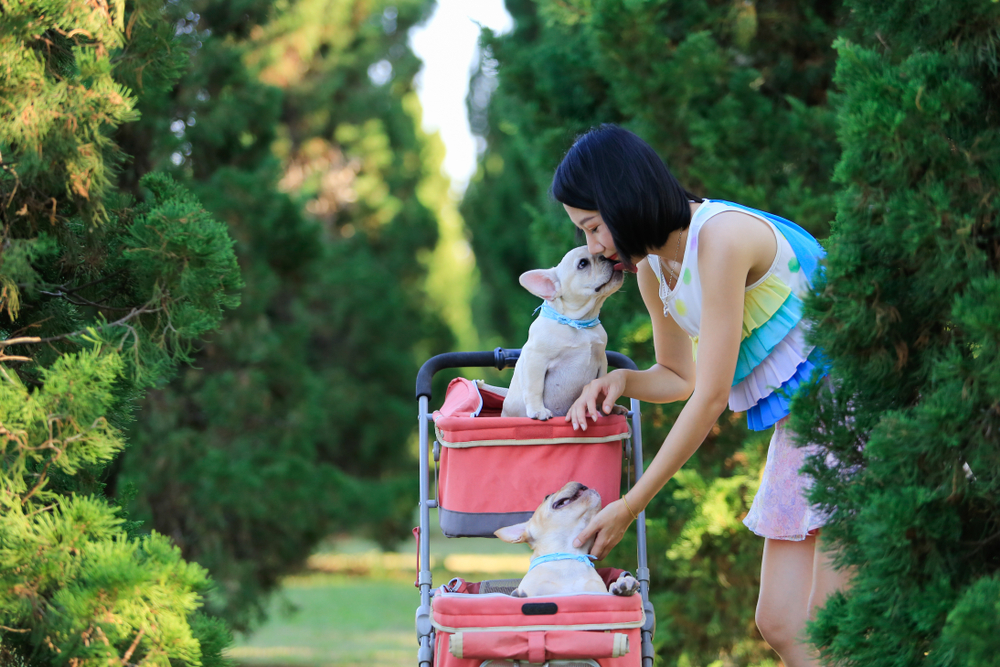 Most of my girlfriends are mothers, so I try to find just the right cards for each of them and let them know how much I admire the hard work they do to raise the next generation. And if their offspring happen to be 40 and living in the basement, I buy mom a box of wine. ‘Cuz that’s what friends do.

As for myself, I made the decision long ago not to have human children. Note the word “human.” After 36 years of raising dogs and having both a stroller and a playpen in my garage, as well as a trunk full of doggy princess costumes, I definitely consider myself a canine mom. Every Mother’s Day, I use the dogs’ allowance to buy myself something I want, just like mothers of humans often do.

Surviving unending pressure to procreate, not giving in to guilt trips from our families, and explaining our circumstances to strangers who think they have some say about what goes on in our ovaries (which seems to include every male politician) isn’t easy. We could call our day “Hey! I Forgot to Have Kids Day!” and celebrate by going braless (cause no one’s ever used our breasts as a Slurpie dispenser, so they tend to be a littler perkier) and staying out with our friends past midnight doing whatever we want, ‘cuz we forgot to have kids!

I’ve had three potential grandmas needle me for decades about providing them a grandbaby (one stepmother and two mothers-in-law). Fortunately, by the time I married husband #3 (yes, I’ve been married three times), my eggs had reached their expiration date and his mom had dementia, so she never bothered me about my lack of procreating on her behalf. I was lucky if she remembered who I was. Once she chased me out of her room with a mop.

Every non-mother I know has spent a lot of time explaining herself over the course of her reproductive life – and sometimes beyond. I am 62 and I still have total strangers ask me who will take care of me when I’m old since I don’t have children. I usually respond, “My friends, my dogs, and my six sugar daddies,” and that sends them running in the opposite direction.

I had my reasons for not procreating.

Due to family circumstances, I basically raised my sister, brother, and half-brother in between my dad’s four wives. As a result, I knew early on that I wasn’t cut out for doing laundry, cooking meals, and pretending that a role as “Molar #3” in the school play was all important news. I preferred reading Edgar Alan Poe or doing math story problems to helping break up fights over beheaded Barbies or who had set the fire on the sofa this time. I know I’m weird, but at least I didn’t pass along my “Quoth the Raven/two trains heading in opposite directions” genes.

I was so resolved not to have kids that when I went to college, my first visit was not to my dorm room but to the student health center to get a prescription for birth control pills so that my reproductive choices would be MY reproductive choices. Back then, those pills had so many hormones in them (it was the 70s) that I had morning sickness every day for years. Let me just say that the decades of “sex, drugs, and rock ‘n roll” were also the decades of paying the price with a lot of upchucking.

Despite having agreed to my no-kids policy, my second husband changed his mind and decided he wanted at least one child. He came from a Catholic family and overpopulating the planet is apparently part of their DNA.

Because I loved him, I tried to get pregnant. When it didn’t happen after two years, we got tested and it turned out my uterus is so tilted, his poor sperm never stood a chance of making it to my eggs before sliding back out! I nicknamed my uterus, “Slip ‘n Slide,” framed the picture the doctor had taken of it, and recommitted to my childless-by-choice status. Hubby #2 now has two kids with wife #2 and I couldn’t be happier for them both. Let them yell over decapitated Barbies; I have dog children to walk.

Mother’s Day is right around the corner, so I will go find cards for my amazing mom friends. But then I’m taking off my bra and having my own holiday!