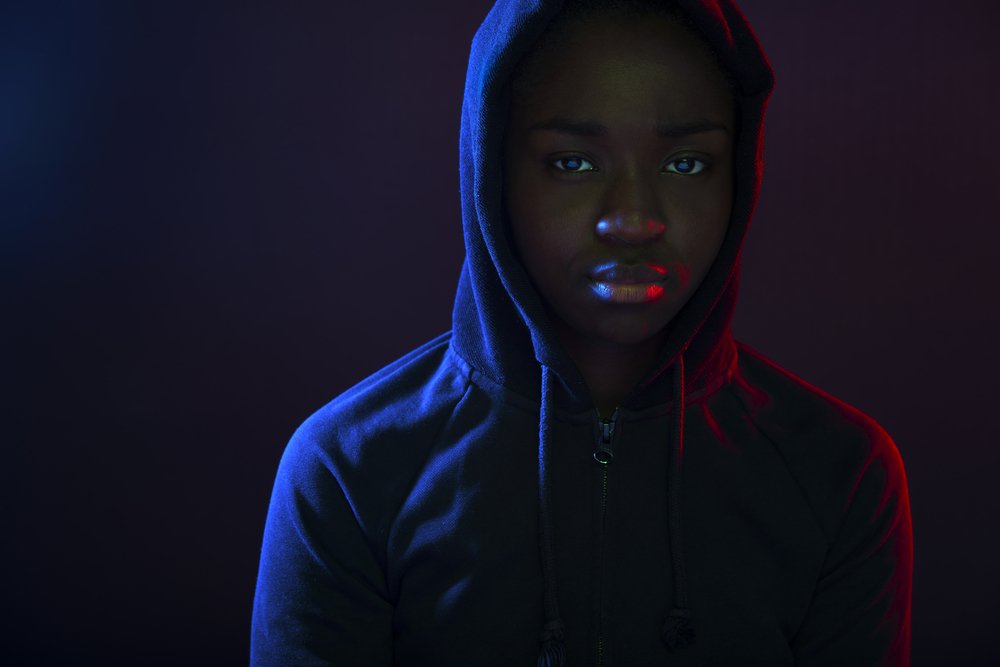 Never Leave Home Without Your Purse

I prepared to face the elements that afternoon, bundled in my black jacket. It was my armor. In these frigid temperatures, I never left home without this protective layer. It would serve as a barrier against the face-numbing cold, among other things, like a drive-by in the stretch of blocks I had to walk to get to the 7-Eleven near my apartment. Or, if someone decided to corner me in an alley and grab the two dollars (in quarters) stashed in my back pocket. Or, if I was held at tail-point (because with the city’s sanitation efforts, street rodents are struggling to survive out here). Whatever happened, I knew just enough judo to defend myself.

I left the house without a purse, which in hindsight, was a bad idea because it is this very item that could have been my saving grace. When a woman walks into a store with a purse slung over her shoulder, it usually means that she intends to buy something, if not tastefully window shop. I walked into the store with my hands jammed into my pockets, still wearing my hood because my ears were cold. Perhaps it was this outfit that made the cashier at the counter suspicious. Black hoodies are quite threatening, especially when viewed in the correct lighting.

I was strolling the aisles trying to determine what I could get within my meager budget, critically examining the merchandise for expiration dates. If that cookie was going to expire in a few hours, then buying it would be a waste of my quarters. That’s what I was thinking about as I grabbed the miniature cheesecake in the freezer aisle.

As people walked in and out of the store, the line of customers eventually cleared. The clerk at the counter, who had been engrossed in a crossword puzzle a few seconds prior, suddenly appeared beside me, as if she had teleported to the second aisle.

“Excuse me, do you need help? You’ve been looking for something for a long time. That’s…That’s why I’m asking.”

“Oh. No. I’m… okay…Thank you.” That’s when I realized that she had been eyeing me from behind her newspaper all this time.

I did not need assistance. It’s highly unlikely that I’d get lost in a 36×56 square-foot, cube-shaped building. It was simply a case of decision fatigue. So many options, so little time. I quickly settled on a brownie and paid at the counter. Later, I discovered that it was slightly stale and not worth the coins. The awkward exchange made it taste worse.

I returned to the same store a few months later only to be questioned again:

“Did you take any ice cream from back there?” to which I would reply: “No.” He’d then follow up with: “So you mean if I check your bag I won’t find anything?” I offered my Jansport backpack for inspection. My casebook was nestled inside as a silent witness. After not finding anything of interest in my bag, the clerk walked back to the storage room silently as I fumbled for my debit card at the register.

But let’s rewind to the previous incident. I’d been wearing a black jacket with a hood and carried no visible form of payment. I’d been walking all around the store and hadn’t bought anything. Maybe the clerk was genuinely concerned about a customer’s well-being.

I wondered if the jacket was a red flag. What if I was wearing a conservative power suit and heels that clinked on the floor when I walked? Would the clerk think I was a young professional simply examining the merchandise more closely?

I’m reminded of a woman in Florida who was randomly stopped by the police. She was the State’s Attorney, and was probably quite knowledgeable about whatever law they thought she was breaking. I’m also reminded of the professor that was flagged for attempting to break into his own house. Maybe if he’d been wearing a shirt and tie, or a sign around his neck that said “Hey, I’m a professor at Harvard”, then the suspicious neighbor would’ve gotten the idea that the door was jammed, and the professor was not trying to trespass in the middle of the afternoon. Maybe armed burglars should dress up like stodgy college professors more often (just a tip).

I wonder what Bertram Jean was wearing when he was killed for lounging around in his own home. It was probably a combination of panda bear pajamas and a deer-in-headlights look, just minutes before he died.

In an essay titled, Black Men and Public Space, Brent Staples talks about the politics of respectability. He makes a conscious effort to appear non-threatening at all times. Whether that means wearing chinos and loafers or whistling classical music while casually pulling out his wallet (making sure to emphasize that it is a wallet and nothing else) as he strolls down the sidewalk at dark hours of the night. Surely, a six-foot-five menace wouldn’t know Beethoven’s Fur Elise. Yet, the pedestrians around him would inevitably grip their purses a little tighter when he’s nearby.

The Verdict: Never leave home without your purse. And don’t wear dark colors.

There is a caveat to this advice. If your purse is too large, because you need enough space to fit your laptop, case files, and ballet flats for when your feet blister from standing in heels all day, then this might backfire. The large bag could be misconstrued as a means of stashing all the three-minute ramen packets and pints of Ben and Jerry’s that you can carry, before driving away in your Toyota and getting caught in traffic on the way home causing road rage because you’re pretty sure that you left the iron plugged in and will come home to a burning house if you don’t get back in time.

Onlookers don’t know about the iron or the shady store clerk, and everything else that has coagulated to form this new migraine. All they see is a woman honking her horn a little too aggressively, which is futile because it will take divine intervention for the sea of traffic to part. Even the trusty purse sitting in the passenger’s seat can’t ease the traffic.