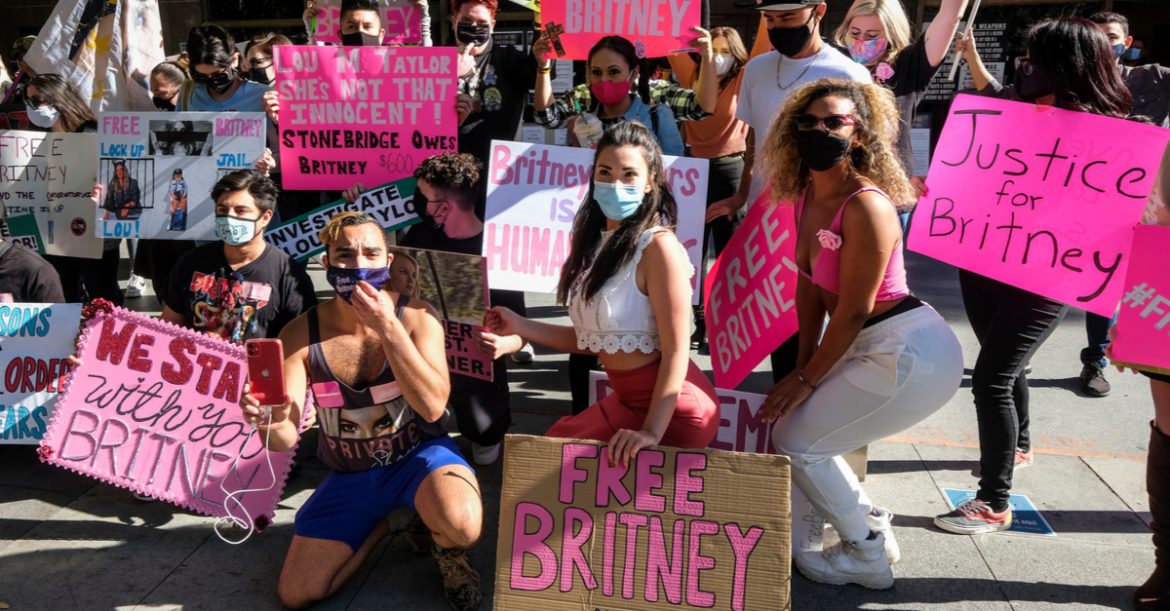 Oops, the Patriarchy Did it Again

A court recently rejected an attempt by 38-year-old pop singer Britney Spears to have her father removed as conservator of her estate. My first thought after reading the article online was, “Great, now I have pee again,” followed about three minutes later with, “Would a judge ever do that to a 38-year-old man? Damned patriarchy!”

I’ll admit I haven’t followed Britney’s travails, primarily because I’m busy shopping for COVID masks online and trying to save democracy, but when I saw the headline about this case, I got madder than a menopausal woman with no pockets in her yoga pants to store her hand sanitizer in. Britney is almost 40 years-old! And some judge thinks that because she made some questionable choices in mid-twenties, she’s incapable of running her own life and business? Who among us hasn’t done stupid things when they were younger? I have three ex-husbands and a tramp stamp as proof of just a few of my lapses in judgment.

Here’s a test to see if this decision is at least partially due to Britney’s gender: Try to think of one case where a male celebrity has been required by a court to have all his business dealings supervised by a PARENT because HE pulled some crazy shit while he was an adult.

You can’t, can you? I Googled “adult male stars whose businesses are run by their parents because of a court order” and turned up nothing interesting except a few pictures of Ryan Gosling that I’m saving for later.

After Justin Bieber assaulted a limo driver, drove drunk, vandalized property, and went around being a bad boy with a weird haircut, where was the judge making him turn over control of his assets to his mommy? Or how about when Charlie Sheen lost it (and he was in his 40s and should have “known better”), raving about “tiger blood” and yelling at the creator of his show “Two and a Half Men”?

“I am on a drug. It’s called Charlie Sheen. It’s not available, because if you try it once, you will die…”

Did a judge put daddy Martin in charge? No, even though he was in charge of the White House in The West Wing for seven years.

Basically, I assume that all famous people have to be a little more nuts than the rest of us. How would you like it if every time you shaved off your hair or pummeled a car with an umbrella – two of Britney’s “breakdown” symptoms – the paparazzi was there getting pictures for TMZ or their own personal use? I get anxious just trying to spell paparazzi. I don’t know what I’d do if they were at my windows snapping pics of me cutting my own hair during the pandemic.

Not to mention that Britney’s mental health issues happened during a nasty divorce and losing custody of her kids. I can’t think of any better reason to lose it.

That she didn’t fill her ex’s car with liquid glitter glue and then key “Oops, I did it again” into the driver’s door speaks highly of her restraint.

And as a result of her ‘breakdown,” for the past dozen years, Britney’s dad and an attorney have managed her assets and personal life – including being able to restrict her visitors and communicate with doctors about her treatment. Despite all of that, Britney has released four albums, completed a four-year gig in Vegas, and served as a judge on the “X Factor.” Mad props to her (and no, I don’t mean “mad” in the “mad King George” way, although there’s another example of a man who didn’t have to let his parents control his business despite his ongoing breakdown).

Interestingly, there is a #FreeBritney movement of (mostly) young women who are Britney fans and believe that she is being kept prisoner against her will. I don’t know if there’s any validity to that claim, but it makes as much sense as “millions of dead people voted in this year’s presidential election” and “drinking bleach is a good idea.”

We live in a country where large groups of men feel the need to take automatic weapons to Dairy Queen so they’ll feel safe. If that isn’t a mental lapse, I don’t know what is. And yet no judge (yet) has held that over them for twelve years.

I’ll join the #FreeBritney movement, for now, but what I’d really like to see is a #HeyJudgesStopTreatingWomenLikeChildren movement. Can we start that?