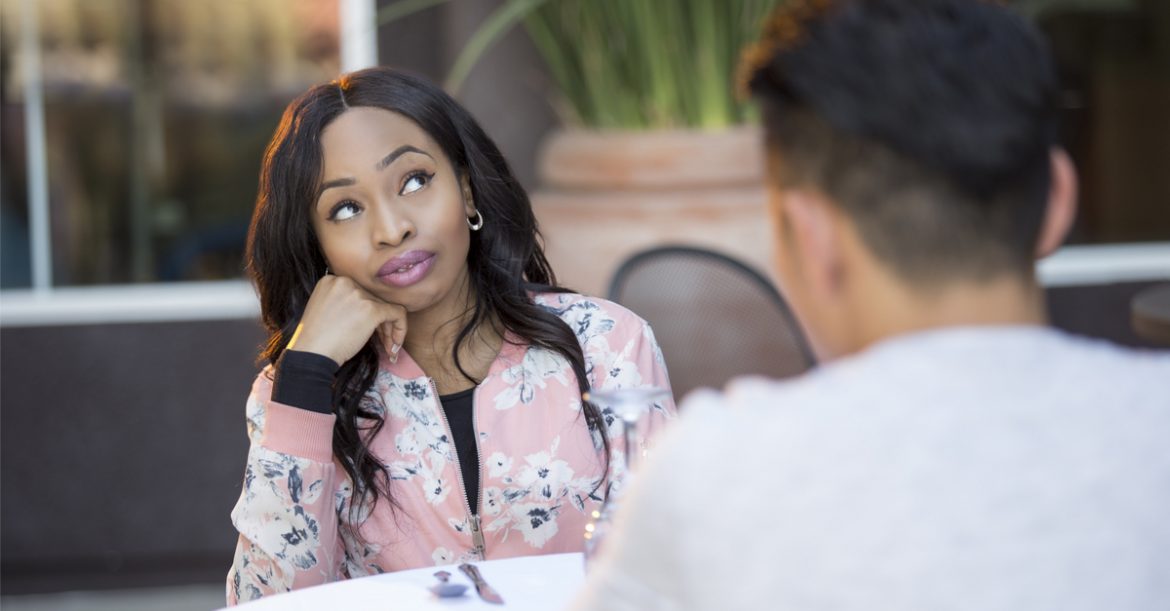 I have been divorced for ten blissful years.

Married at the age of twenty, divorced at thirty, still single at forty. I’ve had a couple of long term relationships in the past decade (some felt longer than others) but I still haven’t found anyone that makes me want to give the “death do us part” thing another try.  Having experienced ninety-two first dates since 2008, I’m doubtful that I’ll ever take another stroll down the aisle, but I’ll keep trying until either I find the love of my life or until my vagina seals itself shut like Aladdin’s Cave of Wonders.

The problem seems to be that I’m too good at spotting red flags.

One of my boyfriends tried to convince me that most women ignore those pesky little warning signs and give several years to Mr. Alright, as if that was the normal and healthy way to head into your twilight years. My therapist assured me, however, that red flags are red flags, no matter how I try to explain them away.

This guy smokes, that guy’s too controlling, the other one has no ambition at all — as women, we’re trained to try to make others happy, but if we stop to take a minute to figure out what brings us joy, we’re threatened with the idea that we’re on our way to becoming a spinster.

My last relationship played out over nearly four years and during that period, every time we took a break, an amazing thing would happen.  Some guy from my past would look me up and tell me how long he had been thinking about me and ask me to join him on another date. For a while, I thought there was something magical about me.  How special was I that so many guys would lock themselves up and wait YEARS until I was single again before popping back out to beg for my attention? I felt like a Kardashian.

The pattern seemed to follow a two-year cycle. I’d date a guy, then we’d completely ghost one another. Not knowing what was happening on his end, I’d start thinking too much and choose to spend the rest of the week eating chocolate, wearing sweatpants, and watching The Decoy Bride on repeat. Inevitably, I’d get involved with someone else and forget all about the one that ran away.

Then, years later when there was a pause, break, hop, skip, or jump in my status, the nostalgic bachelor would insert himself back into my life, asking for another chance. One time would have been flattering. Twice, a coincidence. But this had literally happened to me with four different men, and I was beginning to think that my feminine wiles had a two-year incubation period.

Each time I revisited a previous first-date, both of us older and wiser, I’d feel more confident about the pairing.

Inevitably though, each relationship would fade away in a similar manner to our original encounters. Eventually, I realized what was going on. These dating reruns (who I affectionately refer to as “hollaback boys”) are not flattering me by reappearing, they’re being disrespectful by failing to appreciate a good thing when they first see it.  They’re noticing imperfections and running away to keep playing the field before finally recognizing that they had a pretty amazing person sitting in front of them who they traded in for a size-two with daddy issues.

Now the hollaback boys raise red flags for me, too.

Look, I recognize that I’m not perfect. I’ve got more baggage than the TSA on a holiday weekend, but I believe that there’s someone for everybody and I refuse to miss my someone because I was suffering through too many months with somebody else’s someone against my better judgment. One day, I’ll look forward to a second date, and maybe a third, but until then, I plan to respect myself enough to honor the red flags and wear my particular nature with pride.

That said, do you have any single friends?

Do Your Attacks on Bias Make You Look...

Dismantling the Patriarchy from the Inside: A Single-Mom’s...