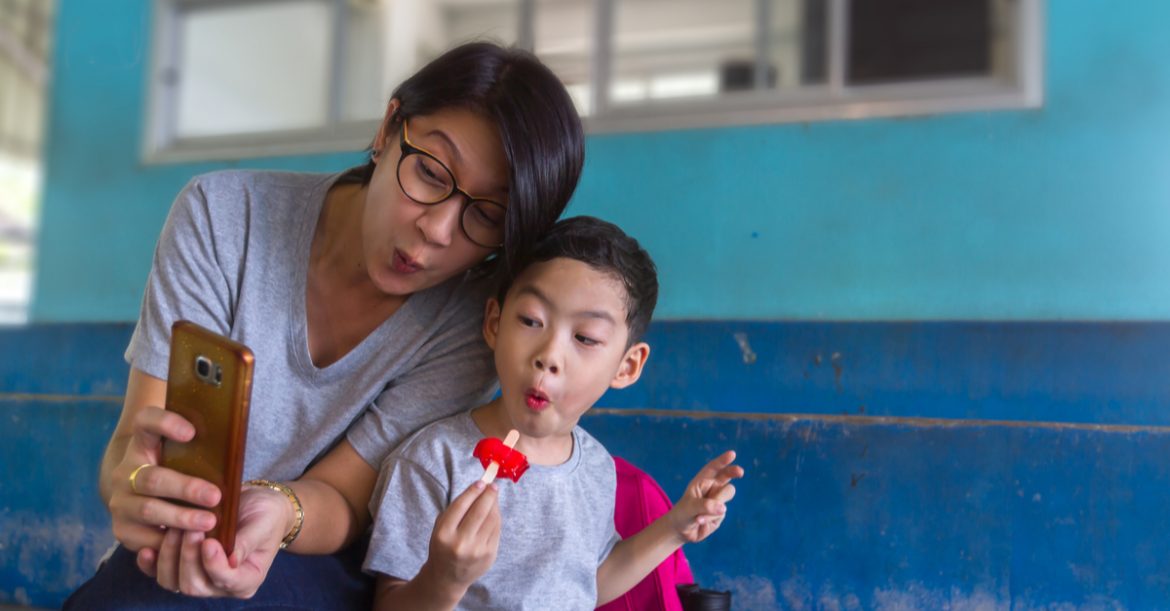 Dismantling the Patriarchy from the Inside: A Single-Mom’s Experience

My boys were three and four when I became a single-mother, and like many divorced women, I felt a new sense of empowerment and the urge to don a self-knitted pussy hat (even though those weren’t a thing yet.)

At the top of my list of ways to help the world, was ensuring that my children did not grow up to be like their father.

I immediately started working to support our little family. I also went back to school.  Not only did I want to prove to my boys that I was capable of anything, I wanted to show them that I was capable of EVERYTHING, and I took every opportunity to engrain it into their tiny minds. While most parents spend travel time chatting with their little ones about animals or letters of the alphabet, I would spend our trips on more pointed topics.

“Do you think there’s anything that a man can do that a woman can’t?…That’s right, women can do anything that men can do.  Does mommy have less of a right to exist or be happy because she’s a woman?  Of course not, being a woman is not a crime. Is it worth an extra 22 cents to the dollar to be able to pee standing up? Let’s agree to disagree.”

I should probably try this with the guys I date, too — but it’s much easier to feel empowered when someone is restrained in a 5-point harness in the backseat.

One thing I desperately wanted was to prevent them from having an unearned sense of entitlement.  I made sure that they were capable of earning and spending their own money since they were old enough to lift a broom.  Because I was often working 2-3 jobs and going to school, I had very little time for household chores, not that I would have wanted to do them in the first place….I’m pretty sure that’s one of the reasons I had kids to begin with.

The boys became nearly the only resource for unloading the dishwasher, doing laundry, and vacuuming.  As a result, there is literally no inkling in their brains that housework is a woman’s job.  Instead, it’s seen as a valid method for contributing to the family and lightening the shared load.

It was also a great way to prevent Momzilla from appearing during their Saturday morning cartoons.

Along with chores came allowance, and the expectation that the boys would spend only their own money on toys and other splurges.  This lesson has been, well, less successful.

I remember a time when my youngest (let’s call him Zack) had spent the majority of his money at the toy store before we went to the mall.  In the food court, he decided that he wanted some chicken at the now defunct Cajun Grill.  I explained to him matter-of-factly that a serving of chicken cost $4, and he only had $2 left.  That was about half of what he needed.

Instead of accepting my lecture and turning around, he marched up to the counter and asked the lady if he could get half an order of chicken for $2.  She looked down into his huge blue eyes and agreed, giving him what amounted to a full order in the end.  So, that completely backfired, and he ended up teaching me a lesson that day; there’s often more than one way to get what you want, so if you quit after one attempt, you’ve probably quit too soon.  I also made a mental note to tow him along with me if I ever get up the courage to ask for a raise.

I often find that my boys are successful getting what they want from perfect strangers, and this causes a huge dichotomy in my soul.

For years, I felt like I had a pretty good handle on the whole thing, then came the #meToo movement.  I remember watching the 2018 Oscars with Zack and having his jovial mood slowly turn to concern.  We took a moment to talk about the evening’s events.  After he reassured me that he knew that it was not okay to take advantage of a woman, he shared that he was worried that if some other group was to rise to power (read: not able-bodied white men) that he would become subservient to someone else.  As offended as I was by his thought process, I was fairly proud that he was able to put those fears into words.  The first step is admitting it, right?  I shared with him a well-ignored fact; multiple groups can be empowered at once. When multiple groups act as allies to one another, everyone wins.

While I’m far from done educating my sons on their responsibility to be beneficial additions to humankind, I have picked up a few skills that I’d like to pass to other parents of boys:

Parenting boys is difficult in so many ways. They will test you with their stubbornness, question every lesson you put in front of them, and leave a film of filth and stench on every rose-colored lesson that you try to impart, but I believe that (with persistence) it can be done well. I also believe that intentional parenting is the most straightforward way to create a level playing field. If you do decide to go this route it’s not easy, so stock up on wine!

Do Your Attacks on Bias Make You Look...