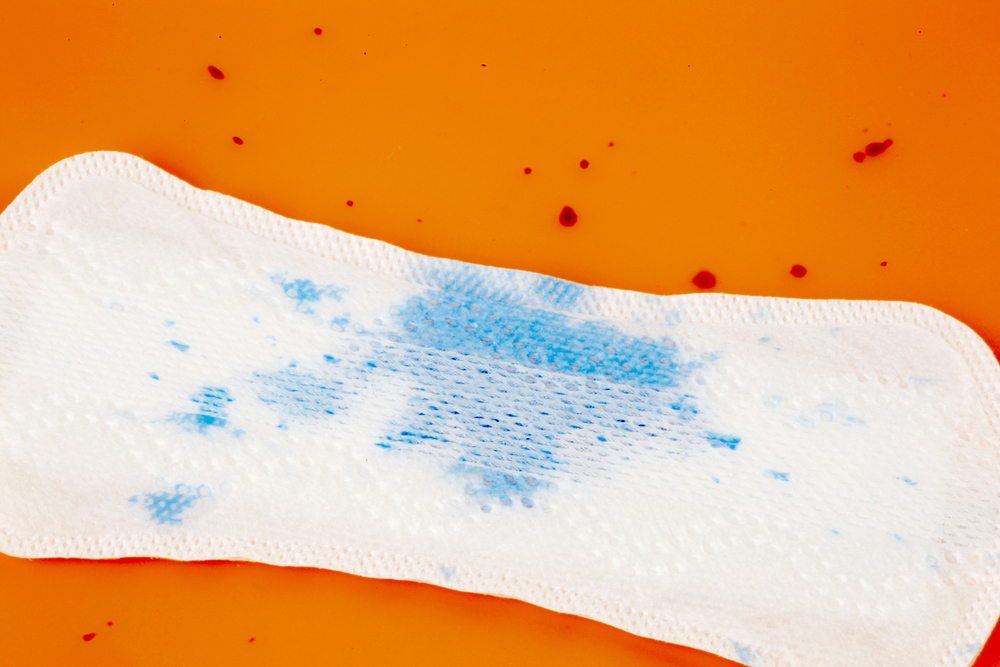 A recent ad dared to show – are you sitting down? – red fluid (not blue!) on one of their maxi-pads! Who bleeds blue, anyway? Women in area 51? The slogan for the ad was, “No blood should hold us back.”

The commercial begins with a vial of “blood” spilled on a maxi-pad, moves on to a guy who buys pads for his girlfriend, and ends with blood dripping onto a woman’s thigh in the shower. I’m certain at least half of the male viewers fainted dead away and swore off sexy shower time.

Having already debated the matter during a nice and relaxing dinner at our house that definitely didn’t turn into an all-out brawl in which the police were called to disperse our group of friends with fire hoses, I am happy to summarize the pros and cons of commercials that show what periods and menstrual bleeding are really like.

After having debated this issue long and often enough to say that I am now diplomatically able to handle even a crisis on the Gaza Strip, I have the solution that could please everyone and I offer it in the name of gender equality. If advertisers want to ride this new wave of truth in the name of liberation from taboos… if they want to show dripping bodily fluids and intimate itching… if they want to talk about the need for female lubrication, fine. Just be equal about it and also show a toilet seat stained covered with men’s pee in commercials for toilet cleaner.

Then and only then will I be on board for realistic ads about menstrual blood. I.e, never.