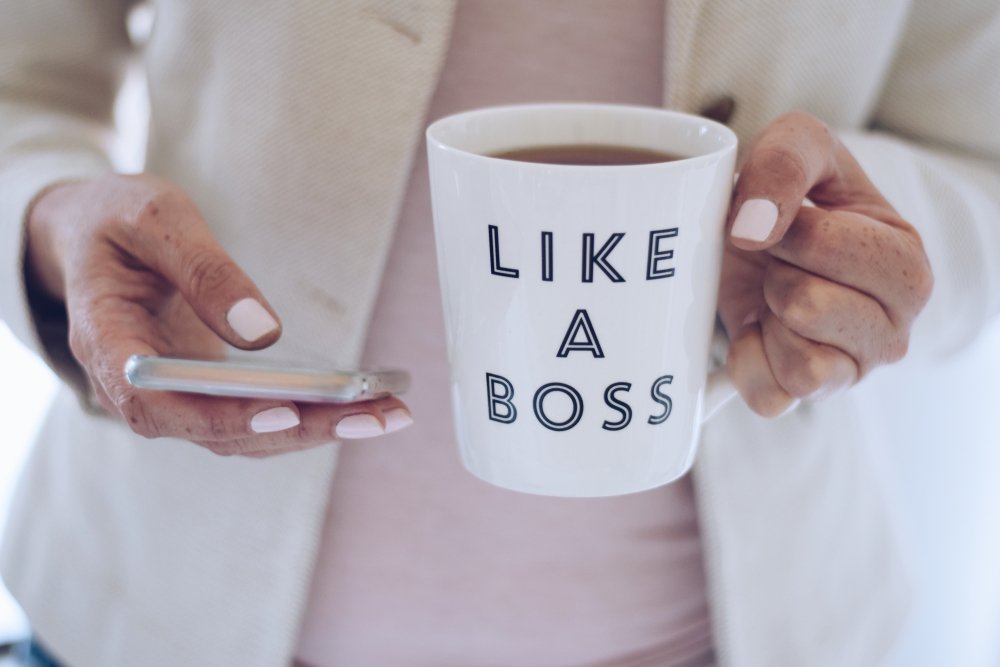 Women Who Cracked the Glass Ceiling with Laughter

One day in 11th grade world history class, I had had enough so I announced to the teacher that until we started learning about some women, I would not be back. Then I left in a huff. (Yes, I WAS a handful, why do you ask?) Of course, I had to go back to class the next day and continue memorizing the dates of wars started by men so they could feel better about their tiny… egos. But I had made my point – which was, judging from word in the girls’ bathroom, that my period was about to start.

Now, more than 40 years later (I will not specify how many more than 40), guess what? The patriarchy has moved forward half an inch by granting women the “privilege” of holding roles that according to the history books were meant for those sporting a joystick — for example, Vice President of the United States! (You go, VP-elect Kamala Harris!)

This is seriously good news, as are all the women moving into leadership roles in politics, business, and community organizing. But not all women who were able to crack the glass ceiling did so seriously. Some left everyone laughing as the glass showered from above. And since women who can make us laugh while leading the way is what we’re all about here at The Syndrome Mag, here are three we thought you might like to know more about.

If I were to sing the praises of funny women who write, produce, and act, who springs to mind? Tina Fey? Amy Poehler? Ashley Nicole Black? America Ferrera? It’s true that all of these women are fantastic and have broken ground in so many ways, but today let’s focus on a woman who did all of those things way back in the 1930s and ‘40s when just showing up in pants caused a stir.

Smack dab in the middle of the Great Depression (and right after the factory where her husband worked burned down), Gertrude Berg scribbled down a 15-minute comedy sketch based on her family life and decided to pitch it to radio stations. (Radio comedies were a thing in the early ‘30s, kind of like scripted podcasts today.) Despite the fact that the guy in charge couldn’t read her handwriting and Gertrude had to read her sketch out loud to him, he loved it.

For the next 17 years, Gertrude wrote (by hand), produced, and starred in her own radio comedy called “The Rise of the Goldbergs” It was later adapted for television with the title “The Goldbergs” (no, not the one that started airing in 2013).

Both shows centered around life of a struggling Jewish family in the Bronx and frequently included specific hardships they faced as Jews. In one episode, someone threw a rock through the family’s window as they prepared for Passover. In others, they mentioned family members who had perished in the Holocaust. Norman Lear gets (and deserves) a lot of praise for his raising socially-relevant issues in his sitcoms such as “All in the Family” and “Maude”; (his two-part abortion episode still takes my breath away), but let’s not forget that Gertrude was mixing comedy and tragedy decades earlier.

If you’re familiar with Erma Bombeck, chances are you think of her as the housewife who wrote columns and books about being a wife and mother… so, basically, she was the first Mommy blogger, but years before blogging was a thing.
Like many women then and now, she was told that the thing she had passion for (writing) was not something she had a talent for. Refusing to accept someone else’s opinion, she began writing a humor column for the Dayton Herald and soon her columns were syndicated in newspapers across the U.S.

For decades, women across the country clipped her columns and displayed them on their refrigerators as reminders to find the funny in their lives. (This is a lot like collecting things on Pinterest; only you had to dust the stuff on the fridge occasionally). Erma has been referred to as one of the greatest American humorists of all time.

Her popularity made her rich; so long before women started wondering whether they could find or keep a man if they made more money than he did, she became her family’s primary breadwinner. Her choice of profession was also groundbreaking; women humor writers were (and are still) relatively uncommon. You know how many men on Twitter and Facebook claim “women aren’t funny” today? Imagine what that was like in the sixties and seventies when there were very few women fighting back.

When not writing columns and books, she worked to try to help pass the Equal Rights Amendment (ERA). Despite the fact that her support of the ERA caused her to lose some readers (they claimed she was getting “too political” – where have we heard that before?), she was devoted to the cause. She once said, “I wish that they could put this on my tombstone: She got Missouri for the ERA.”

Erma is the only woman humorist to have a writing conference and a national writing award named for her. I am proud to say that I won that award several years ago and one of the highlights of my writing life was when Erma’s adopted daughter Betsy told me she thought I was hysterical. Above all else, from Erma I learned, “If you can’t make it better, you can laugh at it.” Words we can all take to heart these days.

I rarely ever wear gowns and the last time I tried to apply fake eyelashes, one dropped from my hand and adhered to my nipple. But when it comes to outrageously funny women who took no prisoners and never saw an obstacle they couldn’t climb over in heels and tight dress, Mae West is my role model.

These days, most people who know Mae West at all may vaguely remember her as a bawdy actress who got her start in vaudeville and wrote one-liners such as “I’d rather be looked over than overlooked” or (my favorite) “I used to be Snow White, but I drifted.” Mae was a playwright, actress, and producer who landed in jail in 1927 for her play “Sex,” which was determined by a grand jury to be so “obscene, indecent, immoral, and impure” that it might corrupt “the morals of youth.”

She continued writing plays and starring in major movies for Hollywood throughout the ‘20s, ‘30s, and ‘40s. By 1935, she was the second highest paid person in the U.S. (after publishing magnate William Randolph Hearst). It has been reported that when she signed on with Paramount Pictures, she demanded a salary of $251,000 because the head of the studio was making $250,000. She got it and at that time, the amount was the highest salary ever paid by the studio.

Mae always pushed back against a puritanical and patriarchal society. She usually played “broads” who manipulated men and got her way because of her sexual prowess. The Motion Picture Production Code (the early version of movie censorship) threatened to prevent many of her movies from reaching the screen because they saw them as too sexual. As a result of these codes, Mae began to use sexual innuendo to get her material past the censors, and not only did it work, it made her even funnier.

Let’s keep in mind that not all feminist groundbreakers were serious. Many were powerful broads who could make the whole world laugh while striking down the patriarchy.