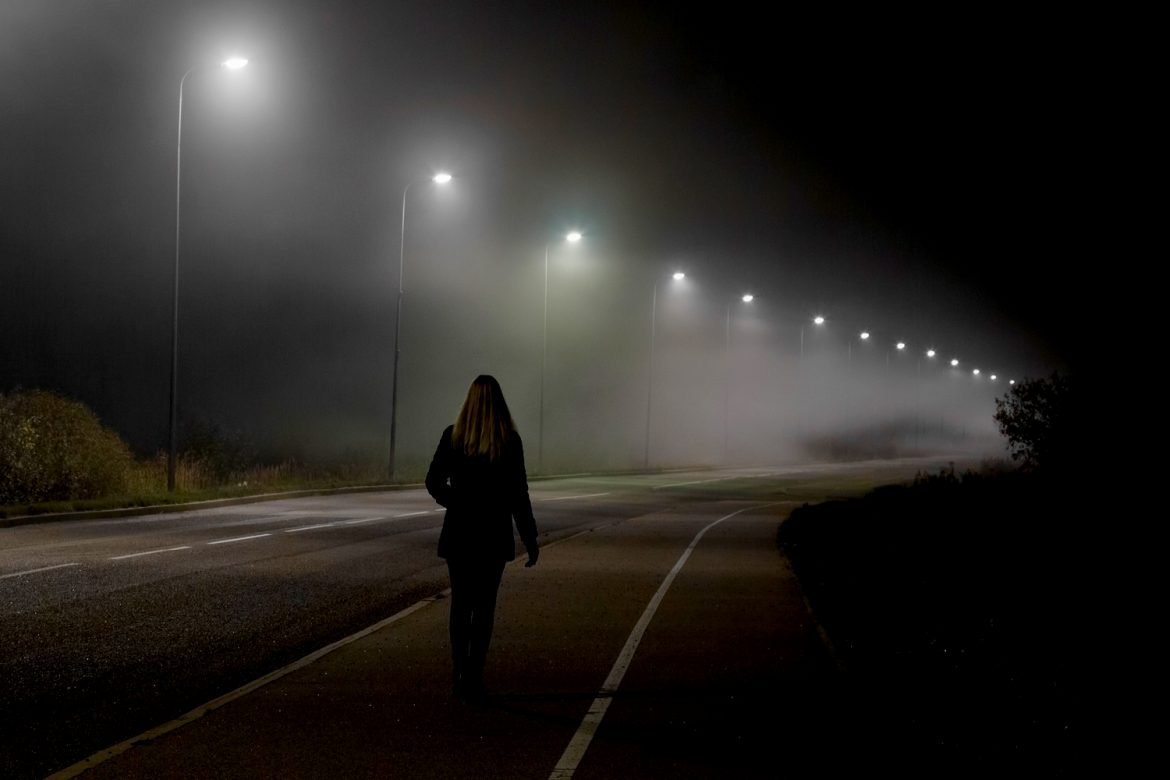 “Oh, I don’t usually smoke,” I said as I lit the cigarette hanging out of the left side of my mouth. The boy across from me nodded and laughed, “Me neither!” Several other people huddled on the postage-stamp-sized back patio in the dark hailed us in agreement.

I was 19 and at a party where I didn’t know anyone. Well, I knew Victor. He’d picked me up from the dorm but was currently nowhere to be seen. I had the social acumen of a lemming, but I knew enough not to pathetically tag around after him. I’d already discovered, when in awkward doubt, camaraderie could be found with the smokers. So there I stood, plastic cup of cheap beer in one hand, cancer stick in the other, talking to a strange but friendly boy in avoidance of feeling like a John Huges wallflower.

Later that night, when I was a little tipsy and had exhausted my two social coping skills — smoking and…okay, my one social coping skill — I was ready to go home, but Victor was too drunk to take me. “Just crash here,” he said, “They don’t mind.”

I was sketchy on who exactly lived there, and there were already people in various stages of passed out all over the couch and floor.

“Don’t worry, no one will steal the four dollars in your back pocket or try to molest you.”

I had a dismaying tendency to go leaping into suspicious situations similar to this one, so it’s pretty impressive that my brain was even doing what it was doing, which was whispering to me, “yeahhhhh, I don’t think so.”

Actually, that’s a little bit bullshit. I really wanted to go home because I am an introvert, and I was tired. The idea of sleeping on the floor in a place full of strangers made me want to stick a fork in my eye, and it had little to do with fear for my own safety, but this next part sounds a lot less stupid if you believe the former paragraph.

I called the ride service that was supposed to pick students up and take them home in just such circumstances, free of charge. I had a little yellow sticker with their phone number on the back of my student ID. This was the early 90s, so I called from an actual phone attached to a wall via phone jack, then I waited outside. They never came.

So what do you think I did? Find a sober person to drive me home? Nope. Call an actual taxi because even as a poor college student, my safety was worth cab fare? Nope. Suck it up and crash out on the floor anyway? Double nope. I started walking the fuck home. Down Riverside in East Austin in 1994 at 2 a.m. It was about a four-mile trek (which I didn’t know until I looked it up just now), and it involved a long stretch of dark, I-35 access road through a sketchy part of town.

I had more or less sobered up by then, so I can’t blame the decision on drunkenness. Despite the social messaging from my teenage years telling me all girls were good for was showing off belly piercings and laughing at guys’ bad jokes, I had somehow maintained my childhood belief that I could survive anything by sheer force of stubbornness and will. I knew it was ill-advised, but I was super-confident. Super-dumb? Both?

I figured I’d just look straight ahead, walk with purpose, and not get into anyone’s car.

Twice, scraggly-looking guys called to me from rusty, muffler-rotted cars that slowed to a roll by the sidewalk, “Hey, pretty girl, you need a ride?” Not breaking stride, I’d shake my head and keep going. As many people as were cruising the streets and hanging around the Jack-in-the-Box with the munchies, I felt reasonably safe. Then, I rounded the corner onto the frontage road and stared downhill into the dark and deserted maw of the eastside underpasses. Reasonable fear finally arrived.

I could have turned around and called someone to come get me from the gas station or gone back to the apartment. But I took a deep breath, swallowed the lump in my throat and started down the road. It felt like a black-hole trap between the highway on the left and the hills on the right. Was I overconfident in my abilities? Too stubborn to admit defeat? Was I too proud to ask for help and too introverted to spend the night in a strange apartment with a bunch of randos? Yes. All of that.

I was just beginning to wonder if I had made a life-altering/ending decision when help arrived in the form of pizza.

Or, more specifically, a pizza guy. A truck pulled up next to me, and the driver called through the open, passenger-side window, “Do you want a ride?”

I looked at the truck — white with a lit “Pizza Hut” sign on its roof. I looked at the guy — dark hair, average build, older (which at that point in my life probably meant he was 30), and big, honest-looking eyes. I glanced down the frontage road into the darkness and said, “Yeah, thanks.” I got in.

I was a little nervous, but he seemed trustworthy. Nevermind the fact that most serial killers are plenty affable and charming, too. At the very least, I saw him as the lesser of the possibly rapey, murderous evils.

He said he had just finished working and was on his way to pick up his wife at night school. When he dropped me at the front of my dorm, I thanked him and went upstairs to my lovely, soft, all-by-myself bed. My best friend/roommate was out of town, which was good because she would’ve killed me when I told her how I got home.

When I look back on that story, I thank the universe for my own, charmed luck.

I’d like to think that getting in that truck was an okay decision because I am such a fantastic, intuitive judge of character, but that’s just me stroking my own bullshit little ego. It was luck. And I guess good odds because most people aren’t serial killers.

What I really marvel at, though, is how ridiculously confident I was in my ability to take care of myself. At the age of 19, I was tits-deep in patriarchal messages telling me I needed someone with a penis to protect me, and yet I was still convinced I could kick murderous, mugger ass and take serial killer names. And making the decision to get into the truck was more of a calculated risk assessment than a whim.

Despite the naive idiocy of the whole endeavor, I’m proud of that girl-woman for her strength and reasoning. So, I’m going to subvert another misogynistic indoctrination — the one that holds we should be deferential and self-deprecating at all times. You know what? Sometimes, I fucking rock.