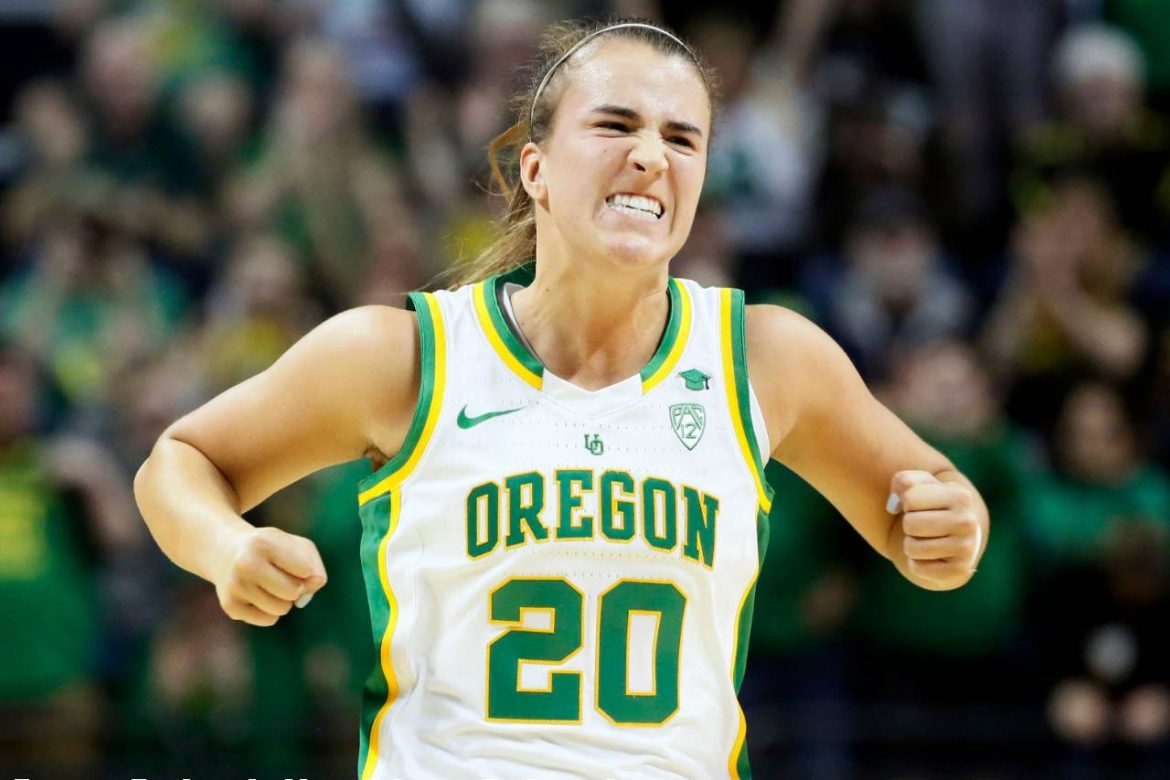 A Small Taste of Oregon Whine

I’d like to whine for a little bit, if I may. Coronavirus took something from someone I care about, and it’s just not fair.

Now, I’ll admit there’s a lot embedded in this statement that most people will find not just whiny, but annoying when I reveal that what was taken away was the women’s NCAA basketball tournament. A sporting event that for all its glory, only 3% of the country watched last year.

My lament probably seems silly when I know that other larger sporting events, like the NBA finals which were watched by 15 million people last year, was also canceled. And if you have bigger, more important Coronavirus concerns and care not one whit about sports, I’m sure you’re not bothered by the fact that they’ve ended.

The person I care about in this scenario is Sabrina Ionescu, a senior for the University of Oregon Lady Ducks basketball team, and quite possibly the best women’s basketball player of all time. She and I have what scholars call a “para-social relationship,” which is to say I watch her on TV, I’ve never actually met her, and she doesn’t even know I exist despite the fact that in my mind we’re “dating.”

My whine probably seems particularly silly to people whose family and friends are genuinely suffering from coronavirus, and I would not dispute that. It probably also seems silly to fans of the University of Washington, Stanford, UConn, and every other school the Lady Ducks have destroyed on the basketball court this year, and I would dispute that. It’s not my fault your teams suck.

Regardless of all these legitimate reasons for my whining not meaning much in the greater context of life, death, and organized sports in America, I’m going to do it anyway. I’m going to whine today. Coronavirus ended the women’s NCAA basketball tournament, and I can’t help but hurt for Sabrina. (Yes, I call her by her first name. It’s not like I’m ever going to meet her to find out if she objects.)

If you’re not a fan of organized sports in America, you may have no idea that women’s professional sports in this country basically make no cultural footprint.

If you are a fan of organized sports in America, you absolutely know that.

The Women’s National Basketball Association, The National Women’s Soccer League, the… well, actually that’s it. That’s all the major women’s professional sports leagues in this country. But even those two leagues play games all over the country and for the most part no one notices. Having spent countless hours watching ESPN, I can say this with authority.

We notice women players when a streak is stopped or a milestone is passed, an amazing play performed, or a joyous moment displayed. The same, however, could be said for car wrecks, birthdays, and a cogent Trump speech without a lie: it makes the news because it rarely happens.

It also tells you the state of women’s sports in America: no one really cares.

Certainly, there are rabid fans of women’s basketball and soccer. In Portland, Oregon, for instance, the Thorns FC, a women’s professional soccer team, regularly play before sell-out crowds of 25,000 people, and I assume there are similar teams across the country – and they suck, too. (Go Thorns!) But they are the exception, not the rule.

Like the women’s hockey team at the Olympics, or the Women’s World Cup in soccer, most Americans care about women’s sports when there’s a gold medal at stake, and that’s about it. If you don’t believe me, tell me the last time you saw a professional woman athlete anywhere but on the field of play? Hell, Michael Jordan made $145 million in endorsement deals last year, and he hasn’t played since 2003.

Contrast that with Megan Rapinoe, all-star women’s soccer player, and most valuable player of the 2019 Women’s World Cup. She’s more famous for torching the president on Twitter and filing lawsuits against misogyny than she is for any endorsement deal she’s signed. Sex sells, it appears, only if it’s not involved in the gender of an athlete.

I wanted it to be different for Sabrina, because sadly enough it already has been. She was one of the selected speakers at Kobe Bryant’s public memorial service. There, 20,000 people at the Staples Center and millions more people on TV saw what we in Oregon already know: she is not just a remarkable basketball player, but a remarkable human being.

The women’s NCAA basketball tournament was going to be a chance for the whole country to see her the way everyone in Oregon has seen her. And likely her last one, given the pop culture desert that is women’s sports after college. Now that’s gone. That crowd that saw her speak at the Staples Center may be the largest crowd she ever performs for in her life.

It’s not fair that the pinnacle of a woman’s athletic career is when she’s not even paid. It’s not fair that after four years of working to complete the unfinished business of a national championship, Sabrina and the Lady Ducks’ journey will remain forever unfinished. I wanted better – I want better – for all of the women’s athletes I’ve come to watch over the last few years. Yes, even the ones that play for Stanford and Canada. But that’s not going to happen this year.

Thank you for letting me whine.